President Barack Obama's Fiscal Year 2014 budget request is at odds with the majority of Americans' views on Social Security, according to recent Pew Research Center polling of some 1,500 Americans. Obama has proposed to modify how regular Social Security benefit increases are calculated by switching to a "chained" Consumer Price Index (CPI) to determine the annual cost-of-living adjustment (COLA), which would lead to benefit cuts for Social Security recipients over time. Social Security is extremely popular with 87 percent of Americans who support maintaining or increasing spending in this area.

Aside from the president's proposal, only the Republican Study Committee's FY 14 budget plan proposed decreasing Social Security benefits. The budget plan from the Republican chair of the House Budget Committee, Rep. Paul Ryan (WI), only recommended that "the President and Congress to work together to forge a solution for Social Security" – essentially putting the ball in the president's court. Senior administration officials have described the proposal to cut Social Security benefits as a good-faith effort to compromise on earned benefit programs in order to entice Republicans to the negotiating table to reach a fiscal "grand bargain" on spending and revenues 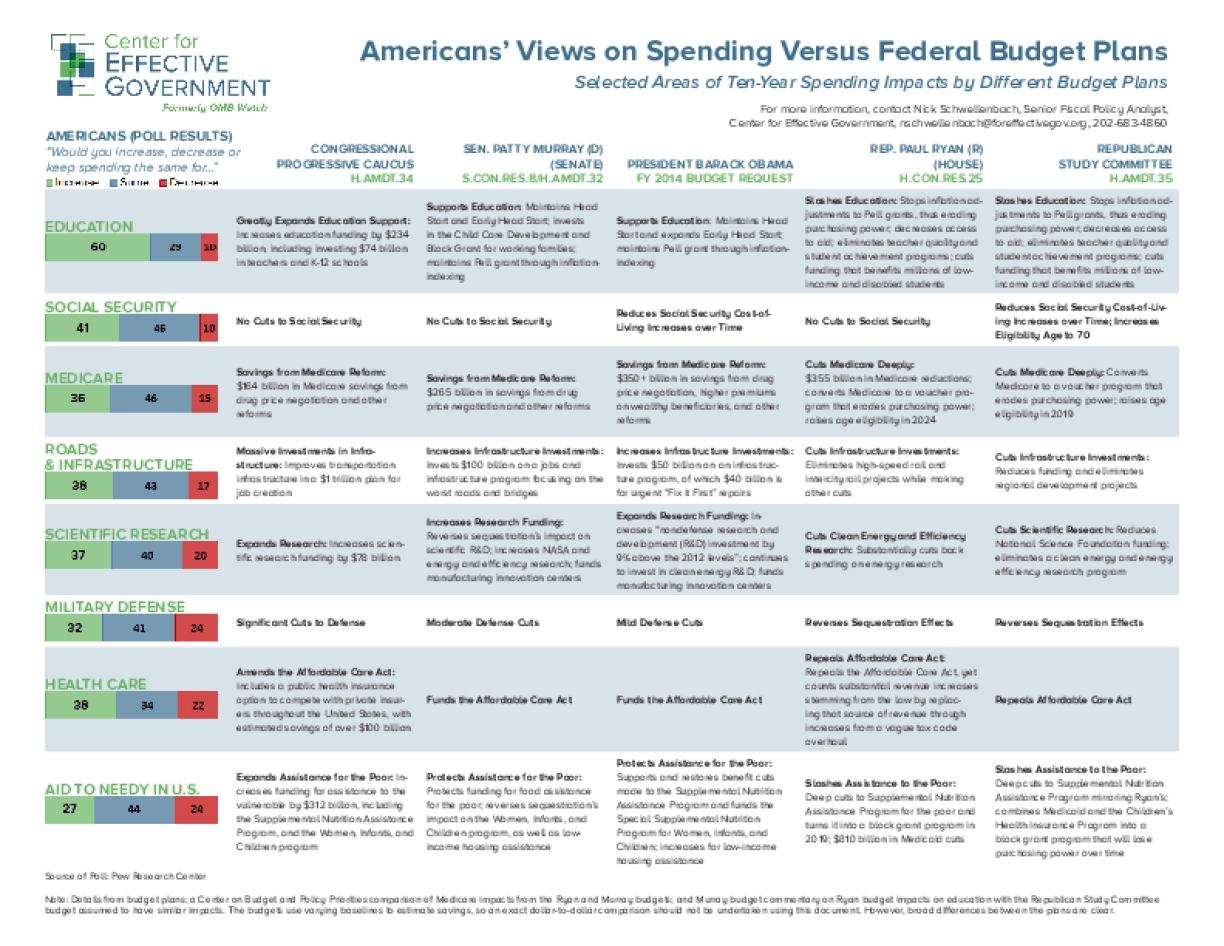