Americans Want an Issues-based Campaign, but Don't Always Agree on Which Issues Matter Most

​As the 2016 presidential campaign heads into the final stretch, Americans remain just as frustrated and angry about the election as in May when the primaries were drawing to a close. In the latest national poll conducted by The Associated Press-NORC Center for Public Affairs Research, the public says their issues and concerns are not being addressed by the campaigns, and there is too much focus on personal aspects of the candidates and not enough on their qualifications.

The issues that matter most to the public overall are health care, Social Security, education, and terrorism, although Republicans care more about terrorism while Democrats are more concerned with health care.

Regardless of party affiliation, Americans consider the economy and education to be of great importance to them personally. But partisan divisions are found in the level of importance assigned to many other issues asked about in the survey.

While disappointed in the focus of the 2016 election, this campaign is drawing the public's attention. Two-thirds of Americans say the election interests them in general, and 6 in 10 have paid a good deal of attention to the campaign so far.

The nationwide poll of 1,022 adults was part of the AmeriSpeak® Omnibus, a monthly multi-client survey using NORC at the University of Chicago's probability-based panel. Interviews were conducted between September 15 and 18, 2016, online and using landlines and cell phones.

Three Things You Should Know about The AP-NORC Poll on important issues to Americans: Among All American Adults... 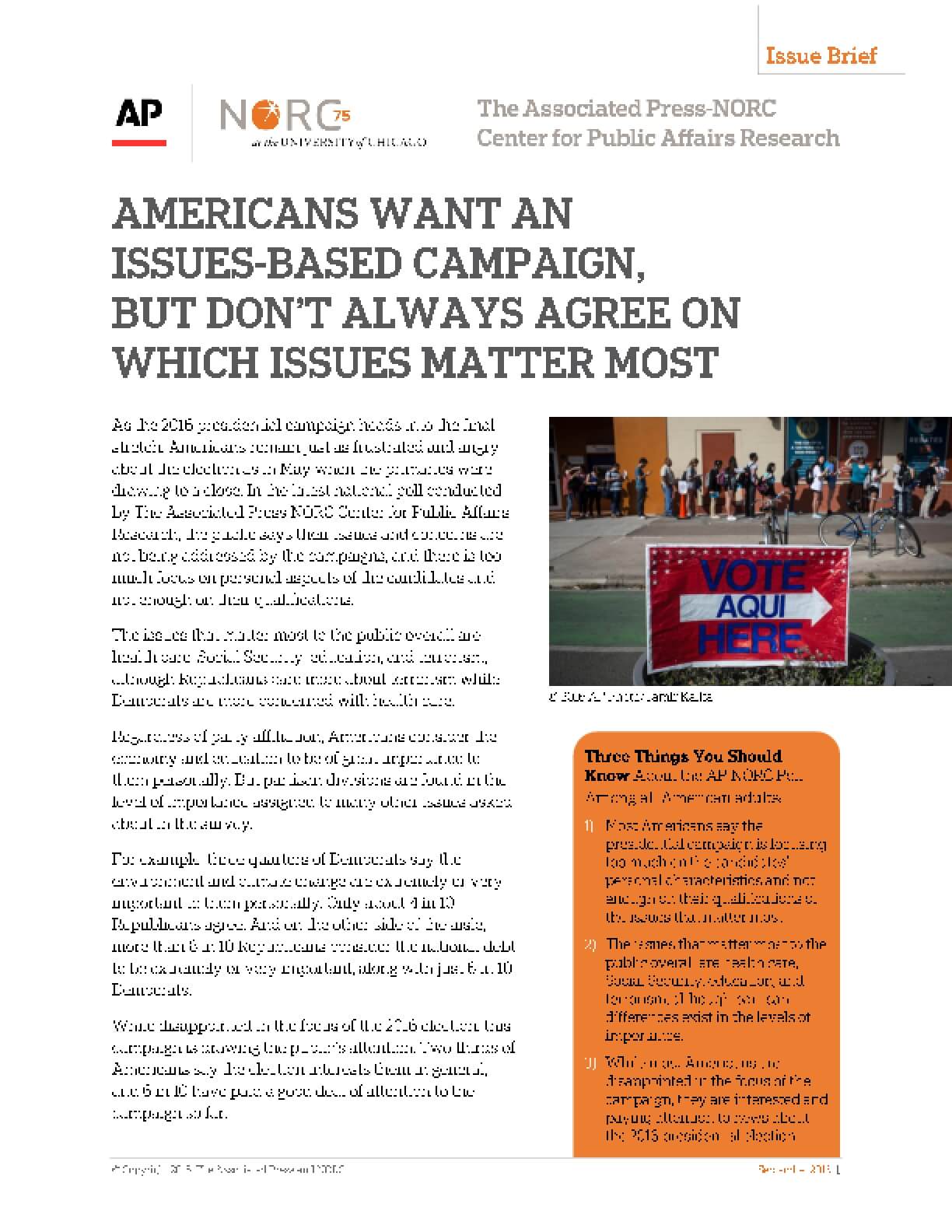