The Environmental and Energy Study Institute co-hosted a Congressional briefing entitled "Americans Want Growth and Green: A Smart Growth Policy Agenda" with the Senate Smart Growth Task Force and the House Livable Communities Task Force. The briefing was held to showcase the results of a national poll and report recently released by Smart Growth America, a new national coalition of more than sixty public interest groups concerned about sprawl. The results of the poll, which was conducted by Beldon, Russonello and Stewart in September 2000, shows that Americans strongly support policies encouraging smart growth strategies. According to Don Chen, director of Smart Growth America, 78 percent of those surveyed said they favored smart growth. In the report, Smart Growth America states that the coalition's goal is to help develop smarter growth strategies that protect open spaces, revitalize neighborhoods, keep housing affordable and make communities more livable. 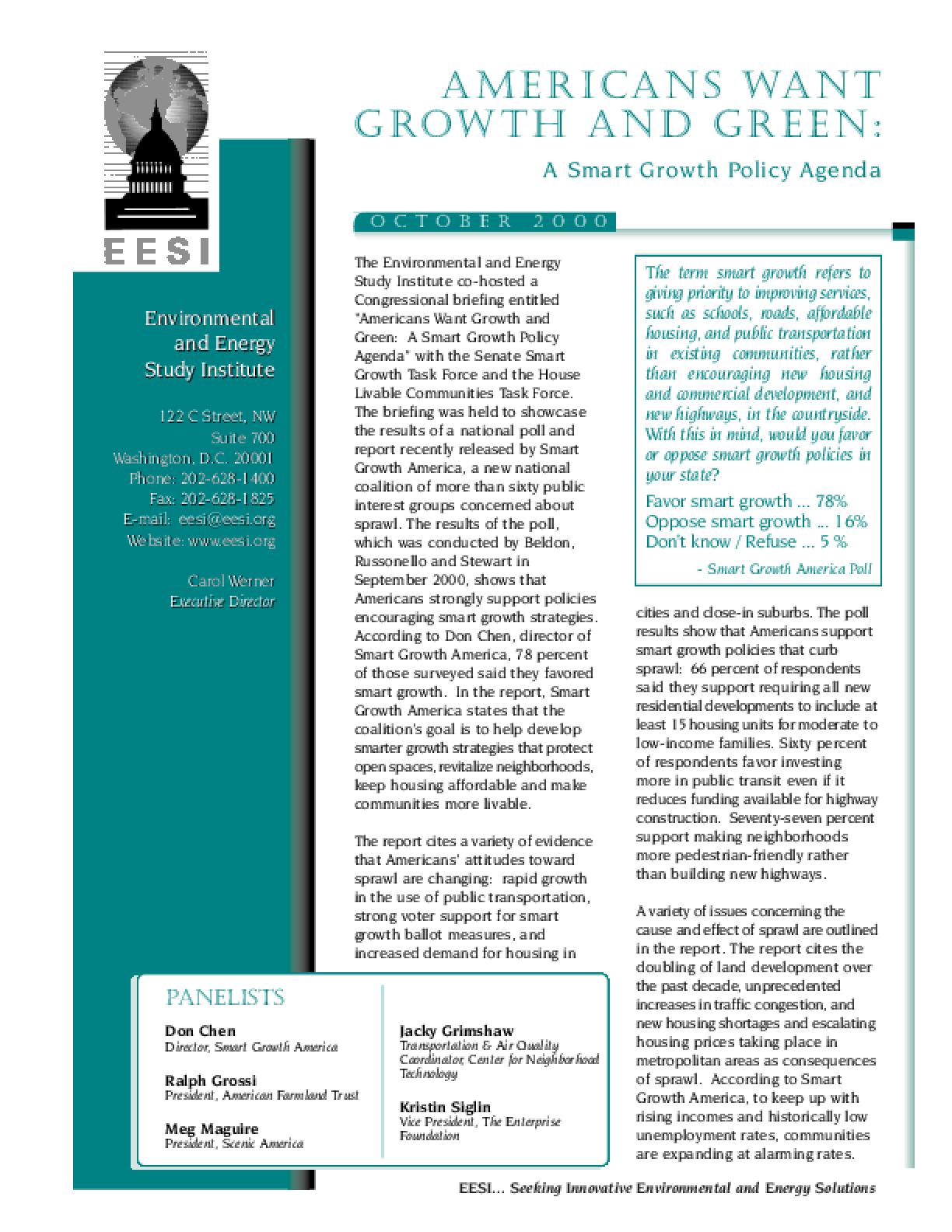