Amid Criticism, Support for Media's 'Watchdog' Role Stands Out

Public evaluations of news organizations' performance on key measures such as accuracy, fairness and independence remain mired near all-time lows. But there is a bright spot among these otherwise gloomy ratings: broad majorities continue to say the press acts as a watchdog by preventing political leader sfrom doing things that should not be done, a view that is as widely held today as at any point over the past three decades. In the wake of revelations about government activities, including the NSA surveillance program and the IRS targeting of political groups, nearly seven-in-ten (68%) say press criticism of political leaders keeps them from doing things that should not be done, while just 21% say press criticism keeps leaders from doing their job. Support for the media's watchdog role has risen 10 points since 2011 even as other press ratings have shown little sign of improvement 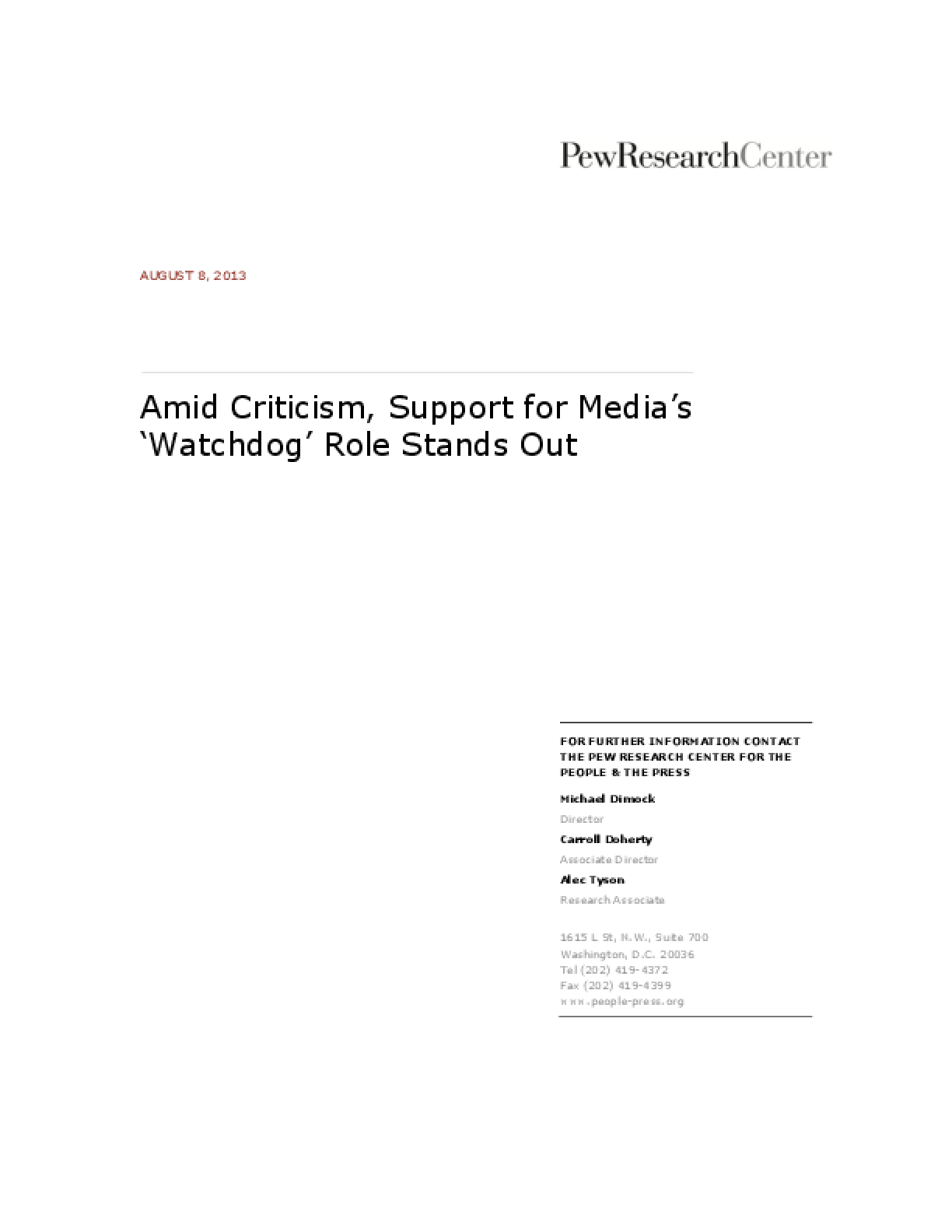