Ammunition: The Fuel of Conflict

Hundreds of thousands of people are killed each year through the misuse of small arms and light weapons (SALW) in violation of international humanitarian law and human rights law. Small arms ammunition is the fuel that keeps many of the world's conflicts raging. While small arms do not themselves cause conflict, they make it much deadlier, and a shortage of bullets can reduce or even stop fighting altogether. In the Central African Republic, fighters have been known to throw away weapons because they cannot buy the right bullets for them. Due to recent fighting in Somalia, the price of a single bullet has reached a record $1.50. 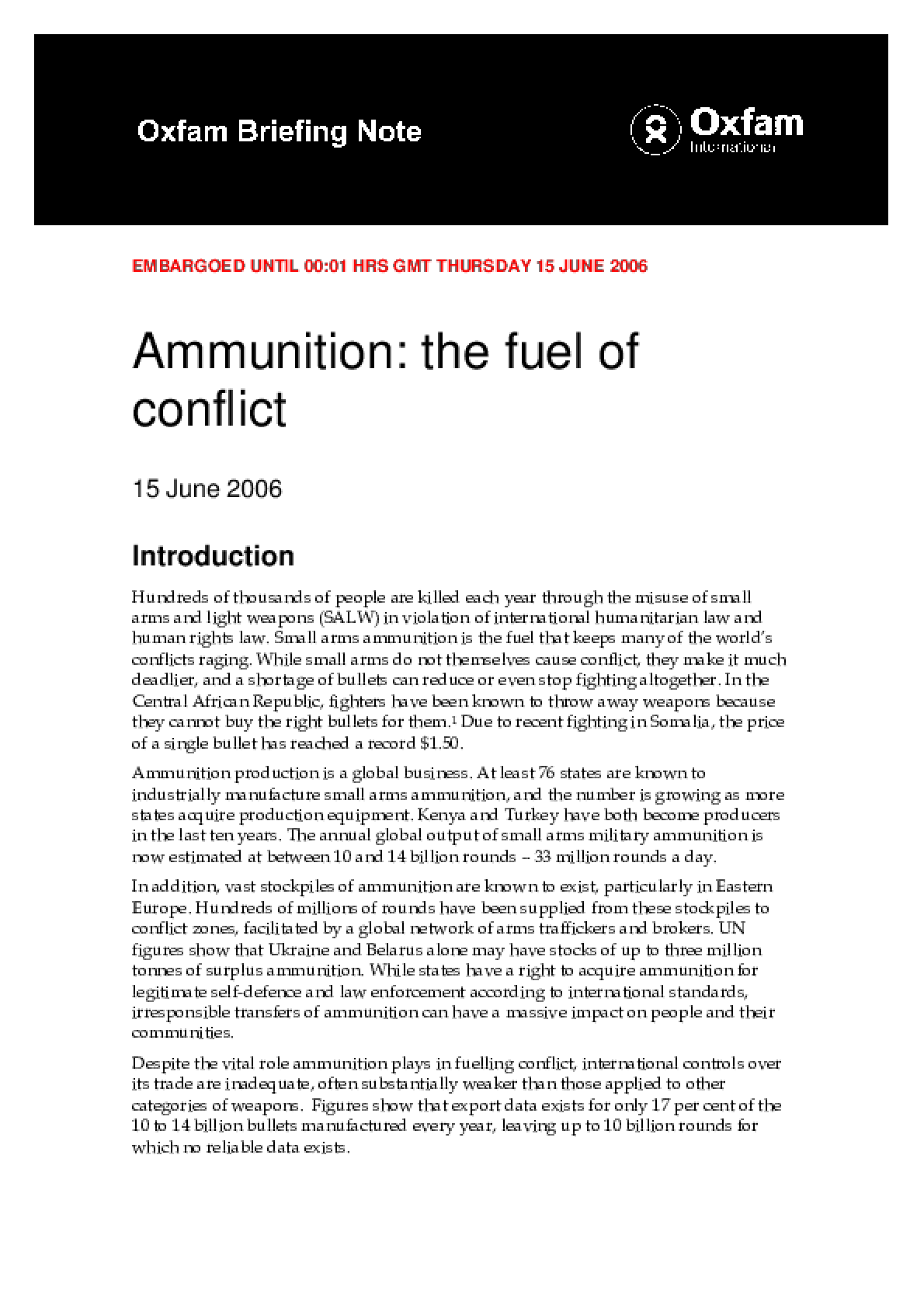