In the closing months of 2013, over 1,000 Americans gathered in communities large and small to discuss the world they want in 2030. They came together to answer a call to action from Secretary-General Ban Ki-moon for every UN member state to seek public input for a new and ambitious development agenda to replace the Millennium Development Goals when they expire in 2015. From October to December 2013, the United Nations Association of the United States of America (UNA-USA), a program of the United Nations Foundation, held day-long consultations in 12 cities across America. The 16 proposed development themes listed on the MY World 2015 website of the United Nations Development Programme (UNDP) served as the starting point for each conversation with participants ranking each theme while adding new ideas of their own. This report provides a window into the conversations that unfolded as Americans stepped back from their daily routines to think about how a new development agenda might impact their own lives as well as the lives of citizens of other UN member states around the world. The conversations included a diverse audience from age 15 to 95 and revealed both cross cutting themes and a few surprising findings. 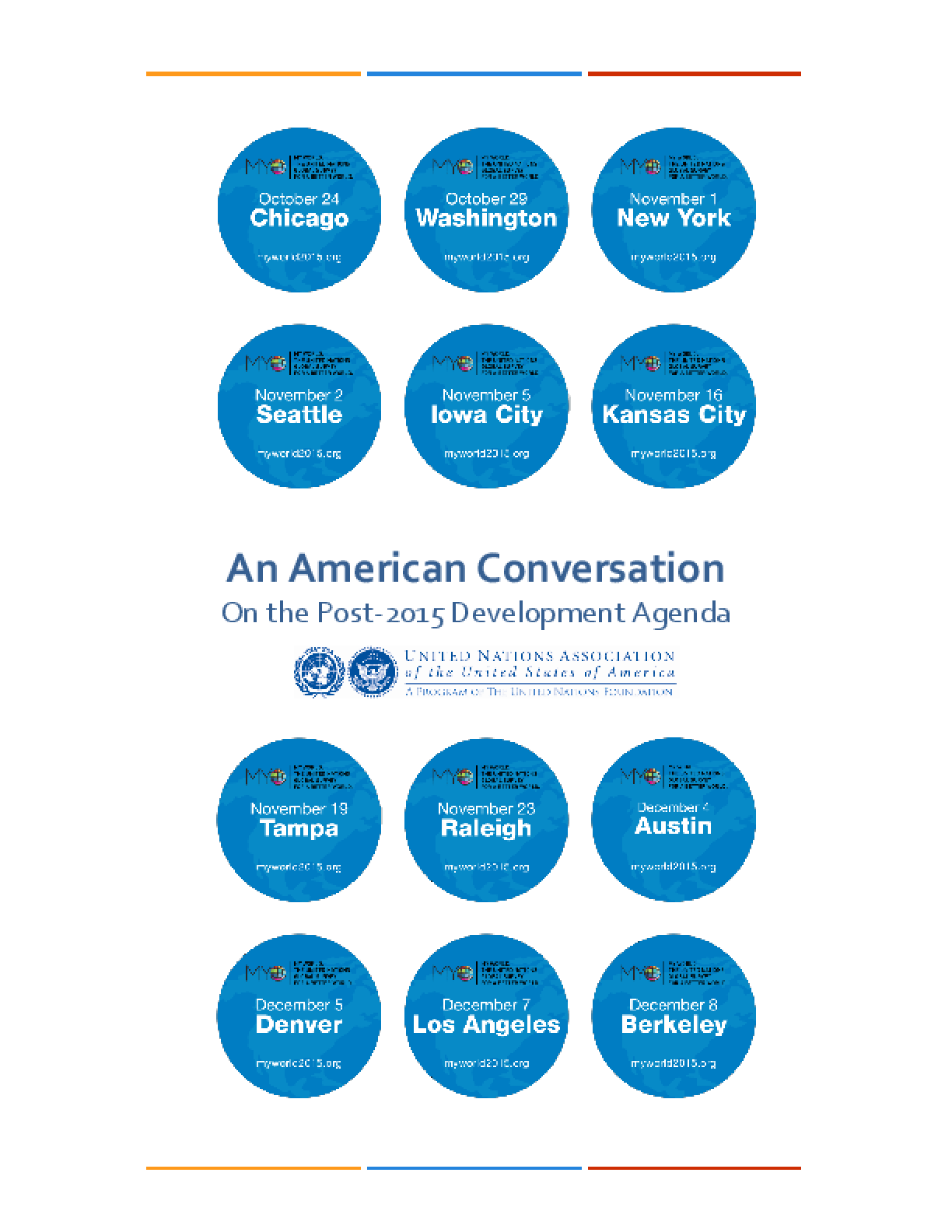