This report summarizes changes in specific characteristics of homicides over the past three years, such as victim/suspect demographic characteristics, locations and methods of the crimes and the parole/probation status of victims and suspects. In addition to presenting annual data for 2003, 2004, and 2005, the tables and figures in this report show how characteristics of the homicides changed from year to year and over the three year period. In general there was an overall homicide increase of 7% from 2004 (88 homicides) to 2005 (94 homicides). While this increase does represent a troubling trend, total homicides remain well below the 20 year average of 111.8 homicides per year, and represents a decrease of 17% from 2003. Demographic trends also appear to have shifted from 2004 to 2005 for both the victims and suspects. The percentage of Black victims and suspects dropped from 2004, while Latino and Asian victims and suspects both increased. The number of identified Latino homicide suspects is especially troubling, rising from 7 in 2004 to 13 in 2005. Finally, the number of suspects who were known to be on probation/parole status decreased from 59% to 49%. 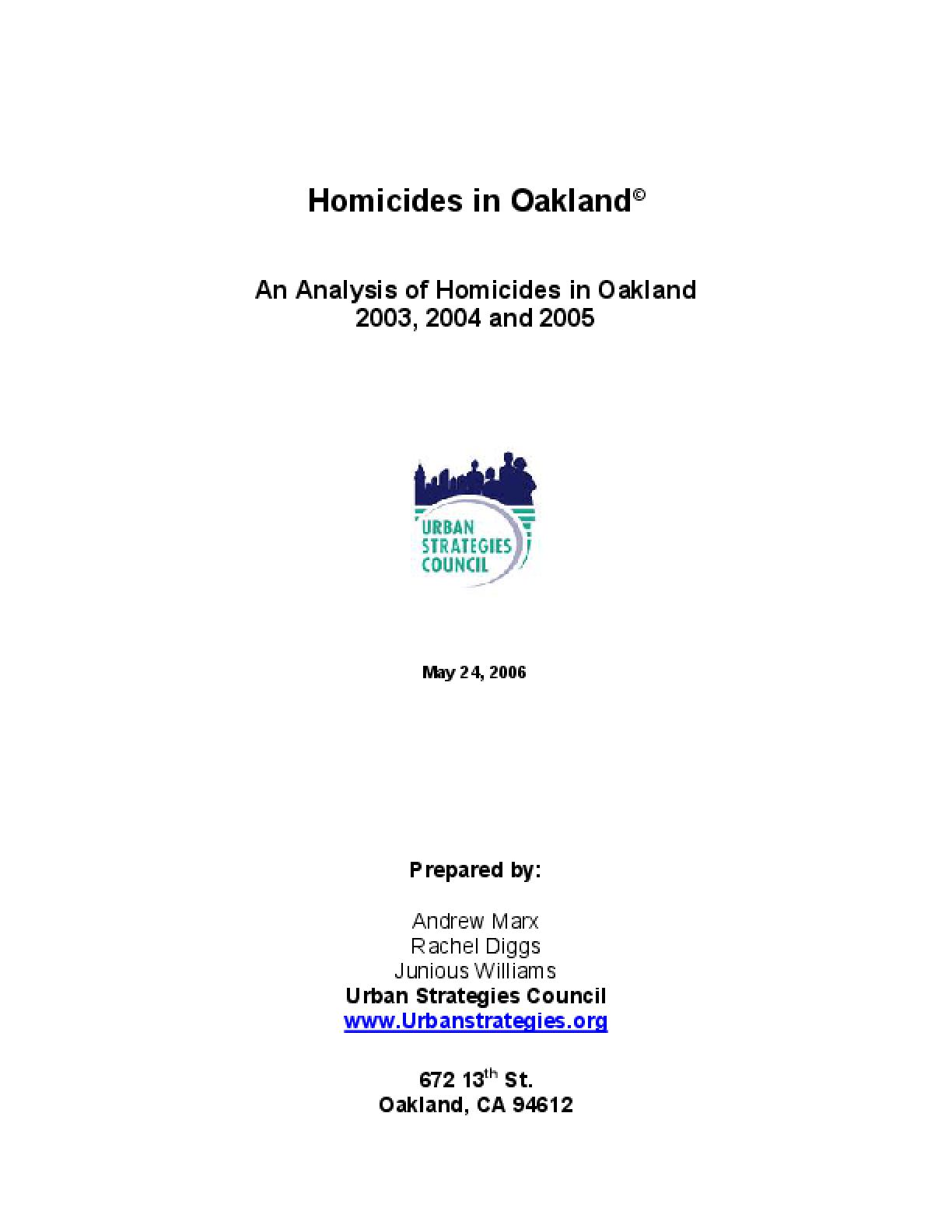