The report, authored by researchers from Columbia, Rutgers and the University of Massachusetts, analyzed 200,000+ encounters between BPD officers and civilians from 2007–2010. It is intended to provide a factual basis to assess the implementation of proactive policing in Boston and how it affects Boston's diverse neighborhoods. It found racial disparities in the Boston Police Department's stop-and-frisks that could not be explained by crime or other non-race factors. Blacks during that period were the subjects of 63.3% of police-civilian encounters, although less than a quarter of the city's population is Black. 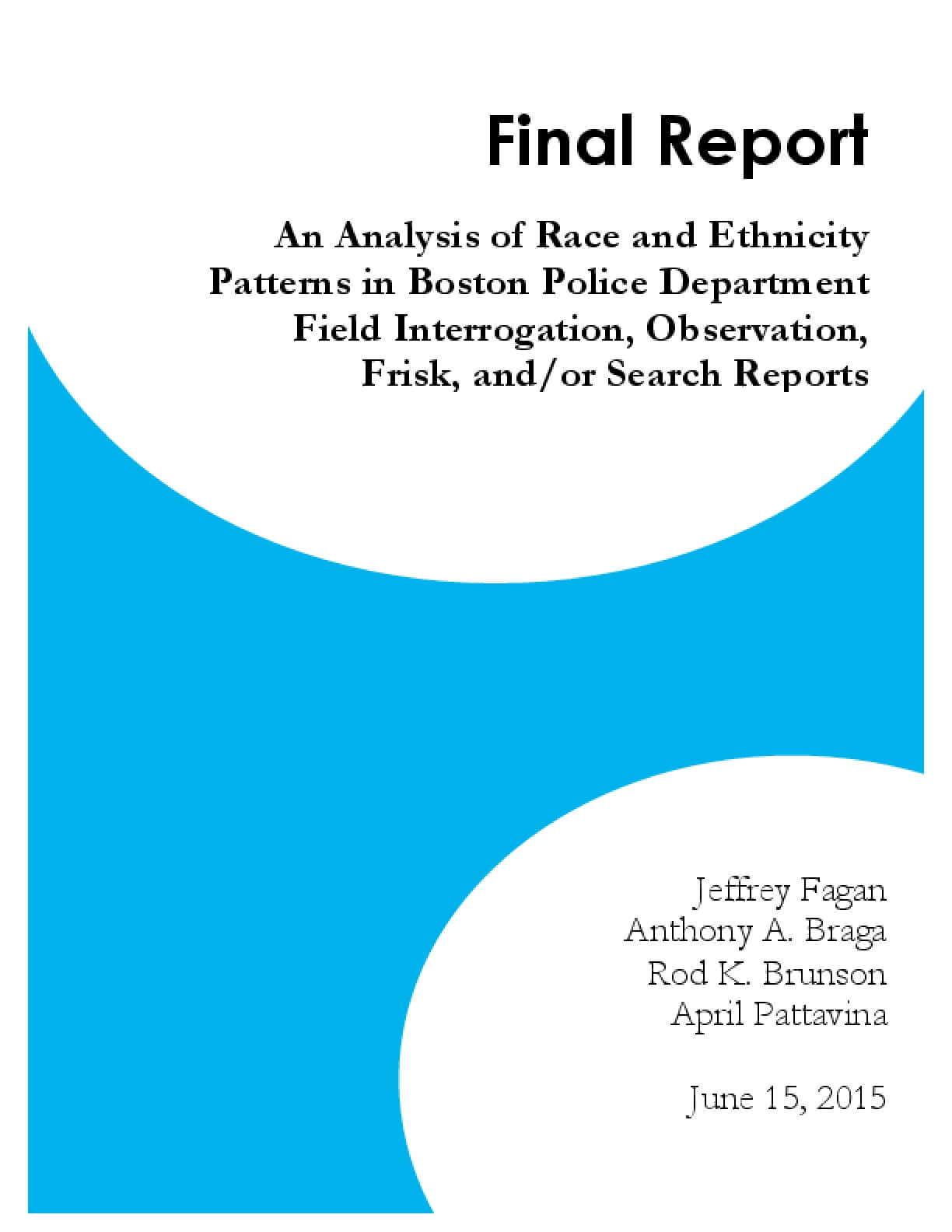