An analysis of Voter Fraud in The United States

As federal and state officials consider future reform efforts, as well as the merits of existing reforms, there is an acute need for better information and analysis about election and voter fraud issues. While the issue of fraud is raised continually in discussions of election reform, to date there have been few major studies of voter fraud in the United States. Too often in this area, hearsay and anecdotal information are put forth as fact in important public policy debates. Many key questions about fraud remain unanswered, including: How often does voter fraud occur? How serious a problem is fraud compared to other problems with the election process, such as those that occurred in Florida in the 2000 election or in Ohio in 2004? What kinds of voting methods are most vulnerable to corruption? What administrative, technological and legal steps can be taken to reduce the chances of voter fraud while also expanding opportunities to register and vote? 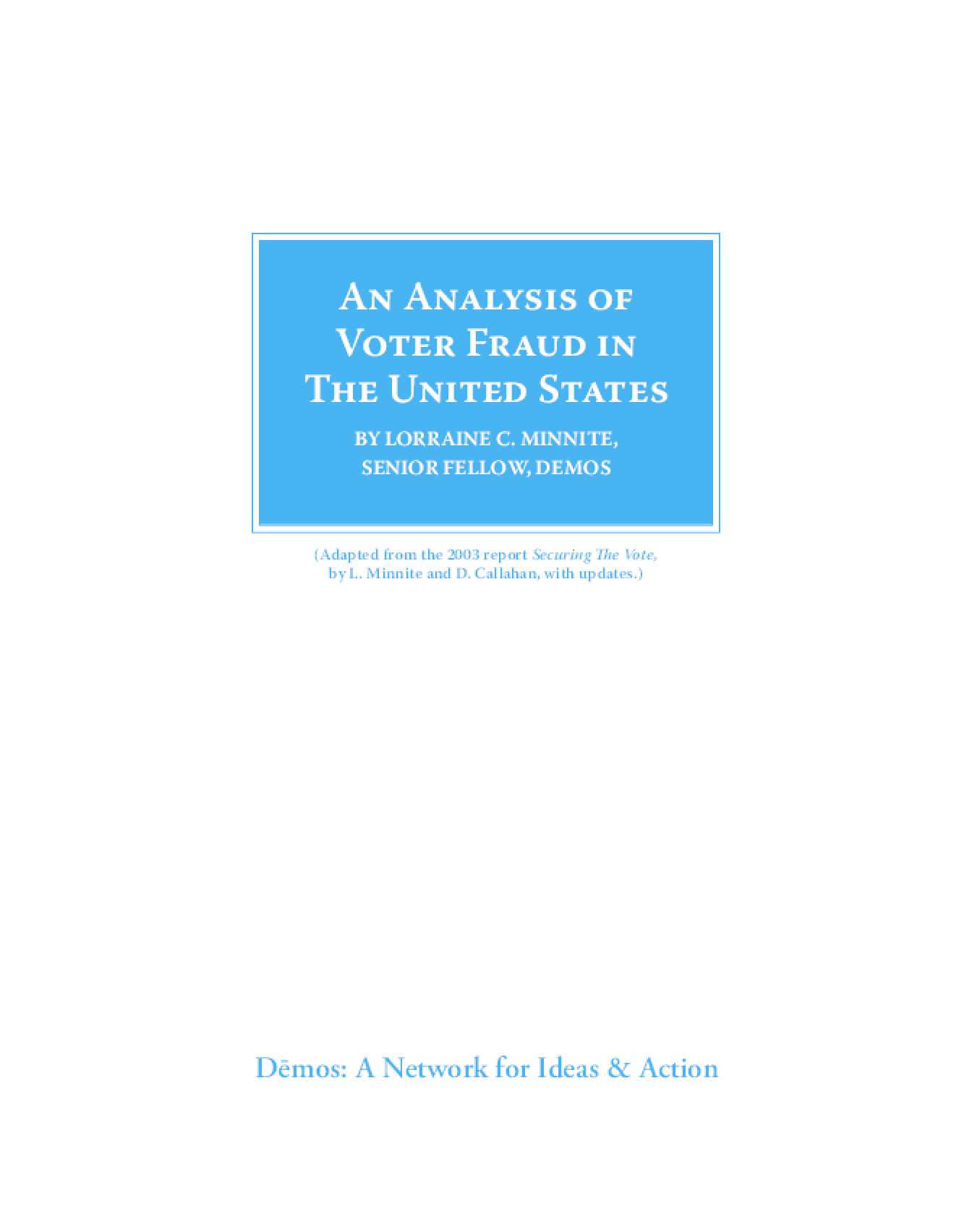