An Apple From the Teachers: Teachers' Unions Give Lessons on Contributing at the State Level

From 2003 through 2007, teachers' unions gave $112.5 million to committees working on 88 ballot measures in 22 states. In addition, international unions NEA and AFT and their affiliates gave almost $53 million to political campaigns for state candidates and political party committees. Fast Facts 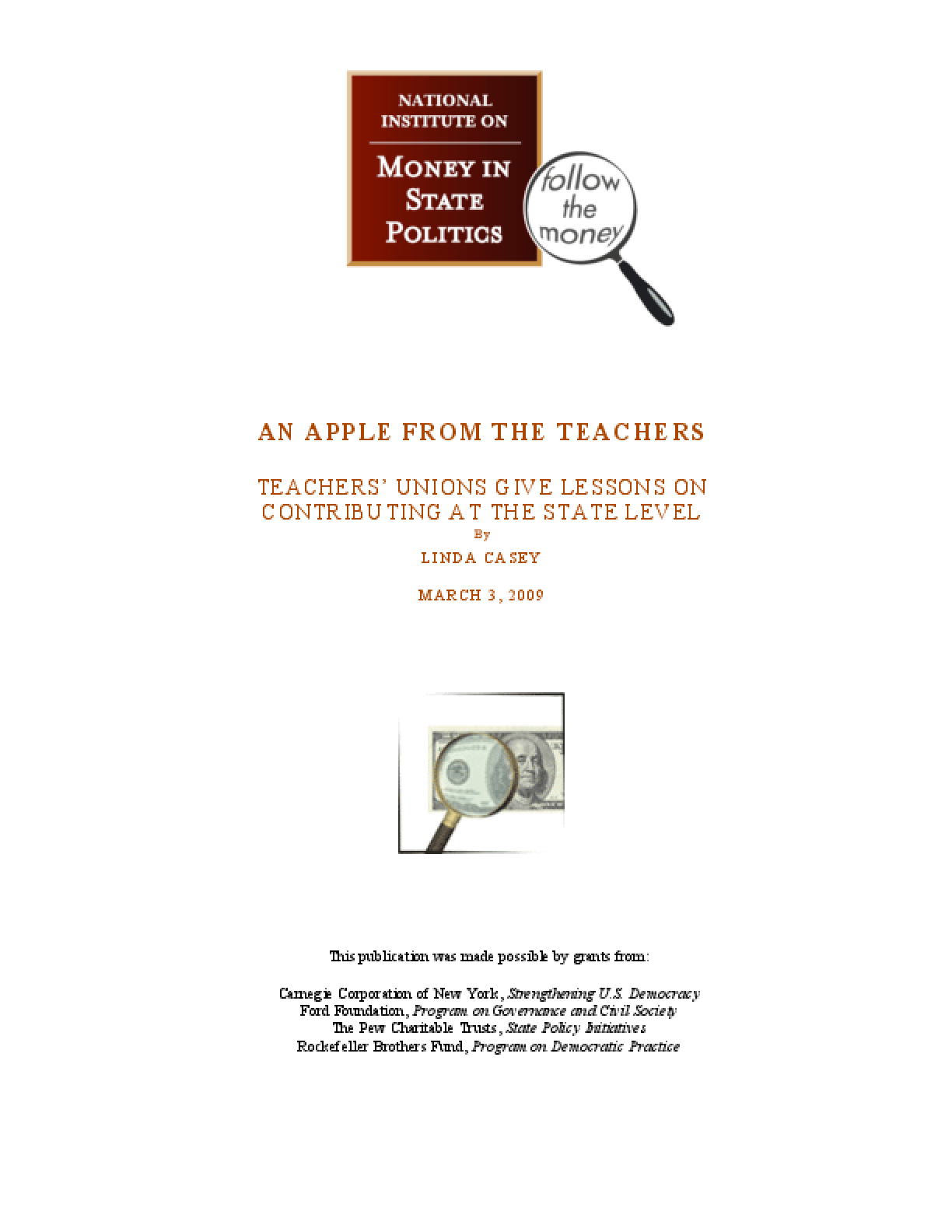