An Assessment of DNA Testing for African Refugees

In March 2008, the Bureau of Population, Migration and Refugees (PRM) -- the Department of State agency that processes refugees abroad -- halted its family reunification program, known as Priority 3 (P3), because of concerns that there were high levels of fraud in the program. The suspension of the P3 program has had devastating effects on African refugees in the United States seeking to reunite with their relatives. The U.S. accepts disproportionately low numbers of refugees from Africa, and the suspension of the P3 program means that even fewer African refugees have been allowed to enter the U.S. In September of 2010, PRM published proposed rules that would change its procedures for processing P3 applicants, including mandatory DNA testing to prove claimed family relationships. The prospect of mandatory DNA testing is of concern to refugees themselves, refugee resettlement agencies, the United Nations High Commissioner for Refugees (UNHCR), and other human rights advocates. Moreover, the implementation of DNA testing in the refugee context may portend required DNA testing in other areas of immigration admissions. Consequently, understanding the particular role DNA testing may play in refugee admissions -- its costs, its benefits, and the necessary safeguards if put into use -- provides insight into not only refugee admissions, but other issues that come into play in immigration policy, such as how family relationships are proven. This paper traces the underrepresentation of refugees from Africa in the U.S., the allegations of fraudulent African family reunification applications, DNA testing, and how the U.S. government intends to deal with the issue in the future. 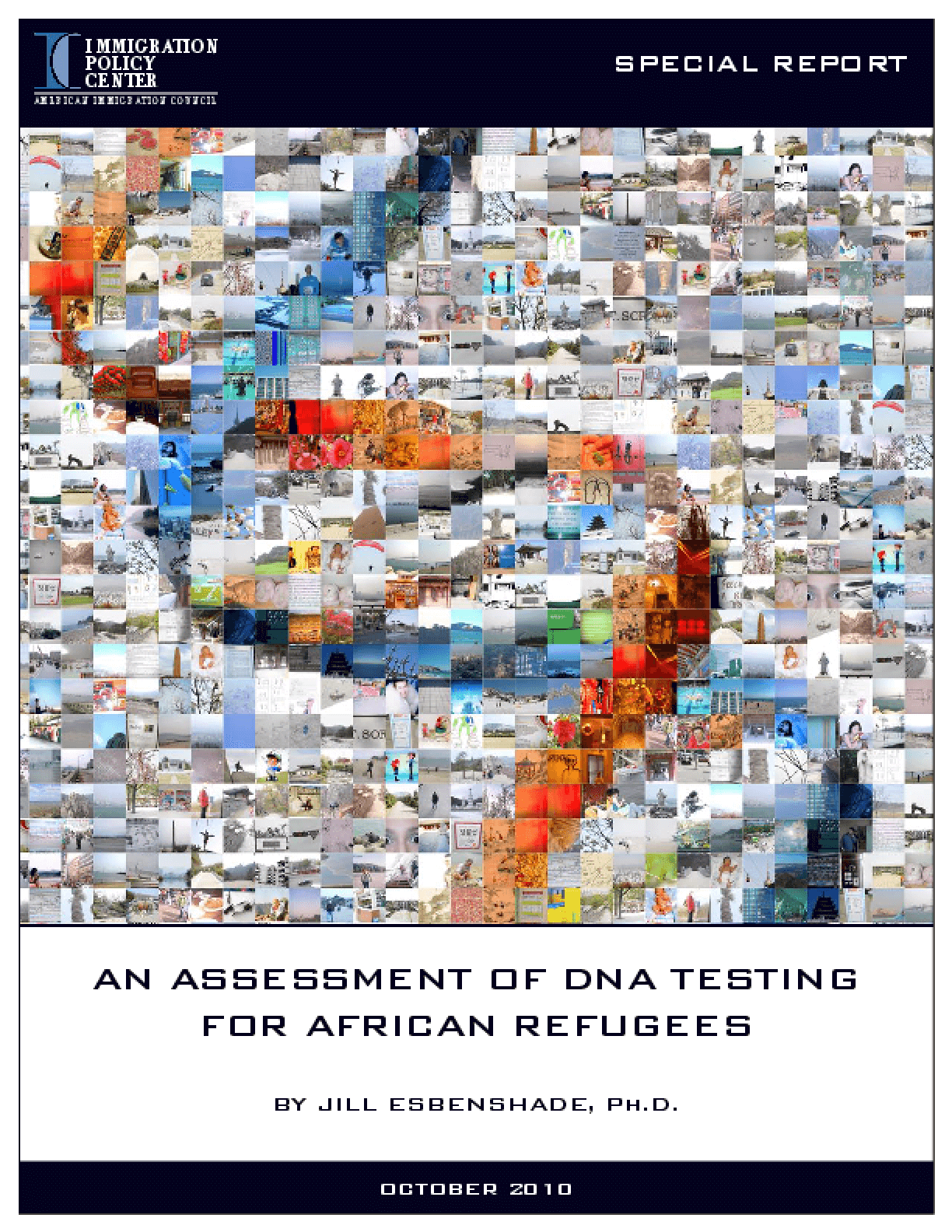