In this research brief, we provide an initial assessment of the executive summary of the New York City Economic Development Corporation (EDC)'s living wage study, The Economic Impact on New York City of Proposed Living Wage Mandate: Key Findings, released May 9, 2011 (hereafter "the EDC "study summary"). The study is being conducted for EDC by Charles River Associates and a staff of consultant economists. We emphasize that the executive summary provided by EDC omits many details about the methodology and data used and the basis for its conclusions, making a definitive assessment impossible at this time. However, even the limited explanation presented in the executive summary reveals a series of fundamental errors in methodology and analysis. 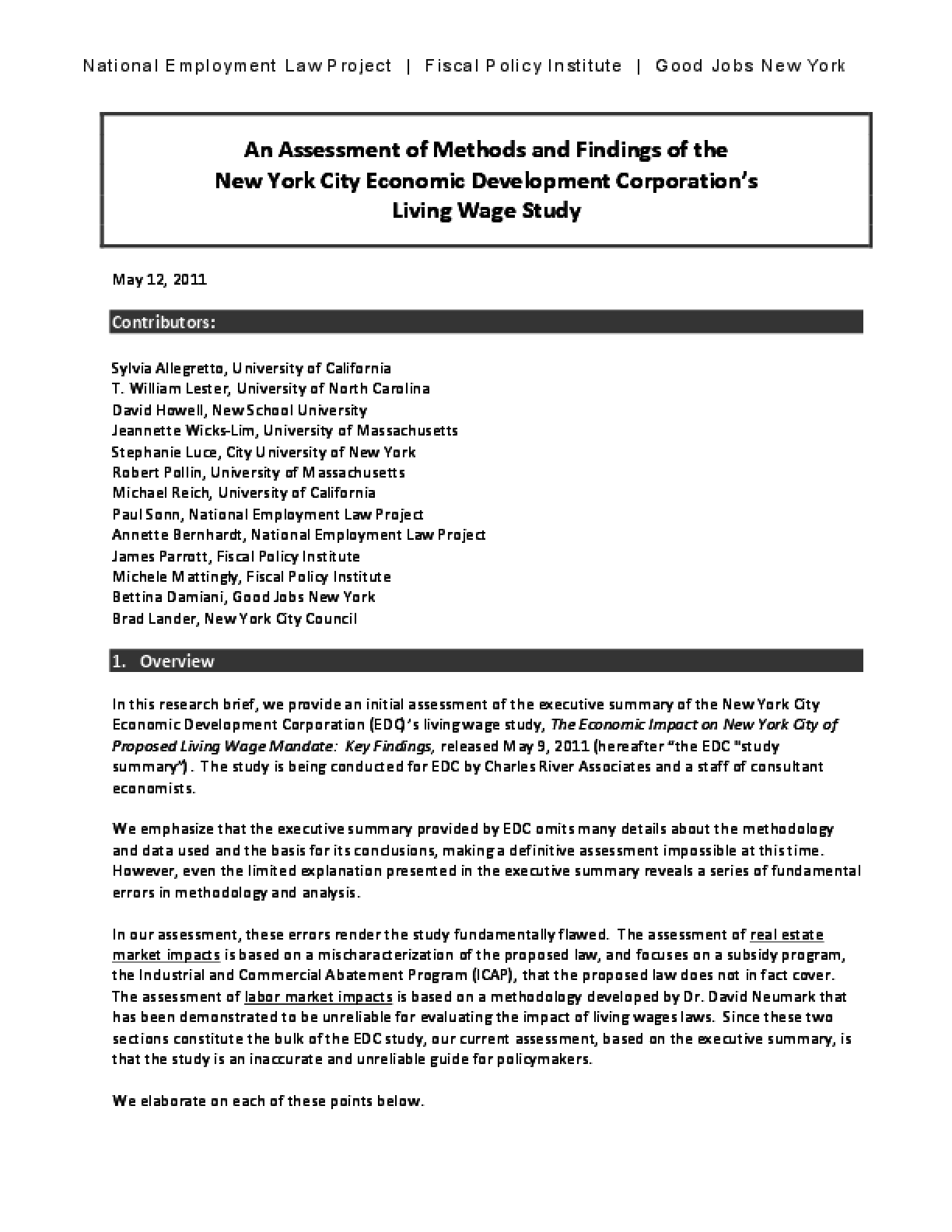