An Empirical Analysis of Racial Differences in Police Use of Force

This paper explores racial differences in police use of force. On non-lethal uses of force, blacks and Hispanics are more than fifty percent more likely to experience some form of force in interactions with police. Adding controls that account for important context and civilian behavior reduces, but cannot fully explain, these disparities. On the most extreme use of force – officer-involved shootings – we find no racial differences in either the raw data or when contextual factors are taken into account. We argue that the patterns in the data are consistent with a model in which police officers are utility maximizers, a fraction of which have a preference for discrimination, who incur relatively high expected costs of officer-involved shootings. 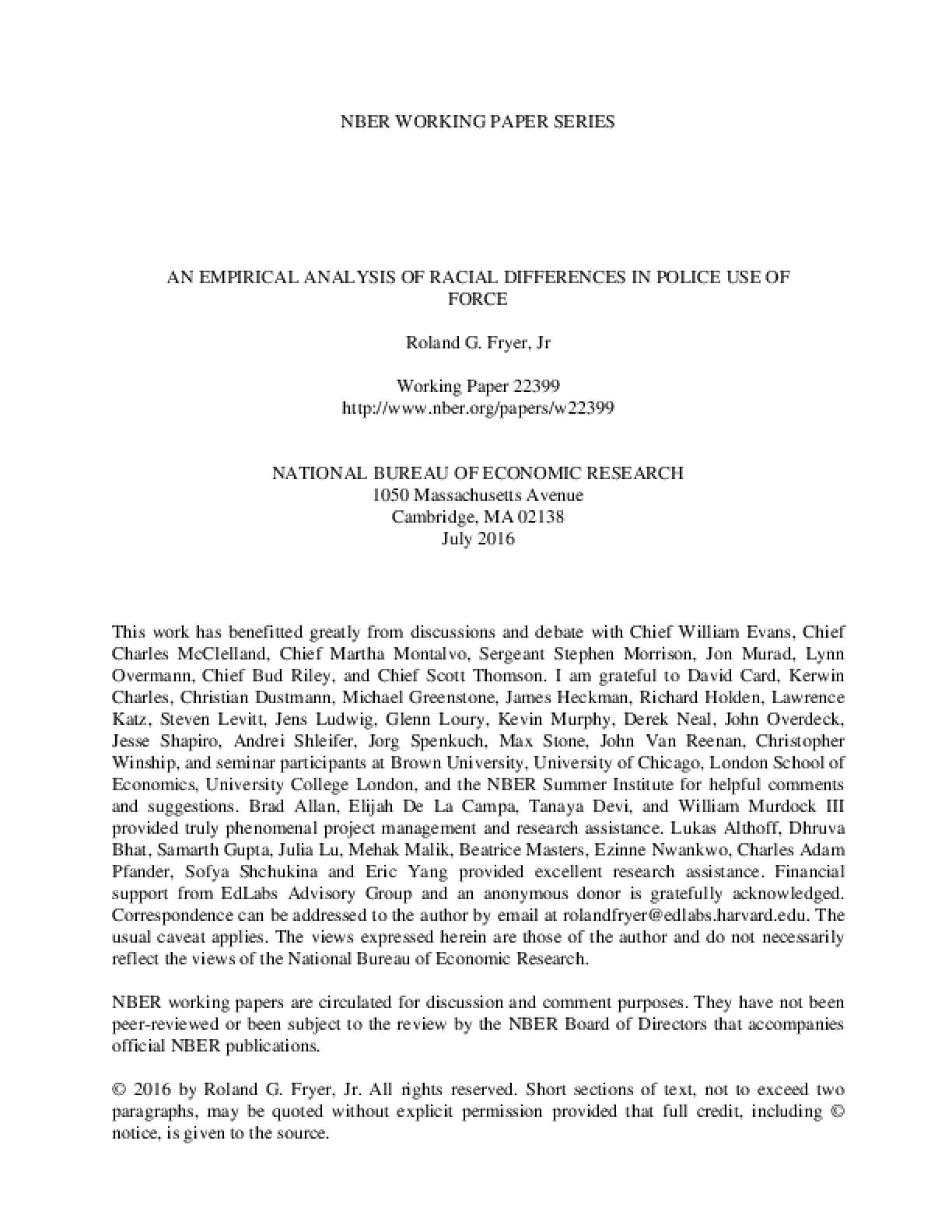