Using a collaborative approach, Rebuilding Together - Metro Chicago (RTMC) and CURL conducted a participatory process evaluation to examine the sustainable impact of programming on Chicago communities and participant homeowners. In addition to these outcome objectives, the evaluation included participant surveys with homeowners and volunteers that examined the goals and expectations, satisfaction levels, and programming best practices. This study, which focused primarily on National Rebuilding Day (NRD) sites in the City of Chicago, examined the impact of the NRD program in the years 2006, 2007, and 2008. RTMC worked in Chicago's westside neighborhood of Austin in 2006, while in 2007 and 2008, RTMC worked in the southside neighborhood of West Englewood. 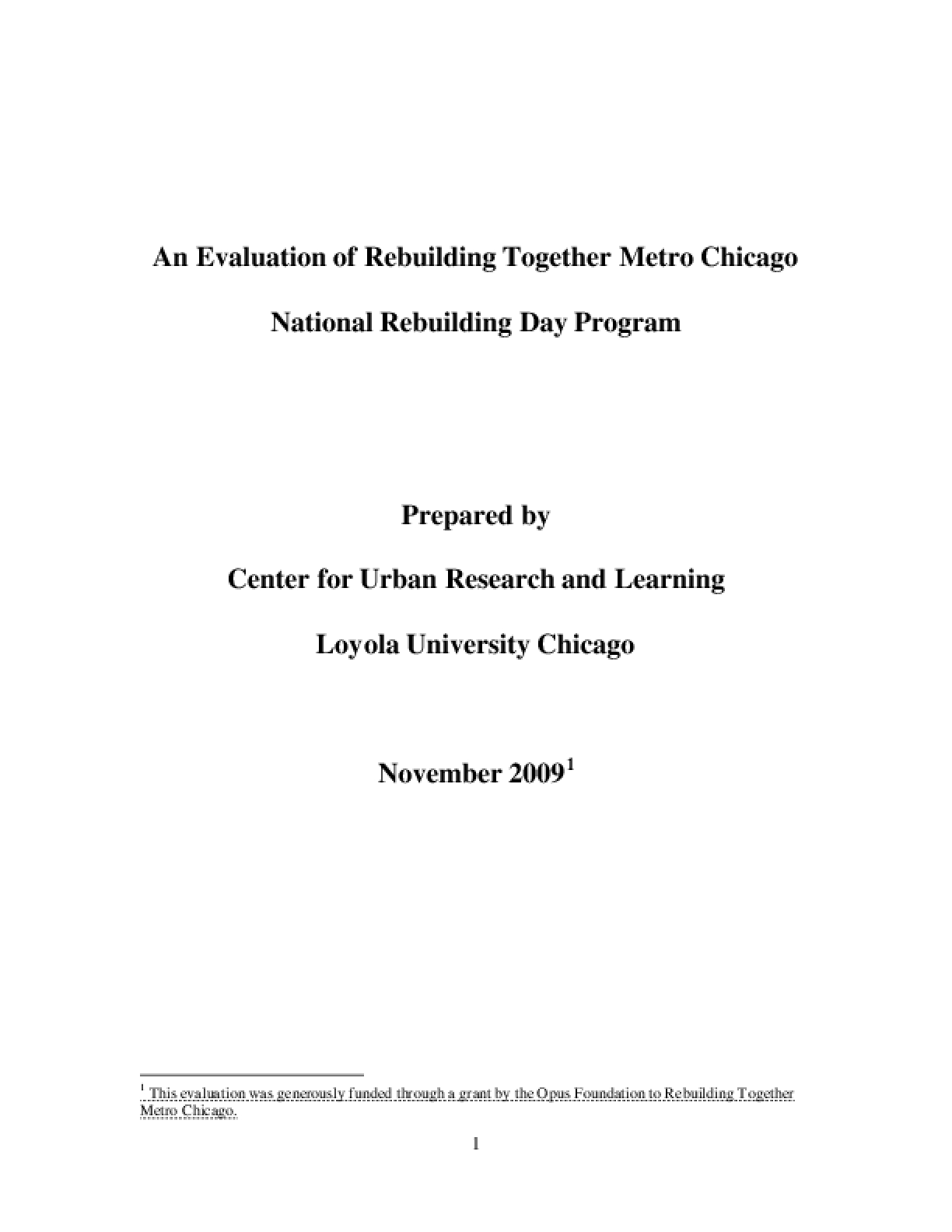