In our study of 43 drugs, prescription drug prices in several wealthy nations (Australia, Canada, France, Germany, and the U.K.) were much lower than in the U.S. on average, well below relative per capita GDP. There was relatively little difference among the five foreign nations. All this is consistent with previous research. After separating less-unique from more unique drugs, however, important new findings emerged. Relative prices for less-unique drugs, which are subject to strong competition, were at about half the U.S. level. We suggest that this reflects the exercise of monopsony power that does not exist in the U.S., where buyers as well as sellers compete. On the other hand, relative prices for highly unique drugs tended to be approximately proportional to per capita GDP or higher. Remarkably, biotech drugs were priced at or above U.S. levels in Canada and France. 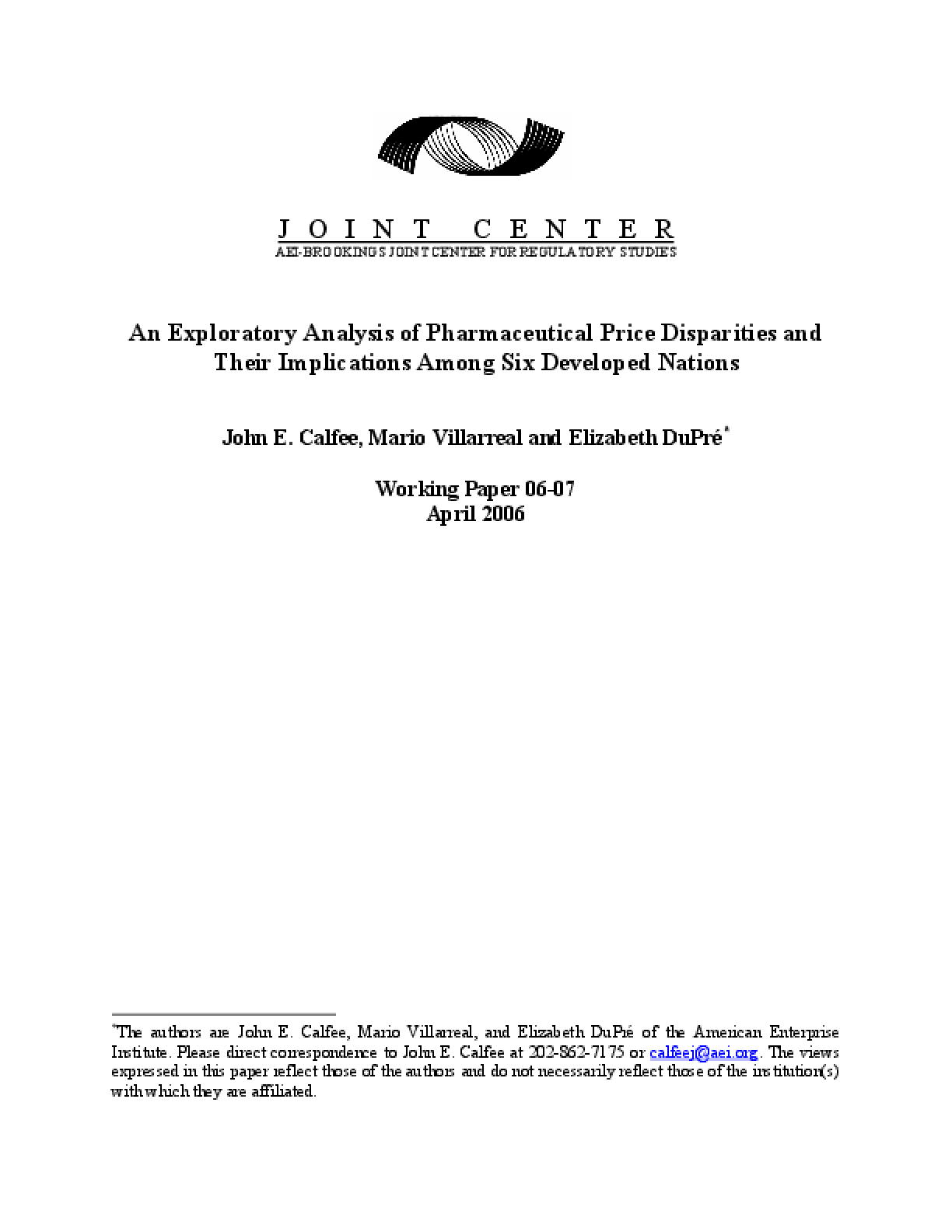