The authors conducted a quantitative study of six black male athletes at American universities. Using the intellectual paradigm of critical race theory, they analyze the athletes' views on race and the role of athlete activism in their generation. 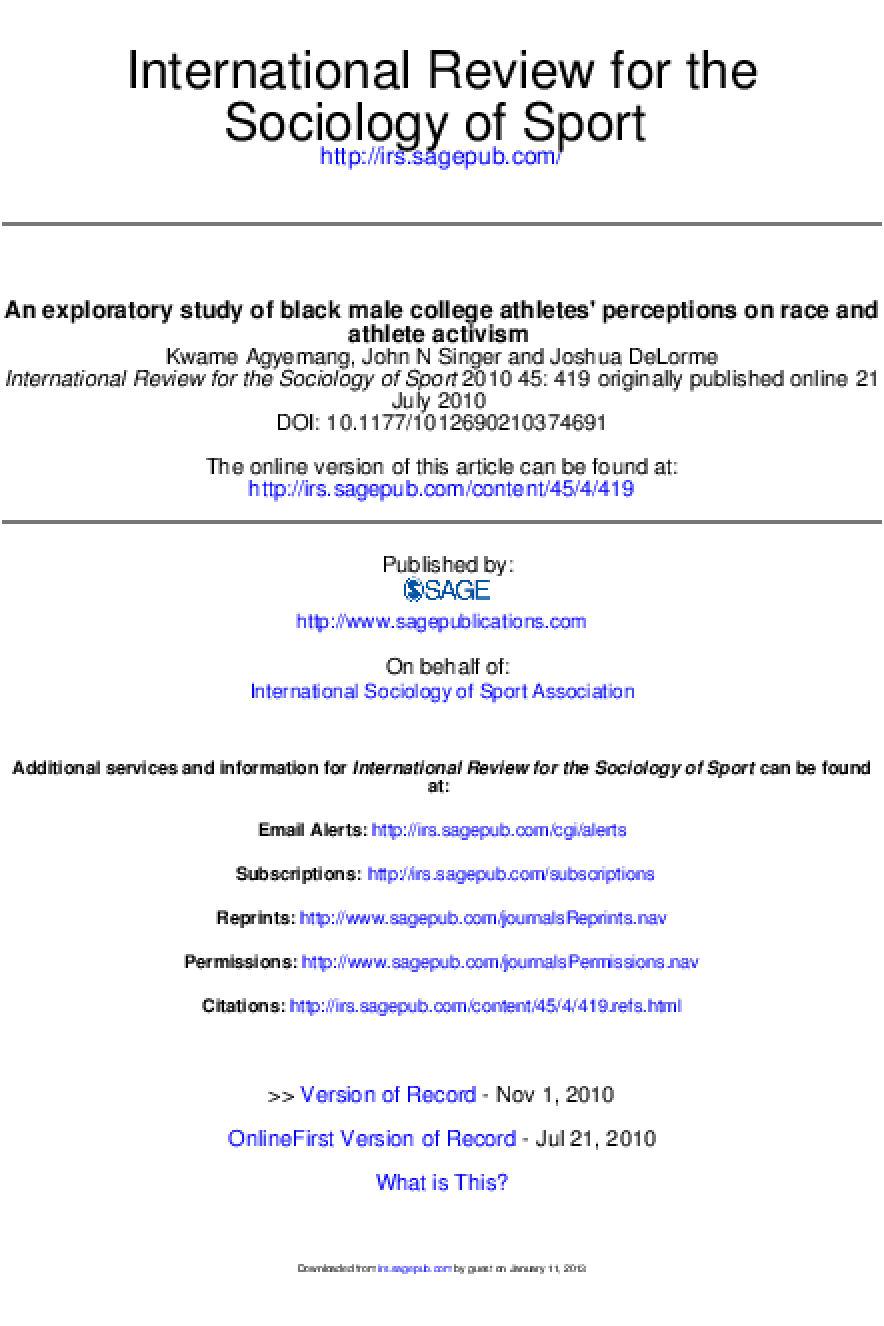