As Kosovo prepared to declare independence in February 2008, it still lacked a court system that was efficient, trusted, and open to public scrutiny. Most judges had trained under the communist government of the former Yugoslavia and were unaccustomed to public observation of their work. Procedural errors were common, and cases often languished in the judicial system for years. In response, the leaders of two Kosovar nongovernmental organizations decided to train and dispatch recent law school graduates to observe court sessions, report on whether proper procedures were followed, and assess the conduct of judges, prosecutors, and lawyers. Gradually, the program overcame initial hostility within the court system and gained the trust of judges and others working in the courts. By 2014, monitors had covered more than 8,000 sessions, and their reports documented improvements in the openness of court proceedings and in adherence to proper judicial procedures. 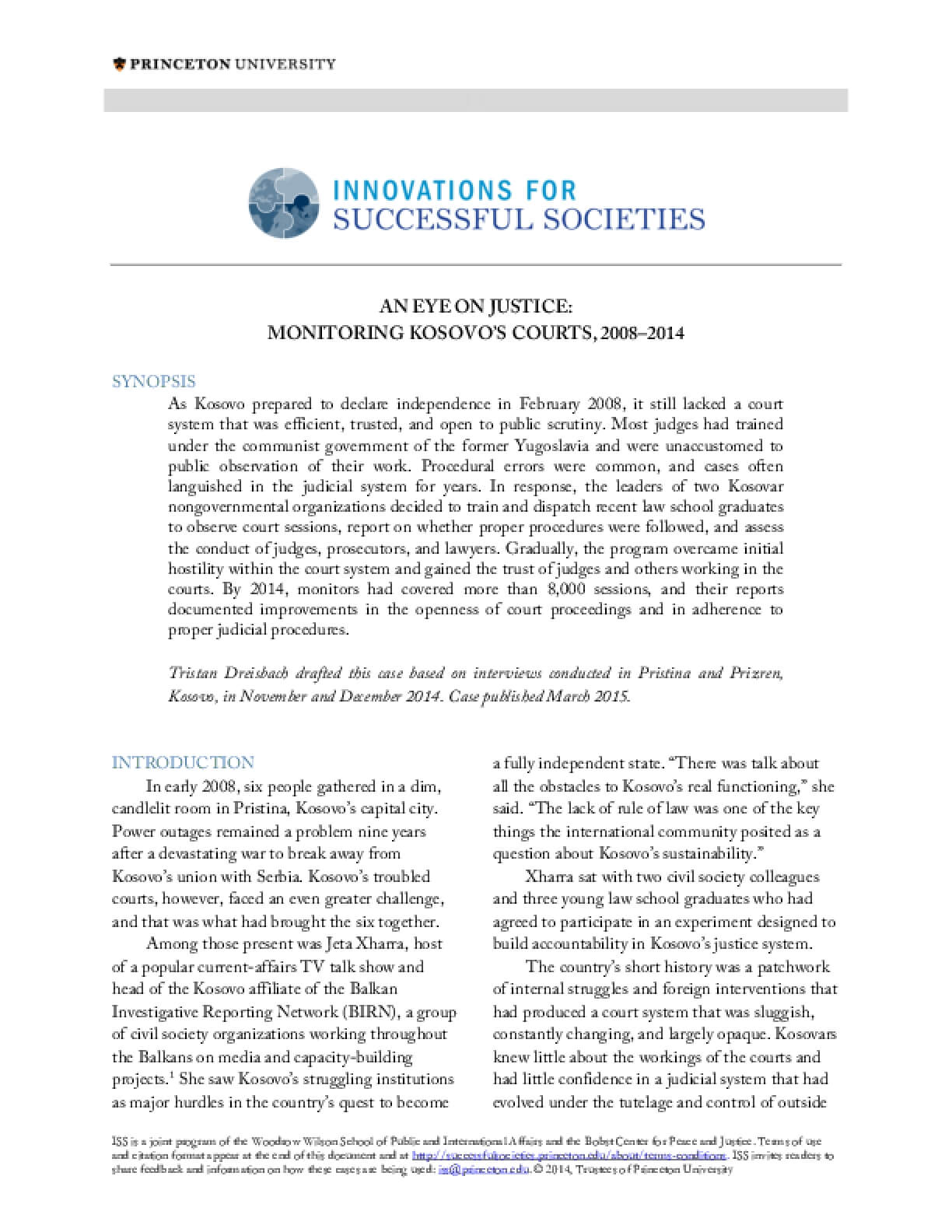