An Improved Living Environment, But...

In 2000, the CHA received a HOPE VI grant to revitalize the Madden/Wells community by demolishing the nearly 3,000-unit dilapidated development and replacing it with a new mixed-income community named Oakwood Shores. Another development, Dearborn Homes, was slated for revitalization a few years later and was often used to house residents from other CHA developments targeted for demolition who were reluctant to leave CHA housing or had not qualified for mixed-income housing or vouchers.The plan for Dearborn Homes was to substantially rehabilitate its buildings. For over 10 years, the Urban Institute has been researching the outcomes of residents from these developments. This brief examines whether and to what extent the original residents of these distressed developments ended up in an improved living environment 3 to 10 years after relocating from Madden/Wells (the Panel Study sample) or 1 to 3 years after relocating from either Madden/Wells or the Dearborn Homes (the Demonstration sample). In general, these CHA families live in better housing in substantially safer, but still very poor, neighborhoods. Yet these gains are fragile; relocatees experience significant material hardship, and too many of those who have moved with vouchers live in neighborhoods where drug traf?cking and violent crime remain significant problems. 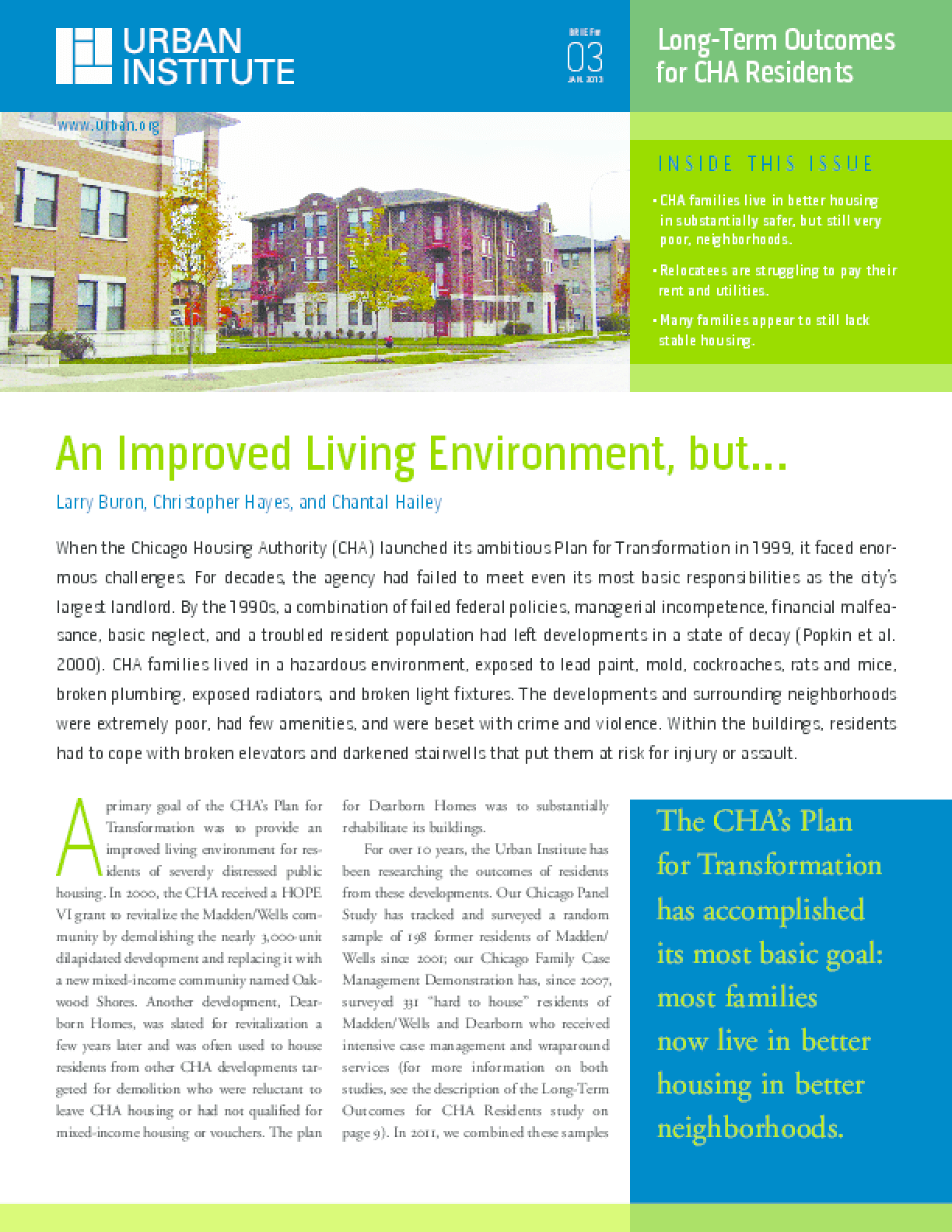