The Strategic Legal Fund for Vulnerable Young Migrants1 (SLF) was set up by the Diana Princess of Wales Memorial Fund (DPOWMF) in 2011. When the Diana Fund closed down in late 2012, Trust for London agreed to take over the hosting of the SLF and provided additional funding with Esmée Fairbairn Foundation for a second phase (December 2012 to March 2014 initially, though this has now been extended).

In 2012 an interim evaluation of the SLF concluded that it was achieving results, and suggested some changes of focus and operation for the future. One year on, the purpose of this further evaluation is: a. to identify the full range of outcomes, benefits and changes to which the SLF project has contributed in order to understand the value of what has been funded to date. b. to help Trust for London, Esmée Fairbairn Foundation and other potential funders discuss and decide if and how they want to take forward the funding of strategic legal work on migration issues in the current climate. c. to take stock of the model being used to identify, assess, support and review SLF grants and learn lessons about this which can: i) help improve current ways of working; ii) enable decisions about how such a fund should be administered in the future. d. to stimulate discussions about the potential use of such a model in funding strategic legal work in other areas of law. 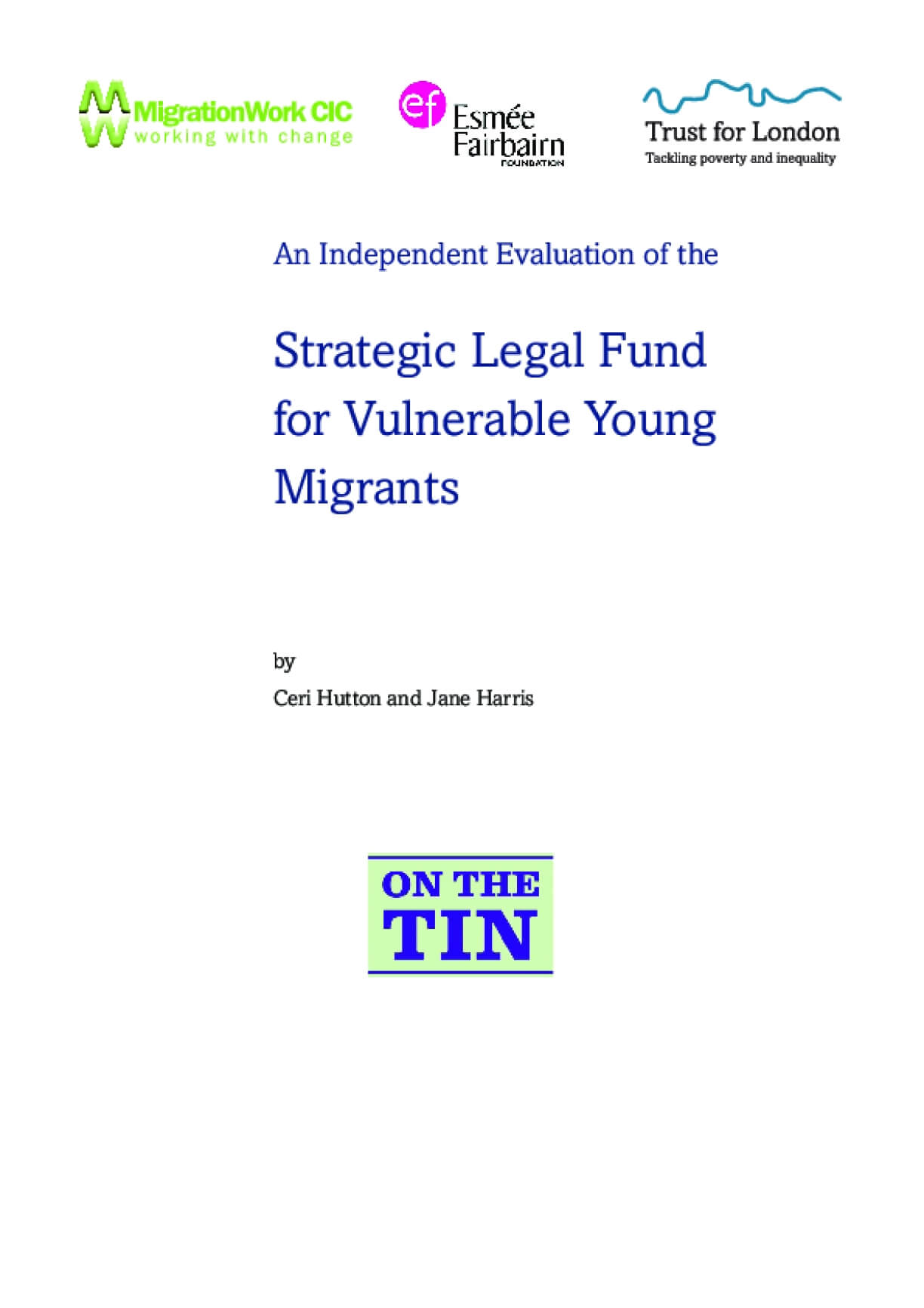