An Inequality Commissioner for London

London is the UK's richest city and a driver of its economy, but also home to the country's greatest extremes of poverty and wealth. Around 2.3m people live below the poverty line in London - 27 percent of its population, compared with 20 percent in the rest of England. The mayoralty of London is one of the most important public positions in the UK. It has the potential to tackle inequality, and can be an authoritative voice about policies that the national government should apply specifically to London.

Oxfam is calling on the next Mayor of London to be at the forefront of efforts to address poverty and inequality. Specifically, Oxfam is calling for the appointment of an Inequality Commissioner for London, with a remit to: 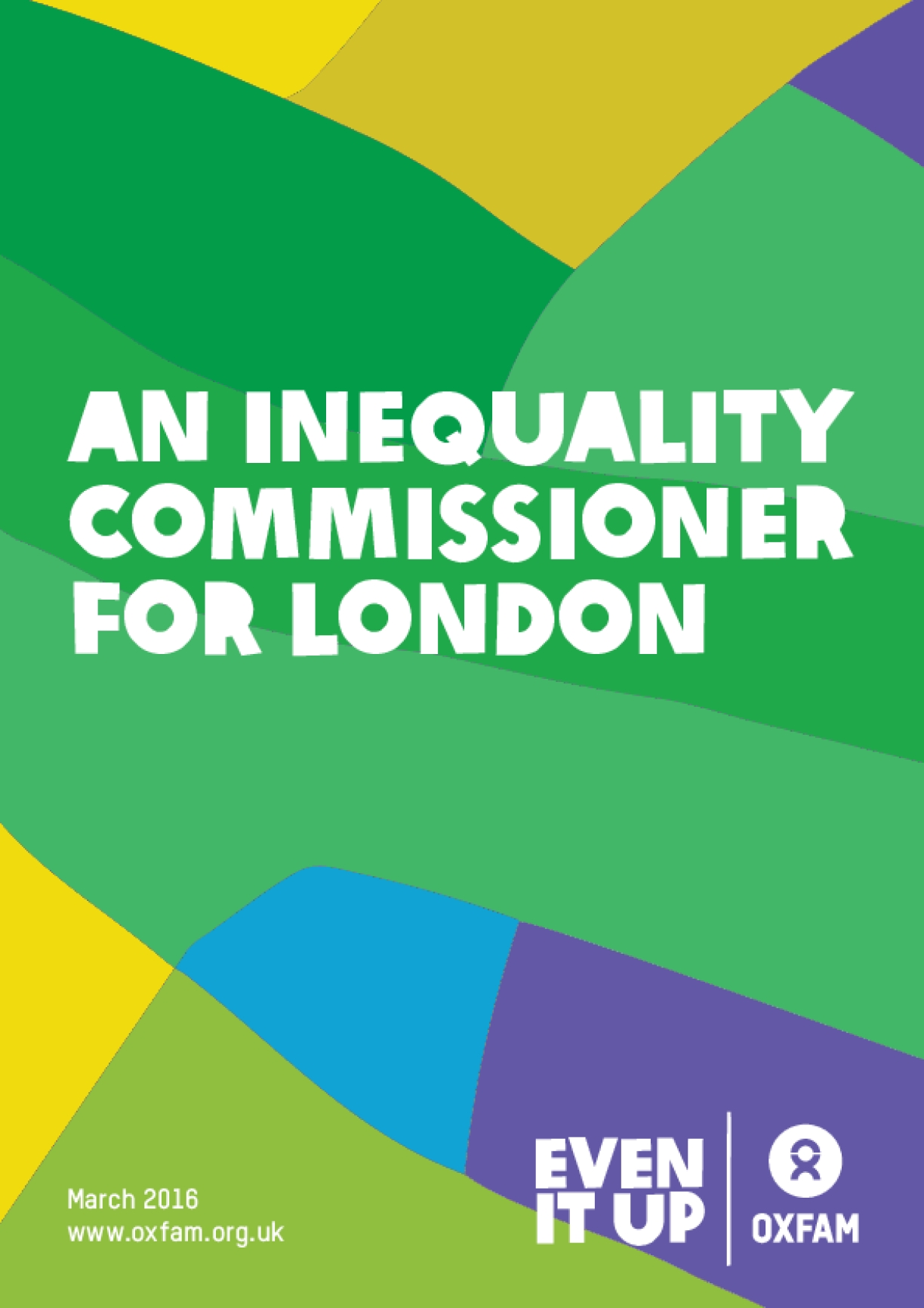