An Ongoing Experiment: State Councils, The Humanities, and the American Public

In 1965, President Johnson signed the National Foundation on the Arts and Humanities Act, giving birth to the National Endowment for the Humanities and the National Endowment for the Arts. The act declared, "Democracy demands wisdom and vision in its citizens. It must therefore foster and support a form of education, and access to the arts and the humanities, designed to make people of all backgrounds and wherever located masters of their technology and not its unthinking servants." In this monograph, author Elizabeth Lynn describes the subsequent creation of state humanities councils, beginning in 1971, as "an ongoing experiment." The result has been a continually evolving attempt to work out, on the ground, just what the humanities can and should be to the American public and what kinds of citizens a democracy needs. Lynn writes that the humanities' answer to the latter question has evolved over the past half-century. In the 1950s and 1960s, democracy needed autonomous individuals; in the 1970s, informed voters; the 1980s, prepared pluralists; the 1990s, thoughtful Americans; and the 2000s, engaged citizens. State humanities councils are still exploratory organizations. They are still asking -- and seeking to answer in new ways from year to year -- what the humanities can do to enhance American public life. There are lessons to be drawn from this ongoing experiment in bringing the humanities to the public, both for those who worry about the health of the humanities and for those who seek to strengthen American public life. 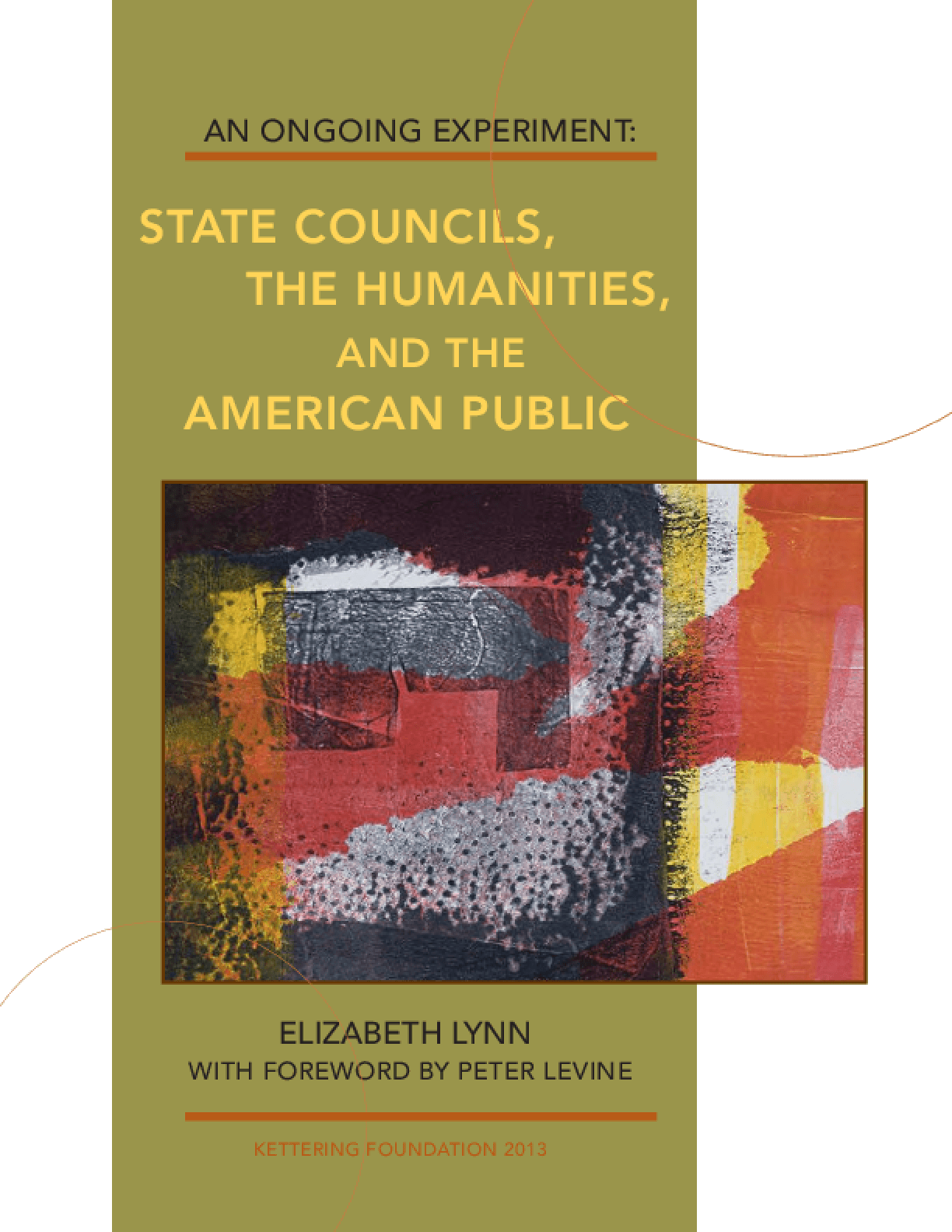