“An Open Prison without End”: Myanmar’s Mass Detention of Rohingya in Rakhine State

This report is based on research conducted by Human Rights Watch in the city of Yangon and Rakhine State, Myanmar, and Cox's Bazar, Bangladesh, since late 2018.

Interviewees were informed how the information gathered would be used and that they could decline the interview or terminate it at any point. The majority of interviews were conducted directly in the Rohingya language. Some were conducted in Burmese with English interpretation. The names of Rohingya interviewees have been replaced with pseudonyms for their protection.

We also conducted more than 30 in-depth interviews with staff from United Nations agencies, international and local humanitarian organizations, and Rohingya and Kaman civil society groups, in addition to activists, community leaders, and local and regional analysts. Follow-up interviews were conducted over the phone and via other secure means of communications. Because of concerns of official backlash and security considerations, we have withheld the names and details of sources.

In researching this report, Human Rights Watch obtained, reviewed, and analyzed over 100 internal and public government, UN, and academic documents and reports related to the situation in central Rakhine State. 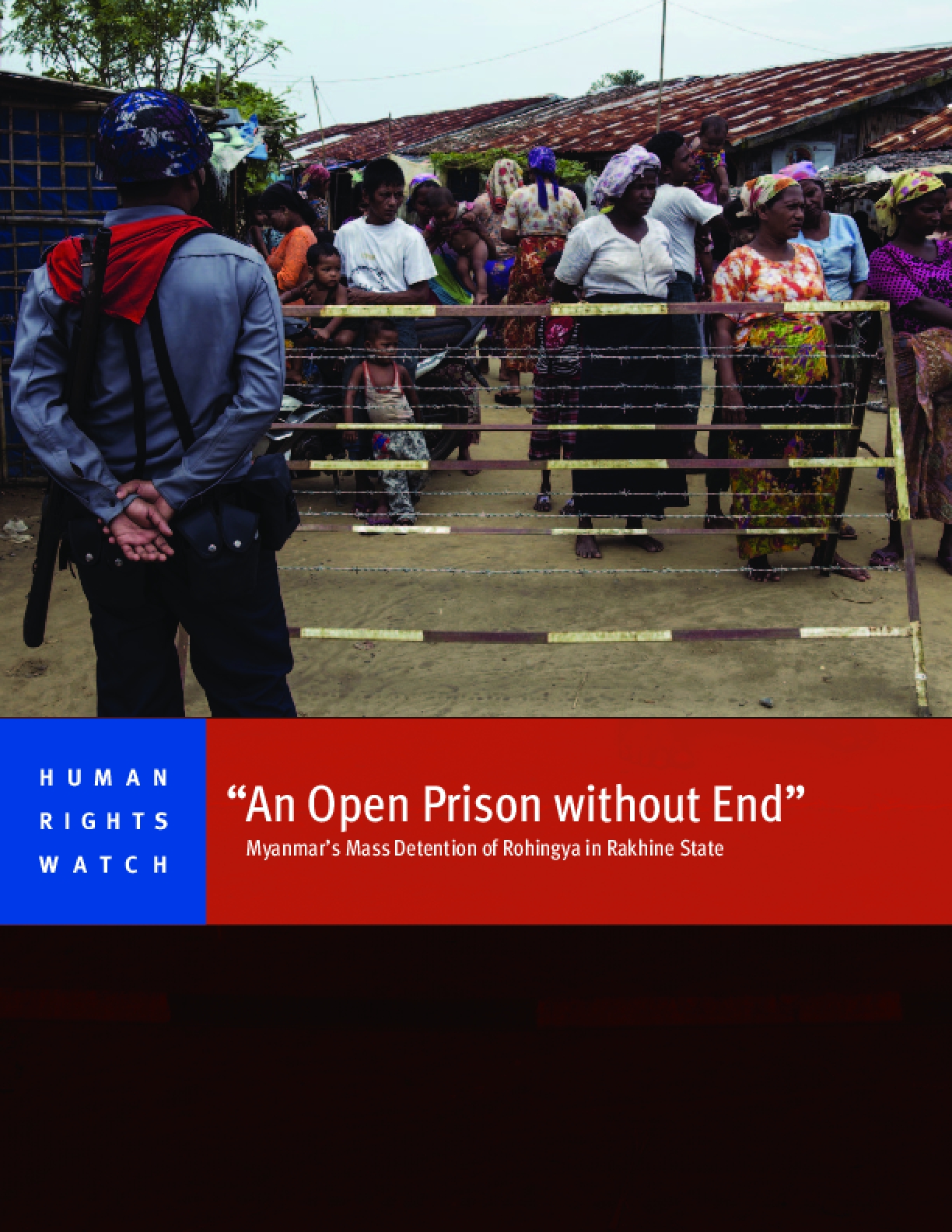