An Overview of Philanthropy in India

As a nation of givers, our profile is closer to China, where giving by the government far exceeds donations by individuals. By comparison, nearly three-fourths of all philanthropy in the US is undertaken by individuals. This tradition reflects America's history and culture of individualism as well as a supportive tax structure. Even more impressive—this high rate of charitable giving by individuals has been remarkably consistent for a number of years. So what can we do to increase the level of philanthropy here in India? Should individuals, particularly the well-off, be giving more? And can they afford to make more and larger donations? The answer to both questions is, "Absolutely yes." A close look at India's growing class of wealthy individuals leaves no doubt that they have the capacity to be more active givers. Bain research shows that nearly 40 percent of the nation's wealth is controlled by the top 5 percent of India's households. Breaking that down even more, the wealthiest 1 percent controls about 16 percent of the national wealth. As India's economy grows at a fast clip, so do the number of wealthy individuals. Our research shows that there are over 115,000 high-net-worth individuals in India today. Since 2000, this elite group has grown an average of 11 percent annually. Between 2006 and 2007, the number of wealthy individuals in India surged by 23 percent—possibly the highest growth rate in the world. 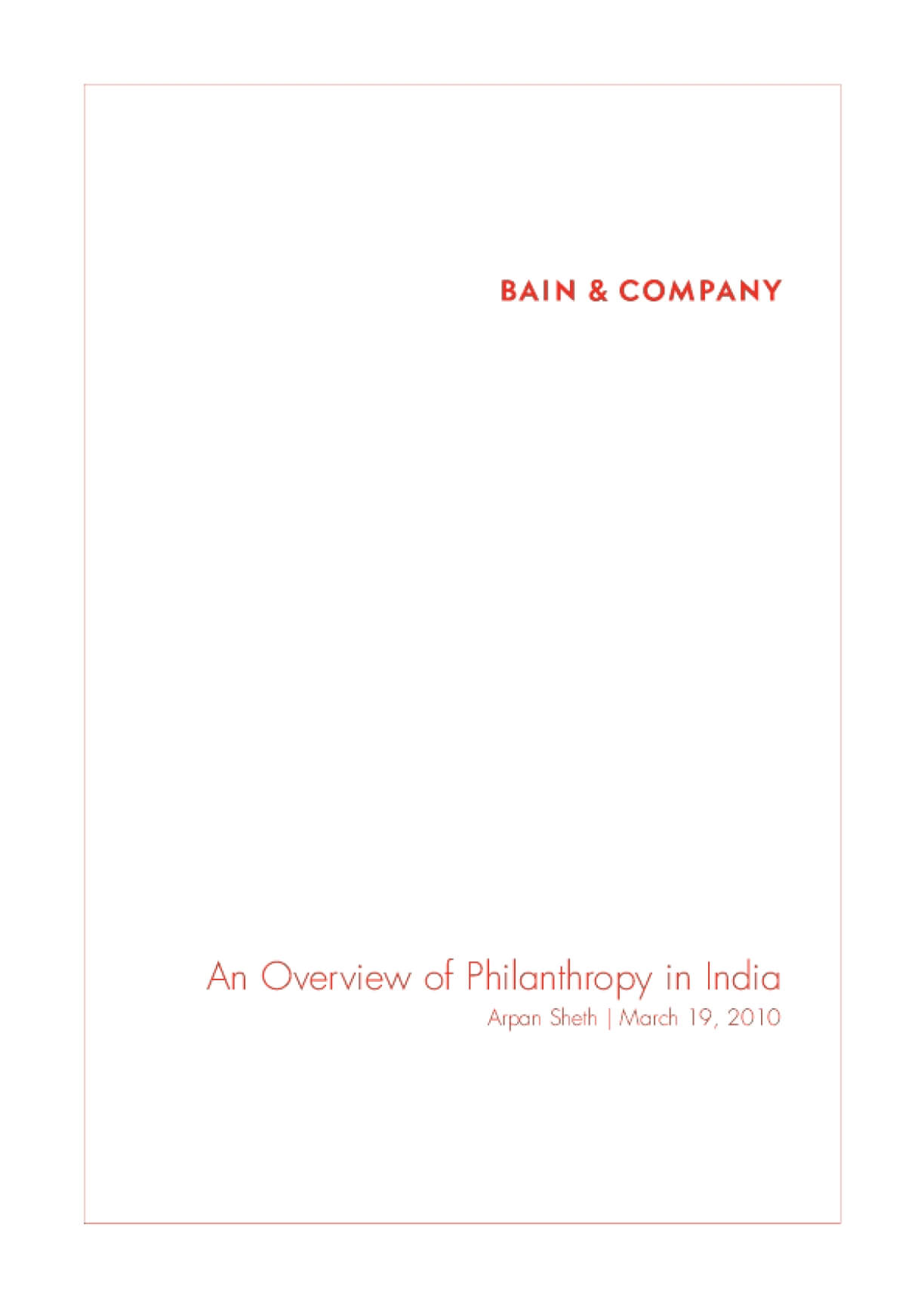