An Overview of the Mississippi Farm and Food Economy

This report provides an overview of the farm and food economy of Mississippi, outlining the realities faced by farmers, food workers, and consumers in Mississippi. An estimated 90% (or more) of the food consumed in the state is sourced outside of Mississippi. More than half of the population is overweight. 12.4% of the population has diabetes — the largest rate in the U.S. In response to these trends, many small but potent collaborations are beginning to form, largely below the radar. Striking new farming models are being created at the grassroots. Amidst a climate that is relatively dismissive, these innovators have built strong businesses by constructing solid networks around themselves. Participants in these emerging collaborations often are deeply skeptical of the potential for the public sector to play a positive role. Yet despite this skepticism, their work must be embraced and supported by the state of Mississippi, with the creation of supportive infrastructure, and proper incentives. 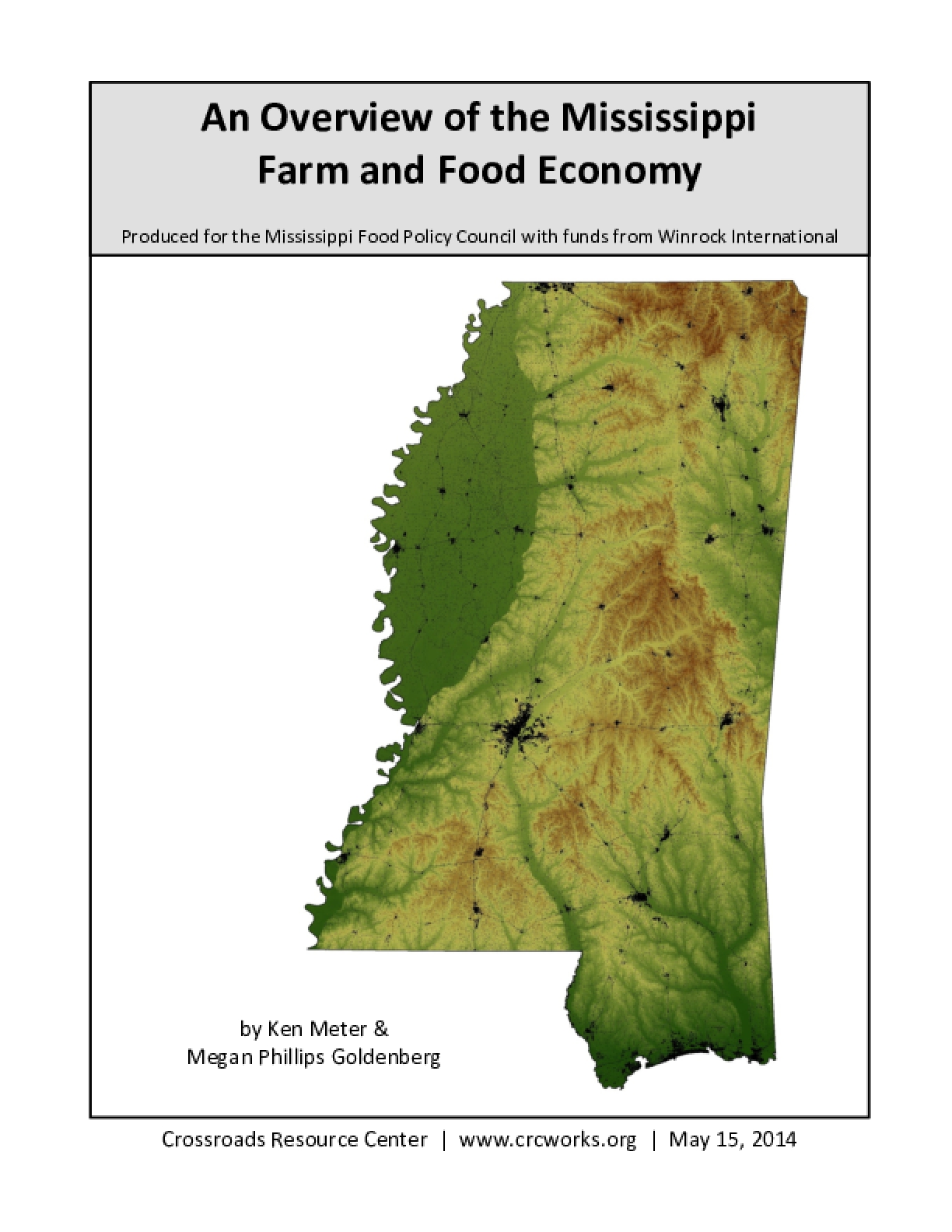