Analysis of A Pledge to America

This analysis provides a detailed examination of the legislative proposals contained in the Pledge, covering three topics: proposals that affect regulations, tax and budget proposals, and transparency and accountability proposals. The Pledge is very different than the 1994 Contract with America, in which House Republicans presented a list of eight rules changes they would immediately make to House operations, followed by ten bills they would pass within the first 100 days.

The Contract provided detailed information on the legislative agenda for 1993, whereas the Pledge provides more of a guiding philosophy for how House Republicans will govern in 2011 and beyond. The Pledge places an emphasis on downsizing government by freezing spending, lowering taxes, abolishing programs and agencies through sunsets, and eliminating major government regulations by requiring a cumbersome approval process that requires an affirmative congressional vote on each new significant rulemaking. The Contract, by comparison, was aimed more at procedural changes, such as changing the way regulations are reviewed in agencies, placing a cap on the cost of regulation, and passing a constitutional balanced budget amendment.

Since the Pledge has been released, House Republicans have been clear that the document is intended to provide a governing path and is not limited to simply what is laid out in the Pledge. Several have spoken about even more controversial legislation, including a constitutional amendment limiting federal spending to one-fifth the size of the economy, a new crackdown on illegal immigration, and a parental notification bill for teen abortions. The Pledge is a controversial, if not highly polarizing, governing document. If pursued, the Pledge will lead to even more gridlock in government, which, in the end, would reinforce the objectives sought by the Pledge itself. 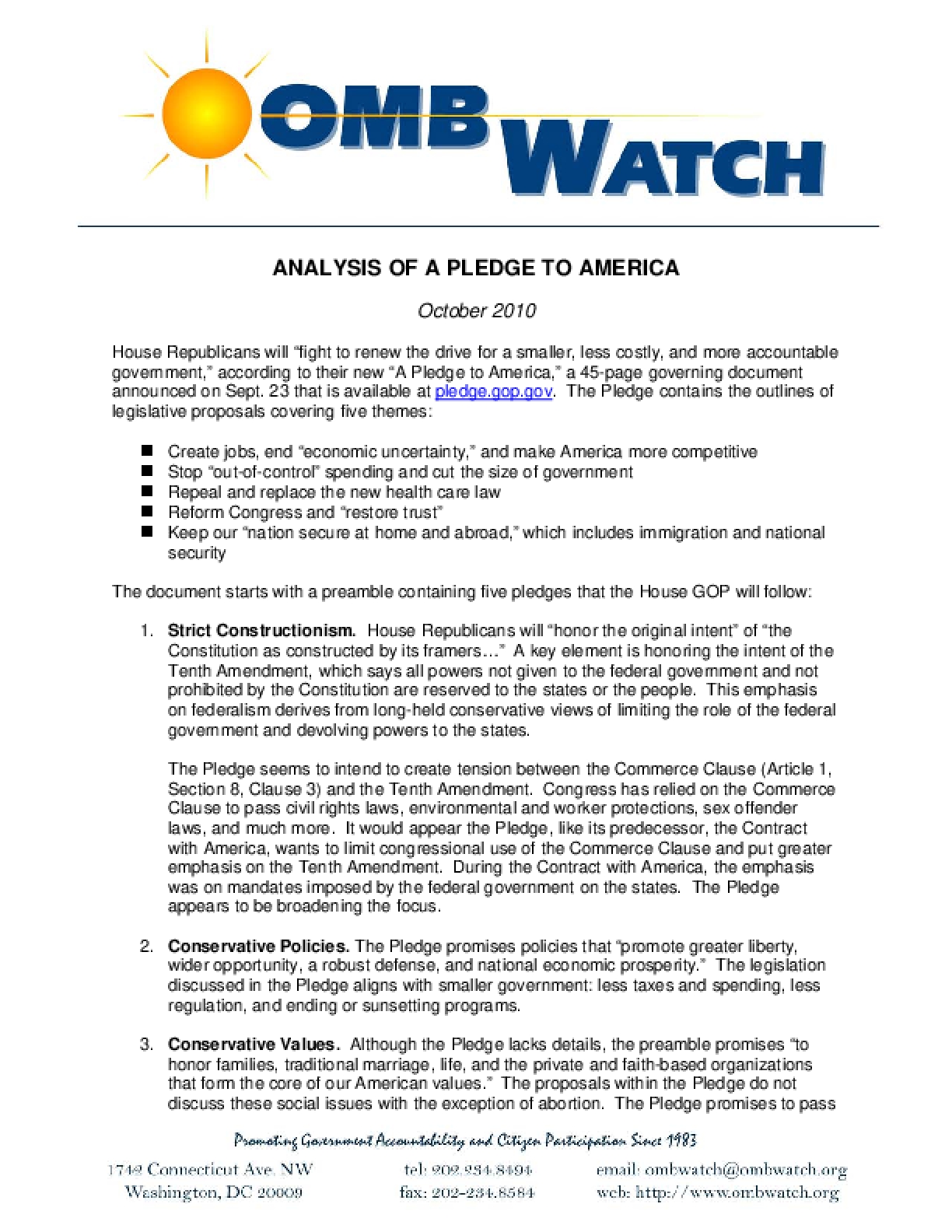