Analysis of Academy School Performance in the 2011 and 2012 GCSEs

The Local Government Association (LGA) commissioned NFER to undertake statistical analysis of school level GCSE data provided by the Department of Education and accessible from their website. The purpose of the analysis was to determine whether there was any differential progress between Key Stage 2 and Key Stage 4 that can be associated with schools status. This report highlights analysis undertaken on the 2011 and 2012 GCSE results with future analysis on the 2013 and 2014 results also planned. Additional analyses looking at changes over time were also carried out. Analysis at the school level used average attainment at Key Stage 2 as measure of prior attainment and as a way to control for schools having different pupil intakes. Pupil progress was measured between KS2 and average GCSE points score. Two measures of GCSE attainment were used, average total point score (capped) and the proportion of pupil achievbing 5+ A* to C grades. Other school level factors that may have been associated with a variation in pupil progress were also included within the models. These included the proportion of pupils on free school meals and the proportion of pupils with special educational needs, as well as geographical location. Key Findings: 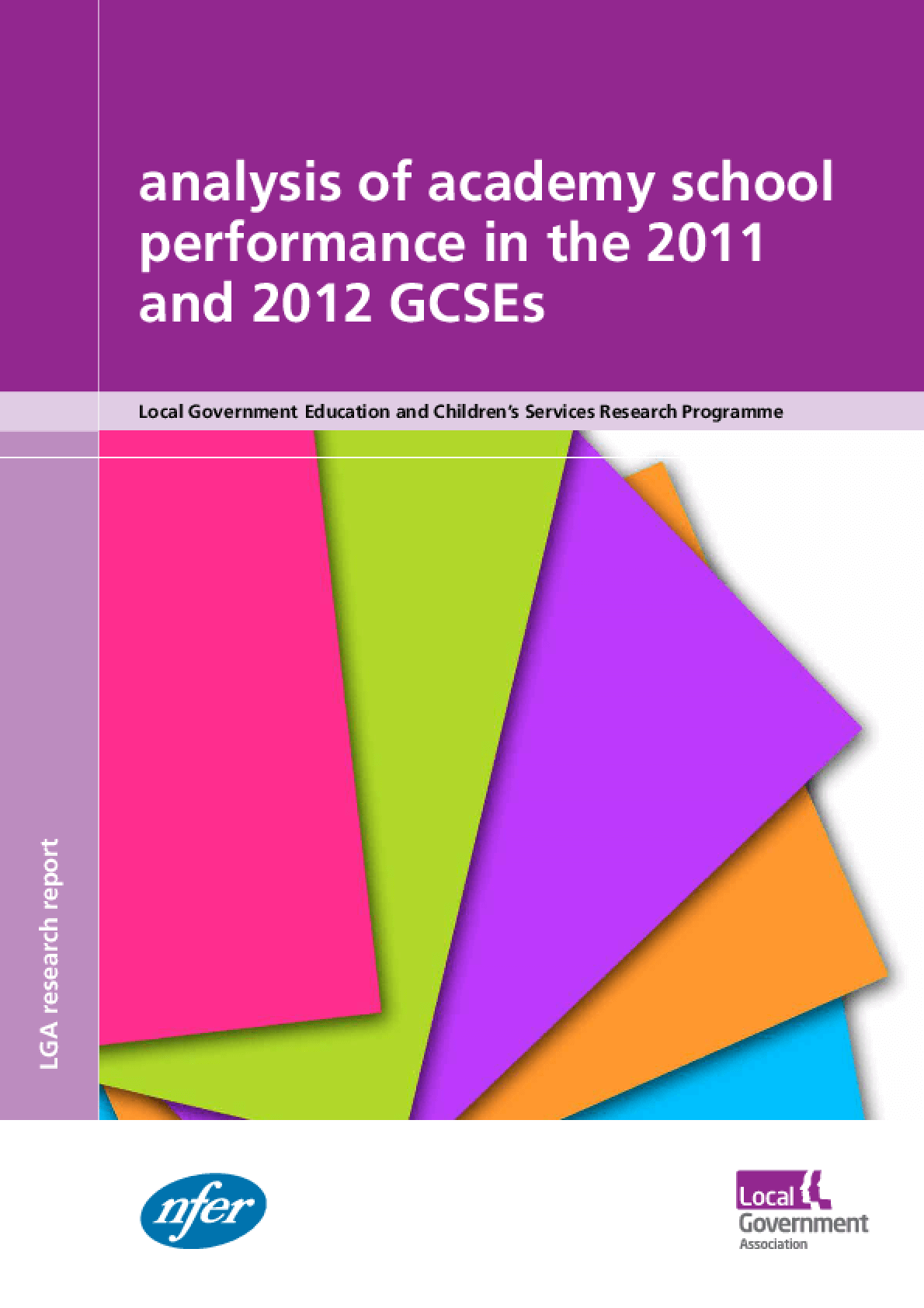