While the employment-based green card provisions in the new Senate bill would reduce the permanent resident backlog and aid employers when seeking to sponsor graduate students from U.S. universities in science and engineering, the legislation will make it difficult for employers to hire the vast majority of other foreign nationals. Under the bill, for the highly skilled who want to work in America but did not obtain an advanced degree from a U.S. university, it would have been much easier to have entered or stayed in the country illegally prior to December 31, 2011, since employers of such individuals would not be subject to the bill's numerous new restrictions. H-1B visas are often the only practical way to hire a foreign national to work long-term in the United States. While the exemptions from the employment-based green card quotas for certain foreign nationals may provide new options for those with an advanced degree in a science, technology, engineering or math (STEM) degree from a U.S. university, for most other individuals an H-1B visa will remain the only avenue to work in the United States. Unless there is a specific intention to prevent those who fall outside the parameters of the green card provisions from working in the United States, then the Senate bill's sponsors simply fail to appreciate the ramifications of the bill and its impact on the ability of U.S. companies to keep resources in the United States and compete in the global economy. 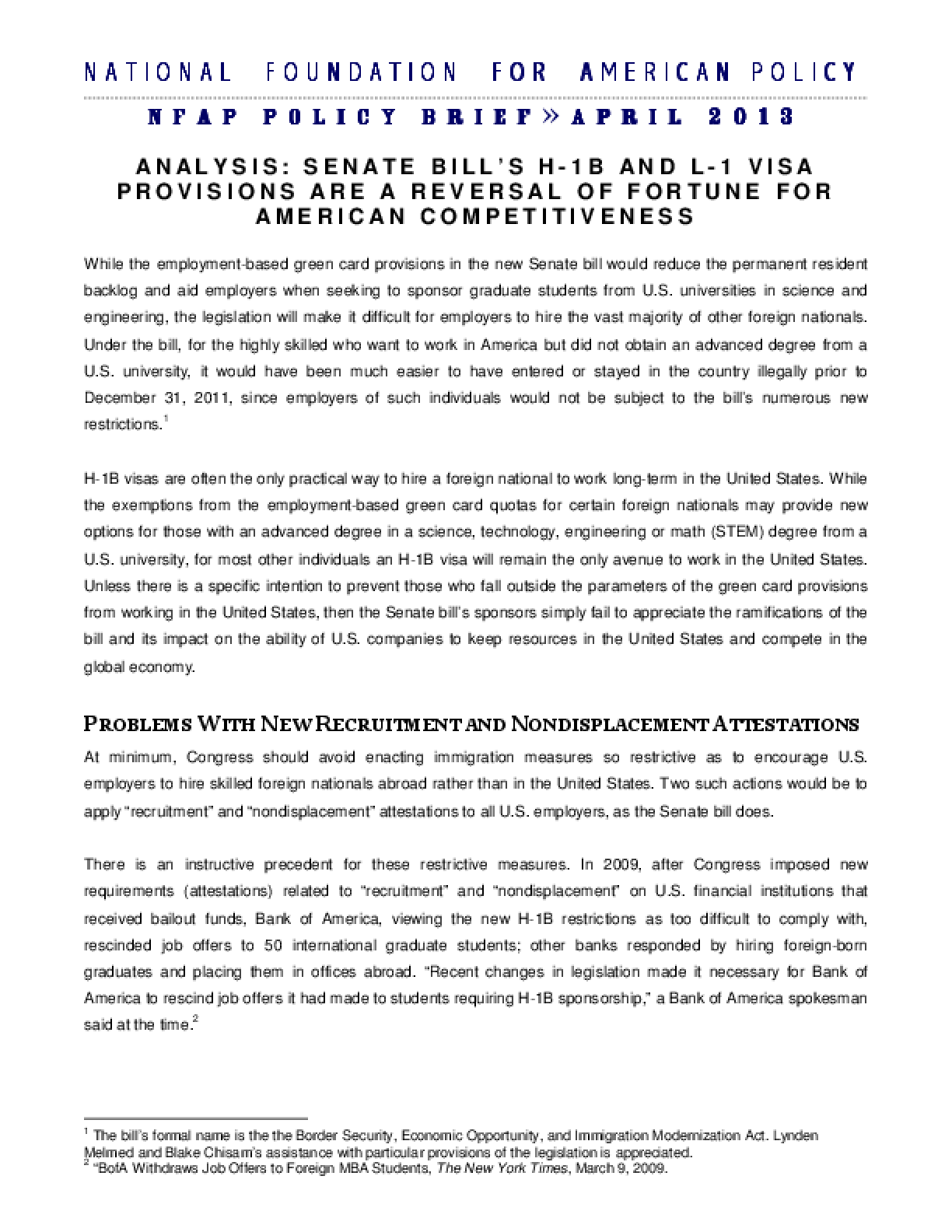