Everytown For Gun Safety conducted a comprehensive analysis of every mass shooting between January 2009 and July 2015 that was identifiable through FBI data and media reports. This report describes the 133 mass shootings -- almost two per month that occurred in 39 states in the nearly seven-year period. Each description includes the location of the shooting, number of people killed and/or injured, and information on the shooter, gun(s), ammunition, and gun purchase, where available. The FBI defines "mass shooting" as any incident where at least four people were murdered with a gun. Everytown For Gun Safety reviewed mass shootings in the FBI's Supplementary Homicide Reports from 2009-2012 and searched the media for further details about these incidents as well as for mass shootings that occurred in 2013 -- 2015. This survey includes every shooting we identified in which at least four people were murdered with a gun. And the findings reveal a different portrait of mass shootings in America than conventional wisdom might suggest. 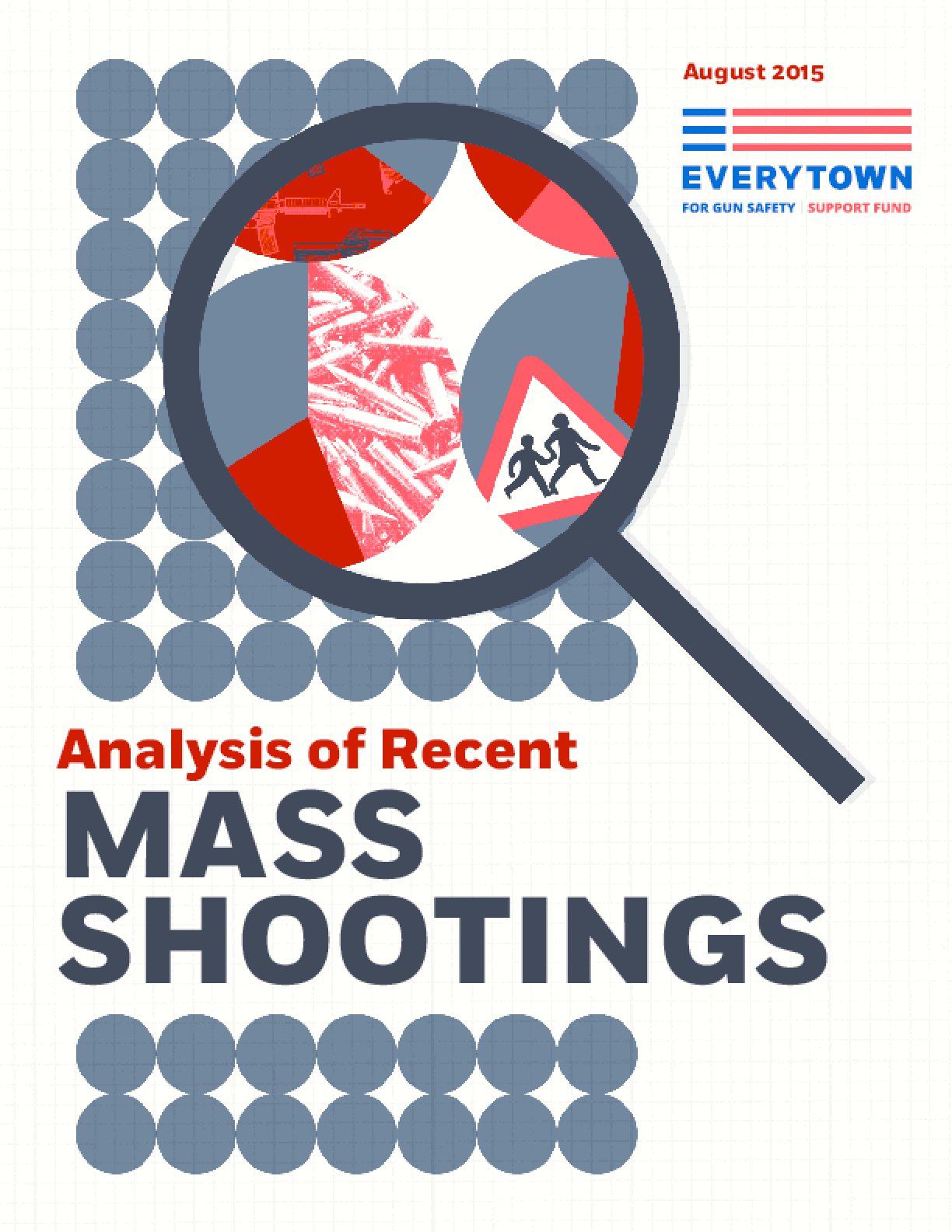