Regardless of the individuals involved in a shooting or the circumstances that gave rise to it, gunfire in our schools shatters the sense of security that these institutions are meant to foster. Everyone should agree that even one school shooting is one too many. In this report, incidents were classified as school shootings when a firearm was discharged inside a school building or on school or campus grounds, as documented by the press or confirmed through further inquiries with law enforcement. Incidents in which guns were brought into schools but not fired, or were fired off school grounds after having been possessed in schools, were not included. Over the course of two years, we identified a total of three incidents in which a private citizen discharged a firearm at a school that was ultimately determined to be self-defense -- February 4, 2013 at Martin Luther King, Jr., High School in Detroit, MI, January 30, 2014 at Eastern Florida State College, and April 7, 2014 at Eastern New Mexico University. These three incidents were not included in the analysis. 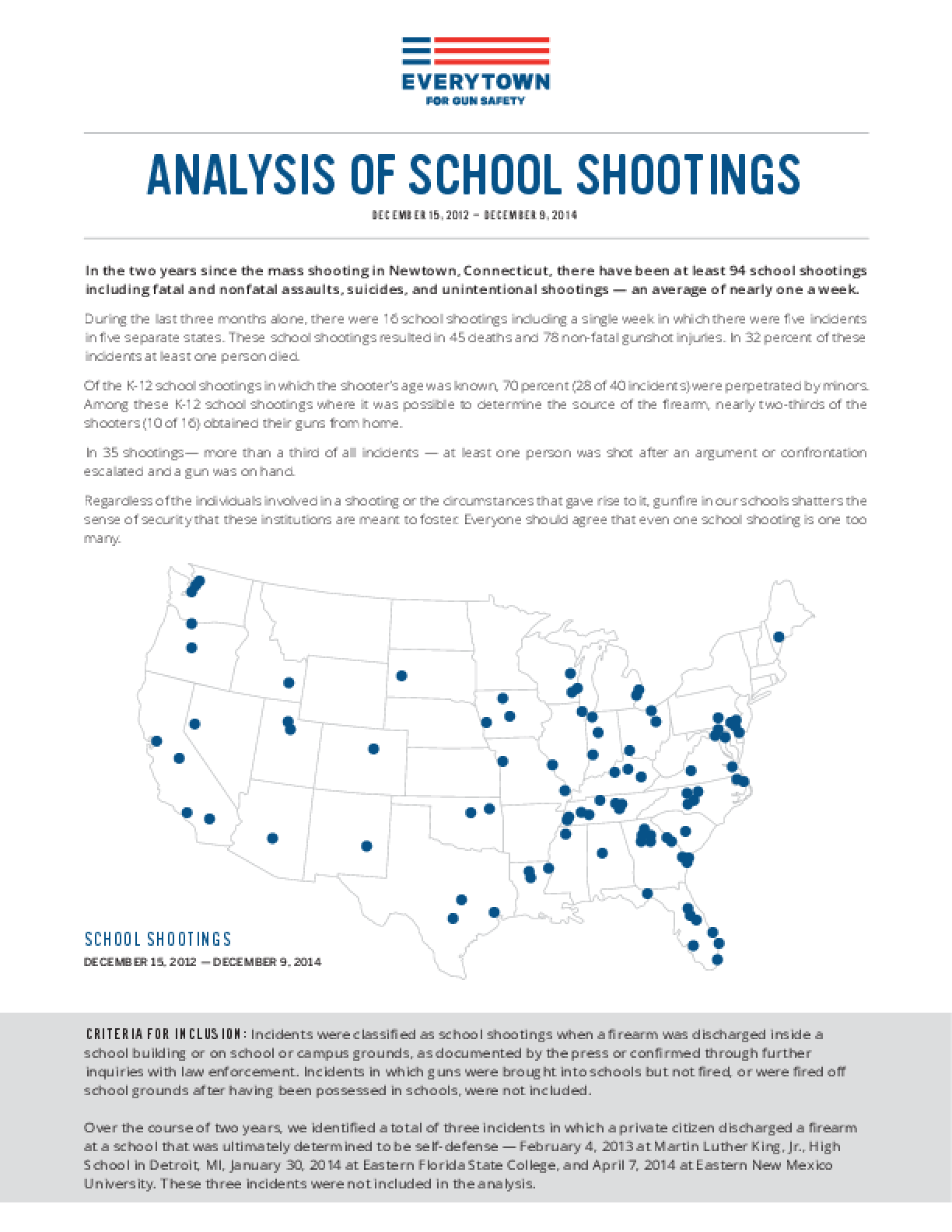