In 2013, Everytown began tracking gunfire in schools and at college and universities — public reports that a firearm was discharged inside a school building or on school or campus grounds — and over the next three years identified 160 qualifying incidents, including fatal and nonfatal assaults, suicides, and unintentional shootings. In all, these incidents resulted in 59 deaths and 124 non-fatal gunshot injuries.

Regardless of the individuals involved in a shooting, or the circumstances that gave rise to it, gunfire in schools and at colleges and universities undermines the sense of security that all students should have in their learning environments. By tracking this data, Everytown hopes to begin a reasoned discussion about effective means to promote school safety. 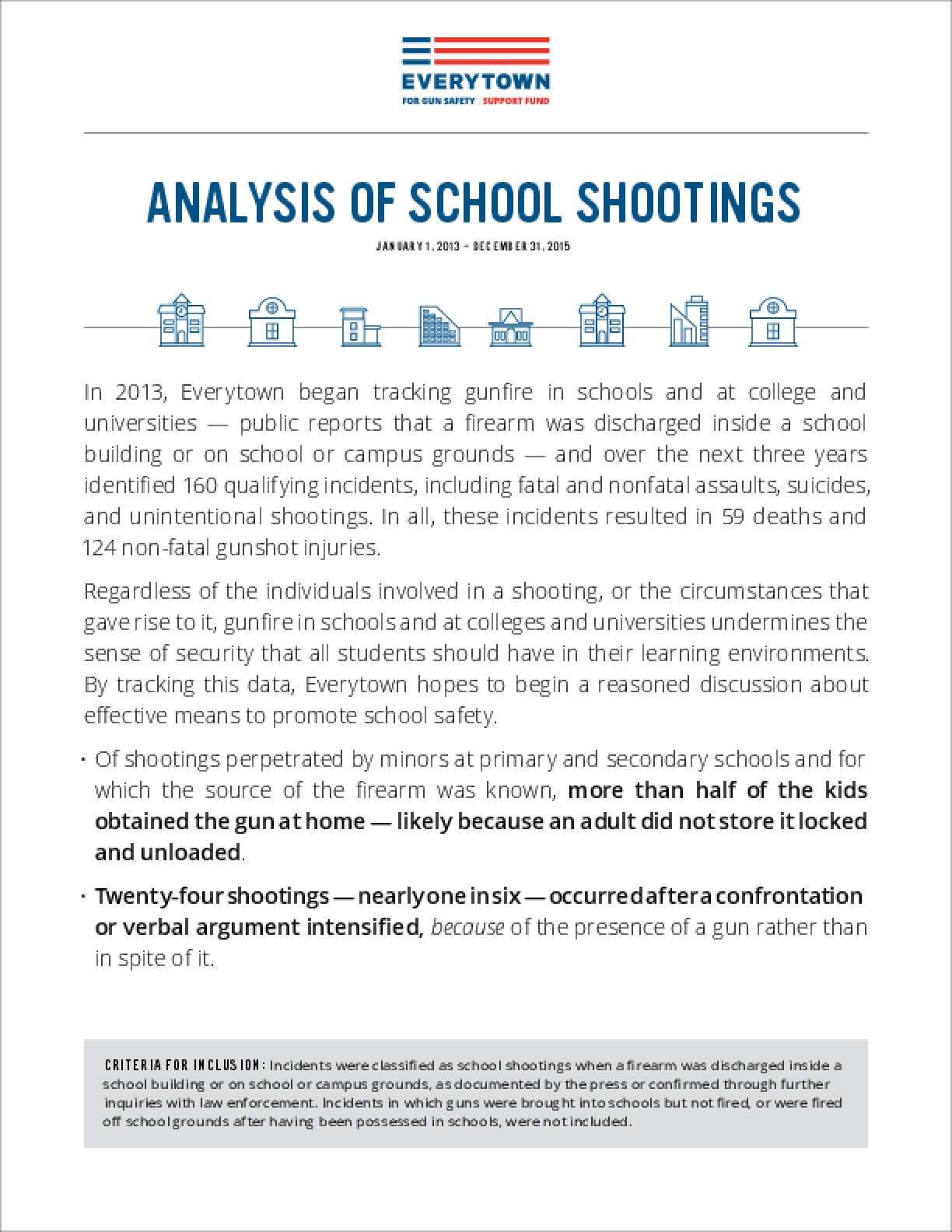