Philadelphia's Children Achieving was a sweeping systemic reform initiative. Systemic reform eschews a school-byschool approach to reform and relies on coherent policy, improved coordination of resources and services, content and performance standards, decentralization of decision-making, and accountability mechanisms to transform entire school systems. Led by a dynamic superintendent and central office personnel, Children Achieving was the first attempt by an urban district to test systemic reform in practice.

In 1996, the Consortium for Policy Research in Education (CPRE) at the University of Pennsylvania and its partner, Research for Action (RFA), were charged by the Children Achieving Challenge with the evaluation of Children Achieving. Between the 1995- 1996 and 2000-2001 school years, CPRE and RFA researchers interviewed hundreds of teachers, principals, parents, students, District officials, and civic leaders; sat in on meetings where the plan was designed, debated, and revised; observed its implementation in classrooms and schools; conducted two systemwide surveys of teachers; and carried out independent analyses of the District's test results and other indicators of system performance. An outline of the research methods used by CPRE and RFA is included in this report. 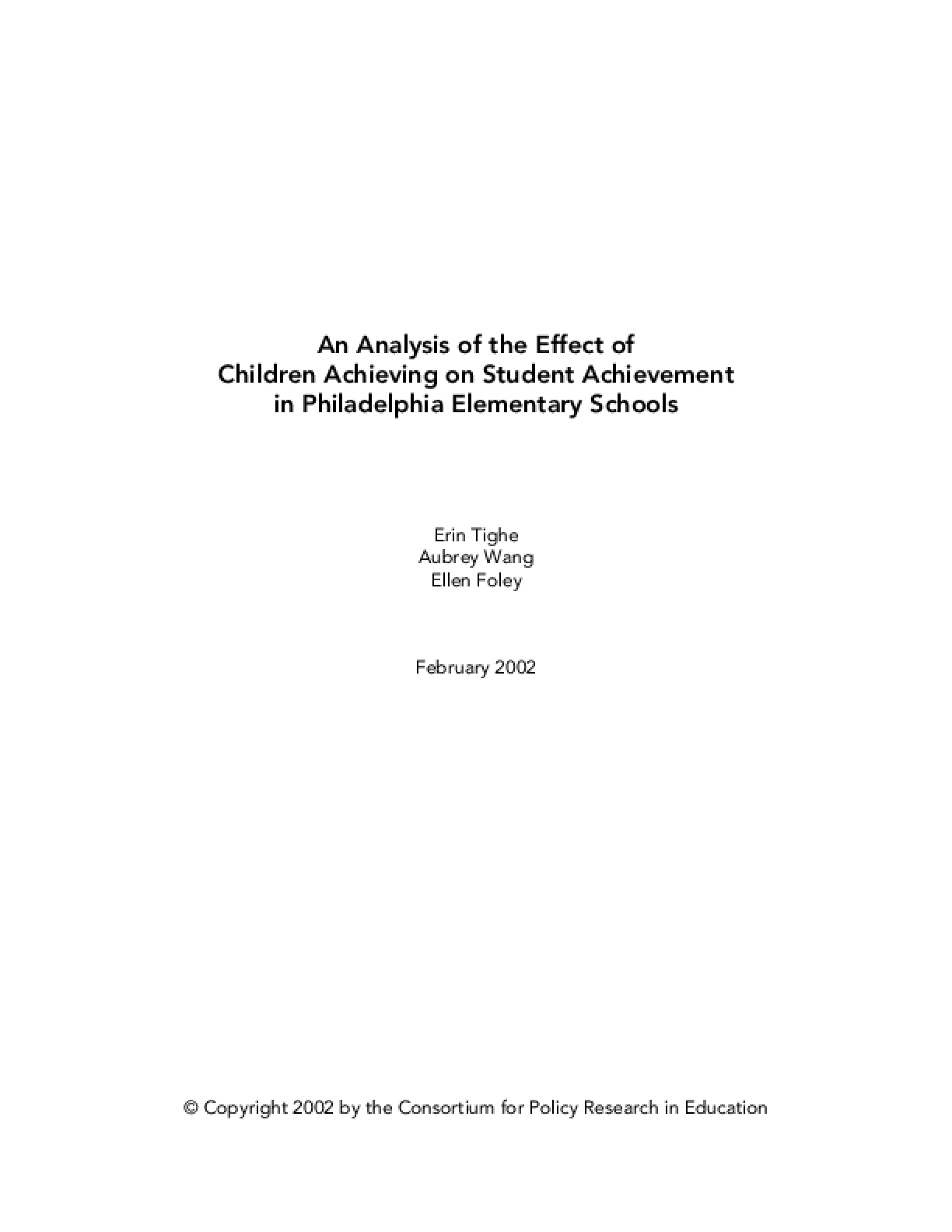