This is the Final Technical Report to the DFID regarding The Management of Conflict in Tropical Fisheries project R7334. Ghana's small-scale marine fisheries face considerably less problems and challenges than its neighbours. There is no foreign industrial fleet competing with canoes for resources and the economy, although weakened, is comparatively stronger than other West African fishing nations. However, like many other coastal fishing nations, Ghana is still trying to find a successful means of marrying two different systems. The traditional management system, which, for generations has sustained small-scale fishing communities along the coast, is under threat from the modern management system that sees fish as a commodity for trading by entrepreneurs, rather than the basis for an entire way of life. Economic difficulties that stem from Ghana's commitment to neo-liberal economic reforms have further complicated the situation. State priorities and policies with regard to poverty alleviation in coastal communities are dictated largely by outside interests rather than internal needs. As the economy and economic policy has focused on the individual and the market, so the role of community, and indeed traditional systems has come under threat. This battle between the two systems is being played out in the arena of small-scale fisheries management. Increased competition, decreased enforcement and a failure to support traditional systems is putting increasing pressure of small-scale fishing communities. Although recent initiatives by the World Bank to reverse this trend are having some impact, the future for traditional fisheries management of small-scale fisheries in Ghana looks bleak. 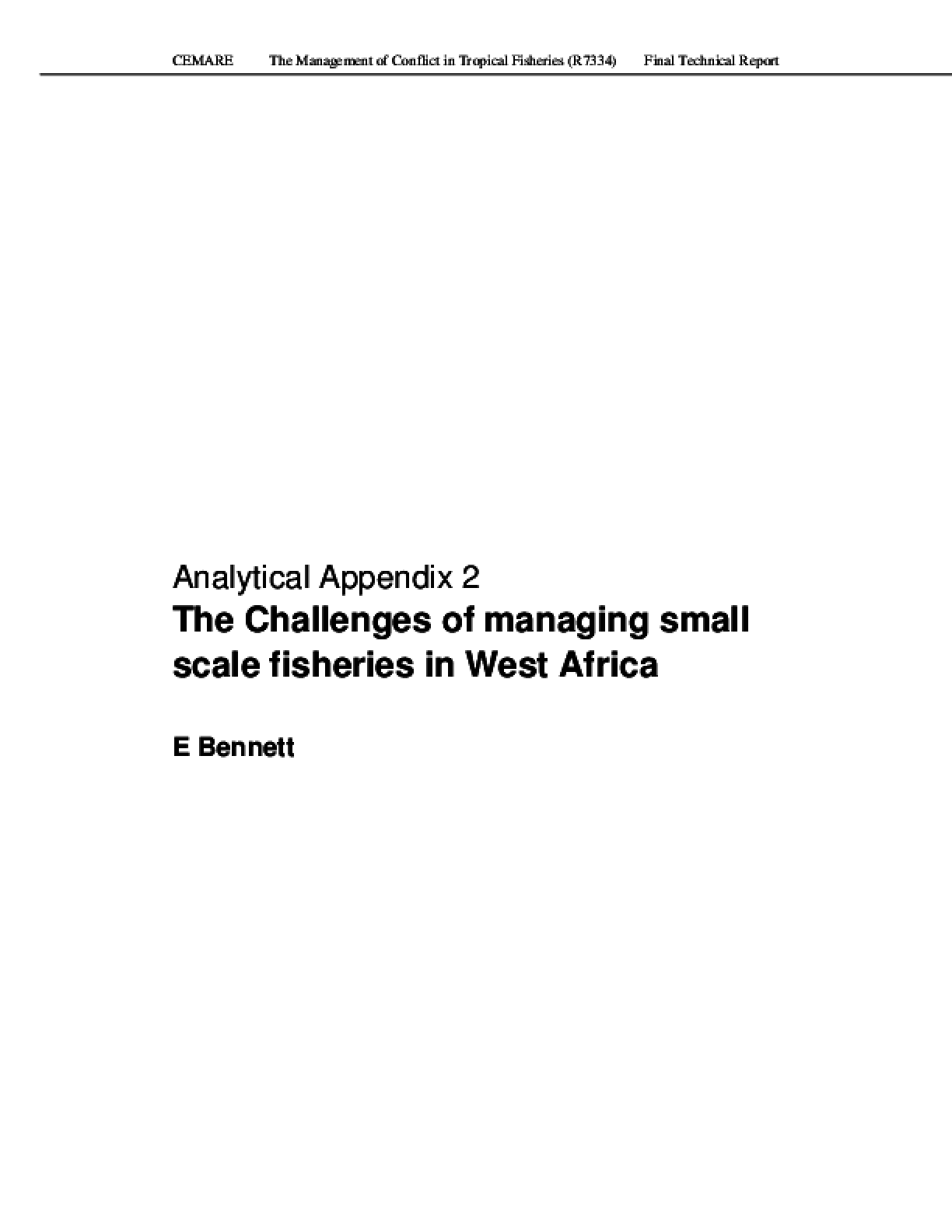