This report presents the Delaware Valley Regional Planning Commission's (DVRPC's) adopted 2045 county- and municipal-level population forecasts and describes the method used to develop them. Population and employment forecasts are a critical component of long-range land use and transportation planning. As a part of DVRPC's long-range planning activities, the Commission is required to maintain forecasts with at least a 20-year horizon, or to the horizon year of the long-range plan. DVRPC last adopted forecasts through the year 2040 in January 2012. Since that time, the Census Bureau has released 2015 population estimates, and both the nation and the region have continued to recover from the significant economic recession that officially began in December 2007 and ended in June 2009.

In order to incorporate the 2015 Census estimates and maintain a 30-year planning horizon, DVRPC has prepared 2045 population forecasts for its member counties and municipalities. These forecasts were formally adopted by the DVRPC Board on July 28, 2016, and serve as the basis for DVRPC planning and modeling activities. Employment forecasts in five-year increments through 2045 are scheduled to be adopted in October 2016. 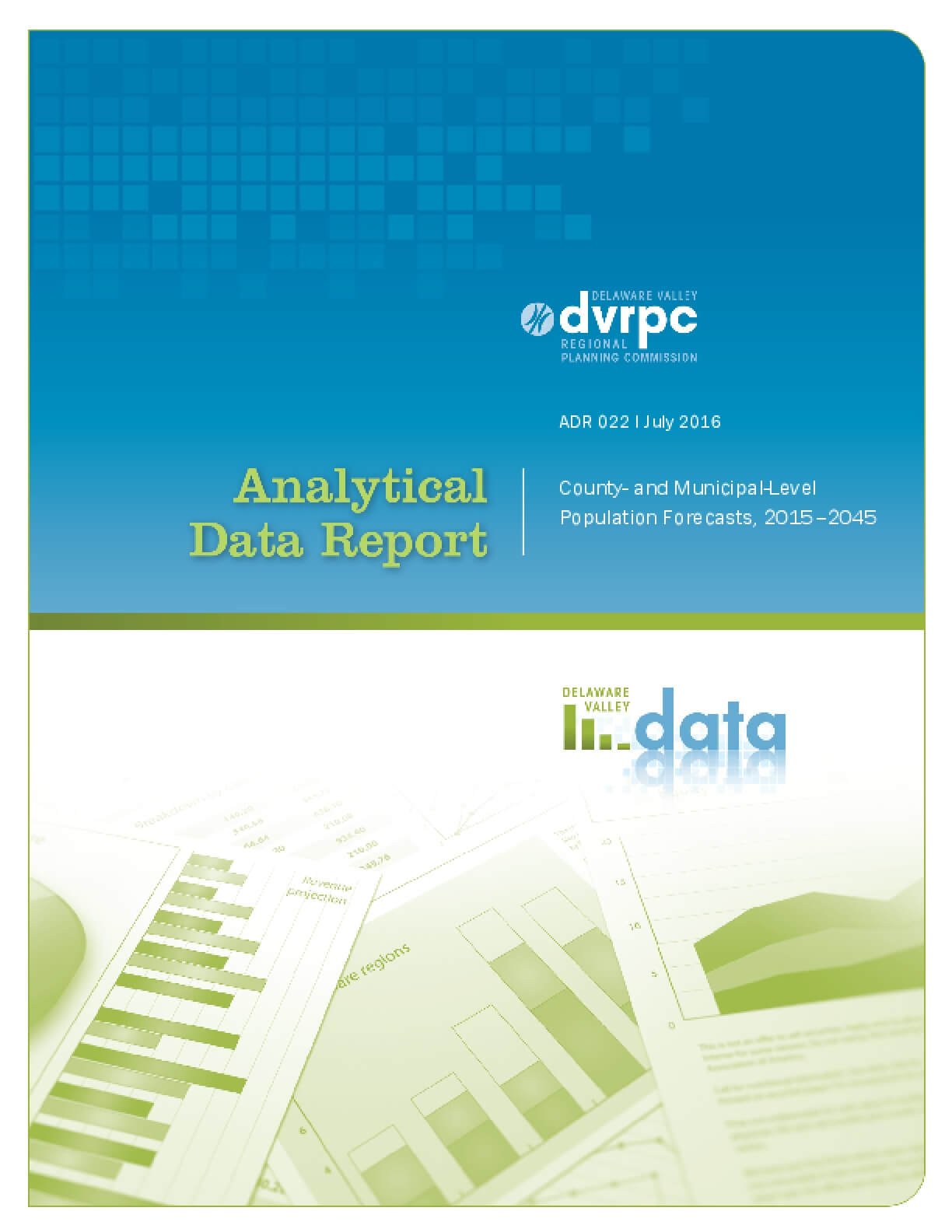