Anatomy of a Successful Campaign for Election Day Registration in Iowa

Demos conducted a telephone survey of 27 individuals involved in Iowa's EDR campaign from June to July, 2007. Interviewees included legislative leaders, election officials, lobbyists, public policy advocates and grassroots organizers.4 Follow-up conversations were initiated in subsequent months. The results are summarized herein. We believe that the insights gained by this research will prove instructive to those interested in pursuing Election Day Registration legislation in their states. In general, individuals who participated in the Demos survey shared a common perception of the reasons behind Iowa's successful EDR campaign. Election Day Registration passed in 2007 because of new, progressive political leadership; a strategic organizing and lobbying campaign; the support of the state's chief elections officer; and the neutralization of any opposition by county auditors. Each would prove essential to the outcome. 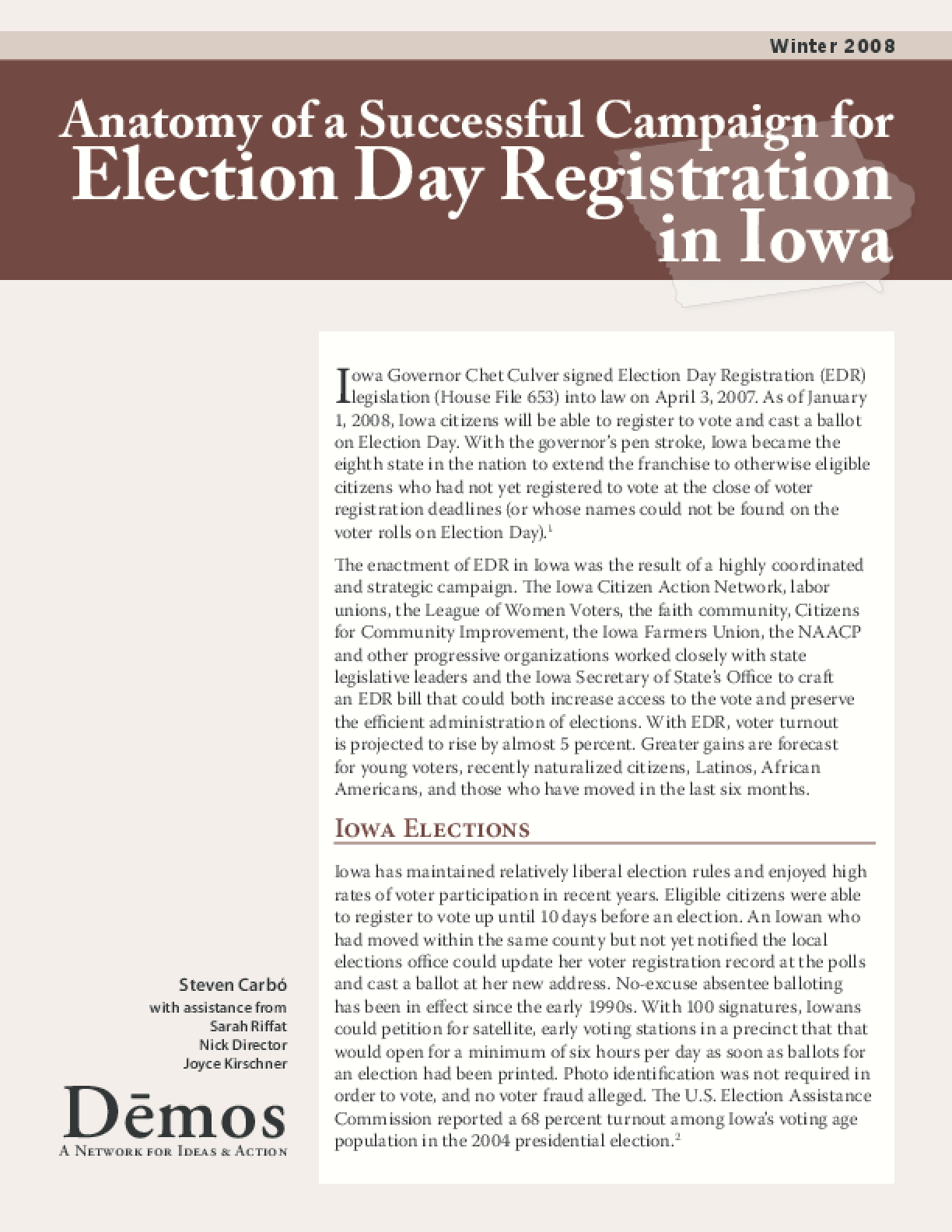