After more than three decades of war, the humanitarian situation in Angola is catastrophic. Yet with Angola's resources in oil and diamonds, it could be one of the richest countries in the developing world. The Angolan government has the responsibility to increase its commitment to humanitarian relief and social spending. In addition, the international community must press both sides to make significant moves towards peace. 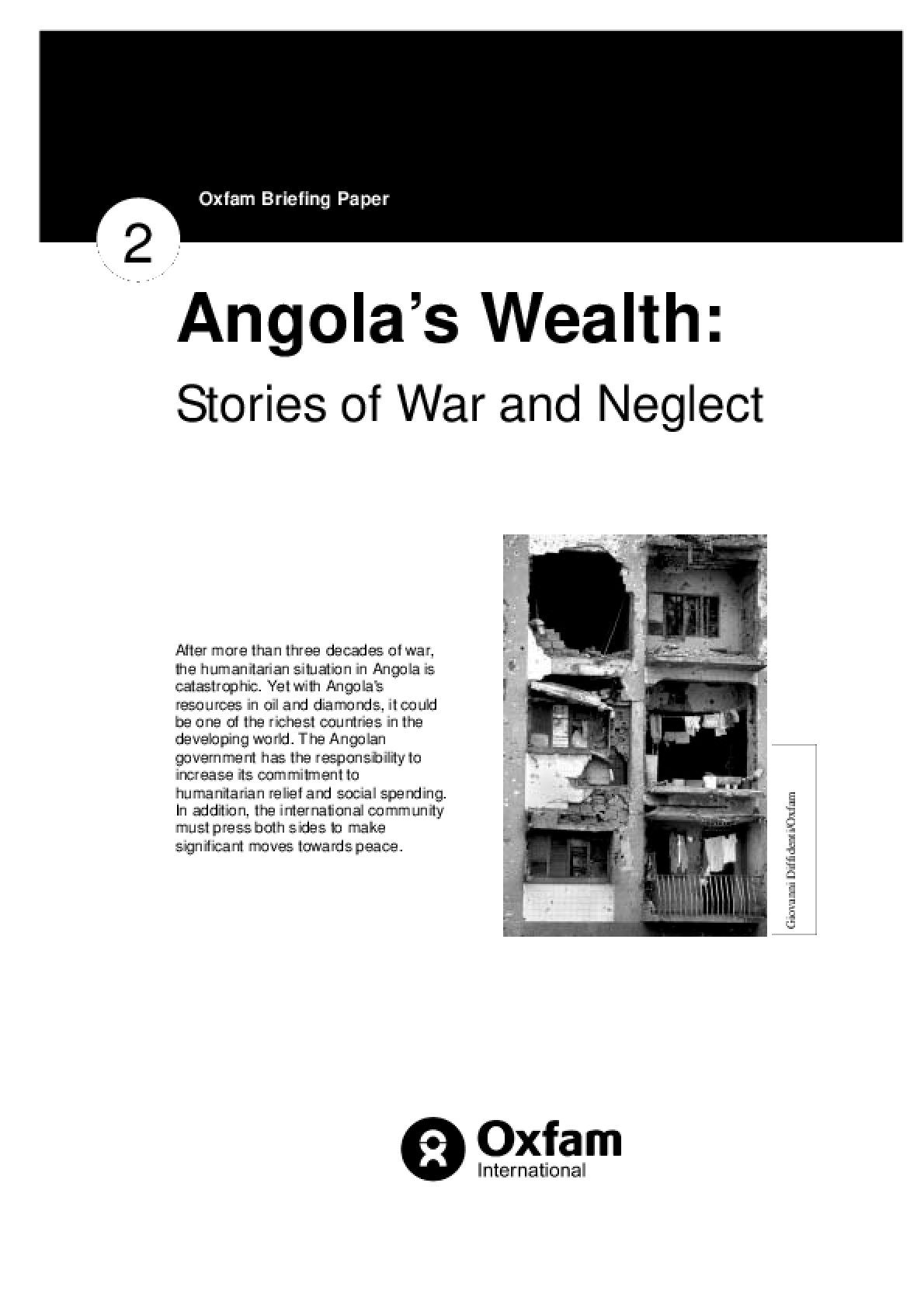