Another America is Possible: The Impact of NAFTA on the U.S. Latino Community and Lessons for Future Trade Agreements

A joint report by Labor Council for Latin American Advancement and Public Citizen's Global Trade Watch. The Labor Council for Latin American Advancement (LCLAA) and Public Citizen celebrate the promise of increased interaction and cross-border cooperation among different nationalities on pressing global concerns. This is why we are concerned about the current model of corporate globalization being fostered by "free trade" agreements such as the North American Free Trade Agreement (NAFTA). Negotiated behind closed doors by unelected and largely unaccountable bureaucrats who represent mainly business interests, these trade agreements invariably fail to promote equitable regional integration and cooperation. Instead, this model of corporate globalization explicitly benefits large multinational corporations at the expense of workers, farmers, immigrants, women, people of color, the environment and democratic governance. As the fastest-growing sector of the U.S. population, Latinos are and will continue to be among the groups most affected by this model of corporate globalization. Whether newcomers from El Salvador or fifth-generation Mexican-Americans, U.S. Latinos are seeing adverse effects on their job security, health and environment. Many are immigrants who left their homelands due to the economic and social devastation caused by the current globalization model. In both the United States and in their countries of origin, Latinos have seen their environment and their livelihoods harmed by the status quo globalization package of free trade, investment and finance liberalization, new protections for foreign investors and intellectual property, and new powers that enable multinational corporations to attack state, local and federal public interest laws. In this report, we examine the impact of NAFTA on Latino communities throughout the United States. Implemented in 1994, NAFTA is the most fully realized version of the corporate globalization model. It is currently being used as the blueprint for other trade and investment agreements that the Bush Administration is pushing in the hemisphere, such as the Central American Free Trade Agreement (CAFTA), the Free Trade Area of the Americas (FTAA) and an array of bilateral free trade agreements with the Andean countries (Bolivia, Colombia, Ecuador and Peru) and Panama. Although we support trade, we feel that NAFTA is not the model to follow and should not be copied in these agreements. 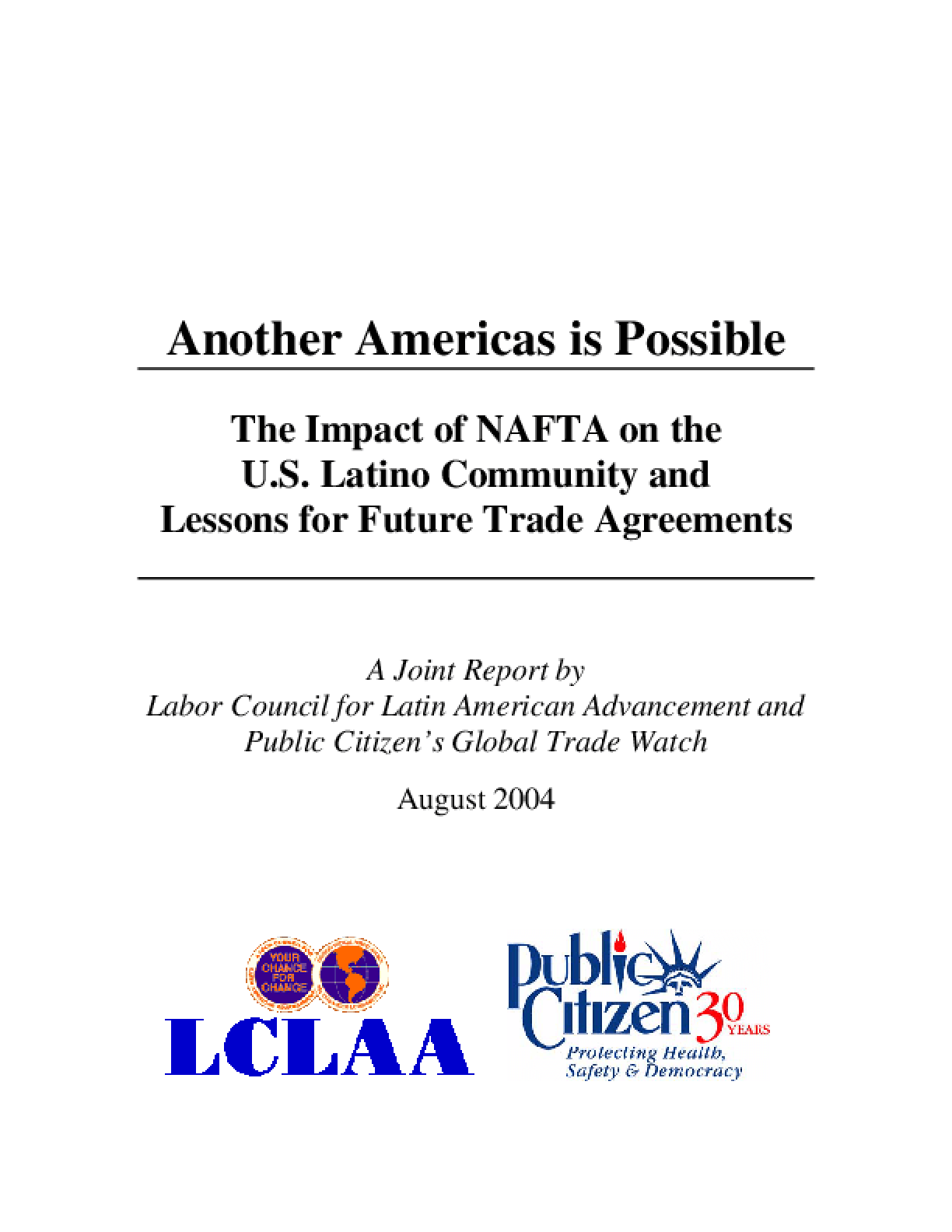