Antarctic Ocean Legacy: Towards Protection of the Weddell Sea Region

Ice-bound, wild and remote, the Weddell Sea is a large, deep embayment nestled between the Antarctic Peninsula and Cape Norvegia. Lying south of the Atlantic Ocean, it is one of the most intact ecosystems in the world.At its widest, it is 2,000 km across, with the whole region encompassing 3.4 million km. The Weddell Sea has often been inaccessible to humans, but as research has increased over the past few decades, a picture has emerged of a vibrant marine ecosystem sustained by a combination of currents, seafloor features and ice. This research has revealed incredible biodiversity, particularly on the seafloor, with dozens of new species discovered on recent sampling expeditions. There are many more species yet to be discovered. Several species of whales and dolphins and six species of seals are found in the Weddell Sea, as well as a diversity of fish and seabirds. Even at depths of 6,000 metres, life has been found, underscoring the incredible diversity of life in the region. Nutrient rich currents interact with seafloor features, sea ice and ice shelves in a complex system that results in hotspots of plankton growth on the surface, supporting life from the surface to the ocean depths. The complexity of the Weddell Sea's region's undersea landscape enhances the diversity of life under the waves and ice by creating varied habitats for different undersea animals. The enormous richness of life generated by these interactions supports many seabird and mammal species including emperor penguins, Weddell, crab eater, and elephant seals as well as minke, humpback, blue, and fin whales. These animals come to feed on krill and silverfish, found in the many areas of high phytoplankton production (also known as "primary productivity") throughout the region. Yet climate change is having major impacts on the region with disruption to the icy environment. Changes in sea ice could be devastating for many species whose life cycle depends on pack ice. Protecting the unique, ecologically intact, and diverse deep-water regions of the Weddell Sea in a system of large-scale marine reserves and MPAs would ensure that its rich benthic biodiversity, krill populations, and large predators (including whales) continue to thrive. 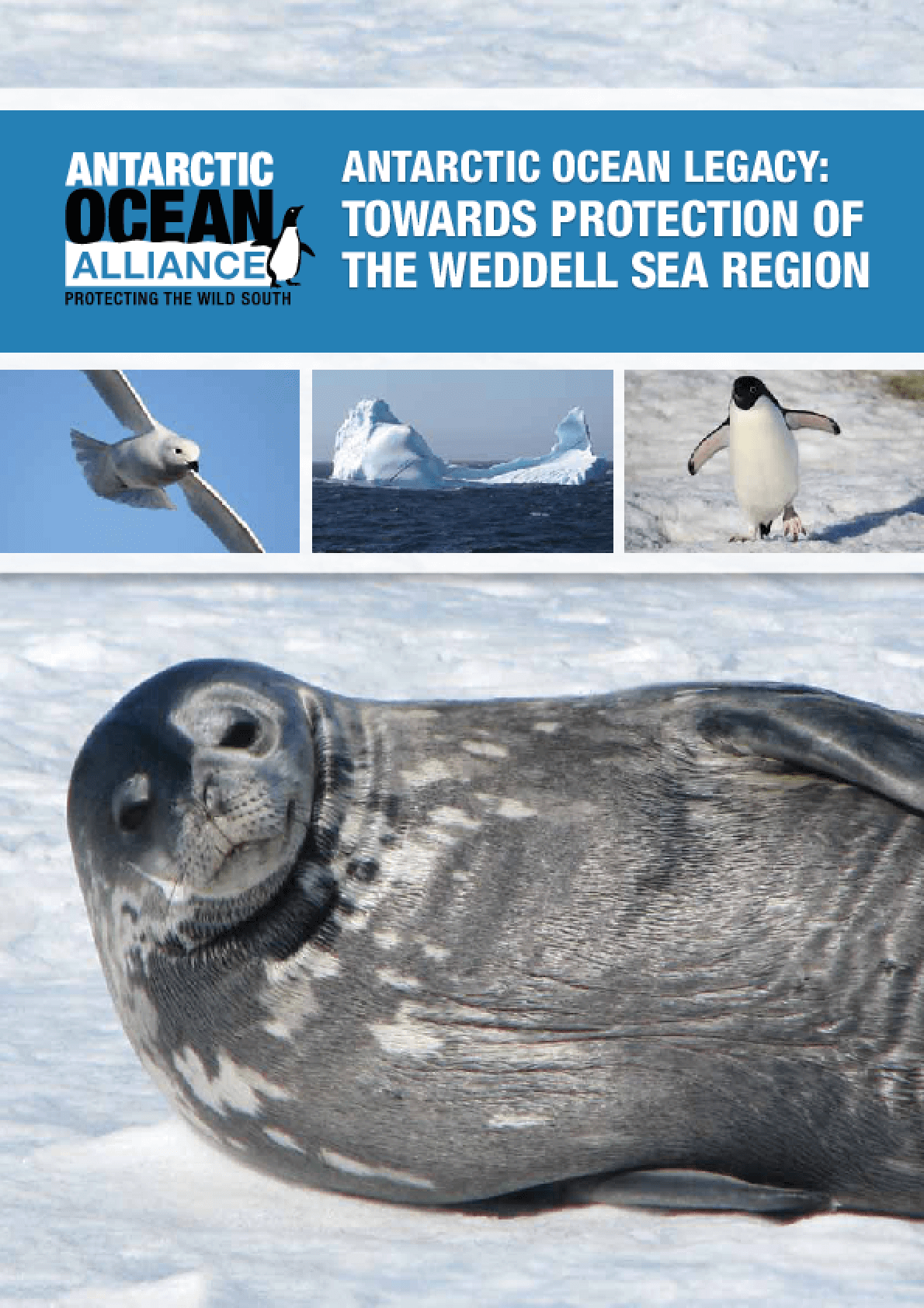