Anxiety, Nostalgia, And Mistrust: Findings from the 2015 American Values Survey

The nonpartisan Public Religion Research Institute (PRRI) conducted the 2015 American Values Survey among 2,695 Americans between September 11 and October 4, 2015. The sixth annual AVS measures public opinion about the economy, racial discrimination, the criminal justice system, trust in public institutions, perception of the Tea Party, the relationship between religious affiliation and political attitudes, views of immigrants, and how demographic changes impact the cultural landscape in the country. 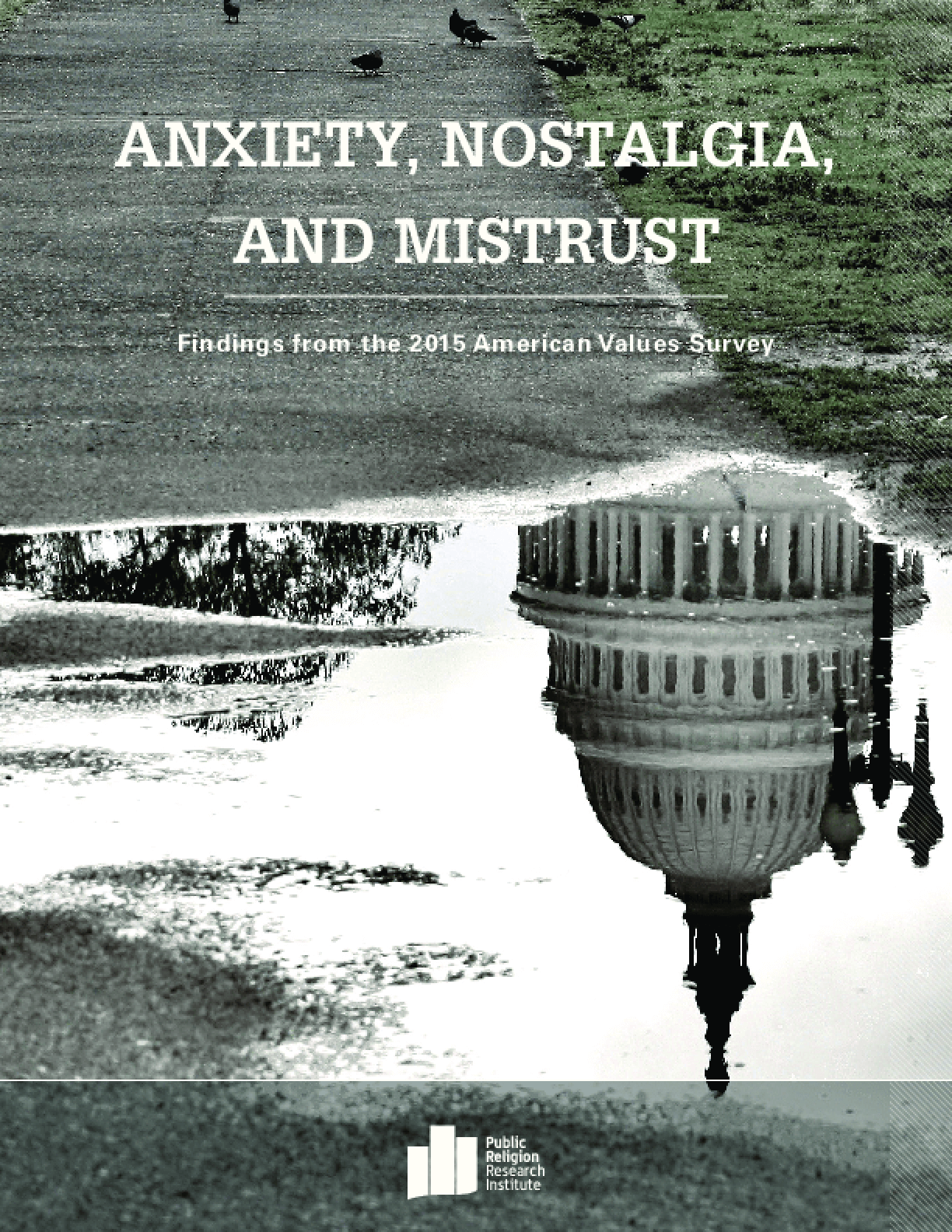