Even with the growing API population in the San Francisco Bay Area, more numbers does not necessarily equate to more power. Indeed as Stacy Kono of Asian Immigrant Women's Advocates says in our article on the census; "In some ways the increase in API numbers is irrelevant. The issues of racism and sexism we deal with are still prevalent." At APEN we believe that if these new populations can be organized, they represent a major force in fighting for change. Suzanne Bourguignon, a graduate student at the University of California at Berkeley is working with APEN's new Organizing Director, Vivian Chang to research the impact of this population surge and examining the capacity and potential strategies for new environmental justice organizing in an API community in the Bay Area. And our existing campaign at LOP is currently getting involved in creating alternatives. We are working with Richmond Vision 2000, a collaborative between labor, faith, and community groups, to develop a package of policy recommendations including rent control and re-development policies to present to the city of Richmond to address the displacement many low-income residents are facing. Today the need for such alternatives is unfortunately more pressing than ever before in the last few decades. The escalating call for a "campaign against terrorism" and a war in Afghanistan has resulted in the clock being rolled back decades in areas ranging from civil rights to environmental protection, under the guise of a patriotic response to the events of September 11, 2001. President Bush has changed the direction of this country to a war machine in ways that will have dramatic impacts on social service programs and environmental justice. 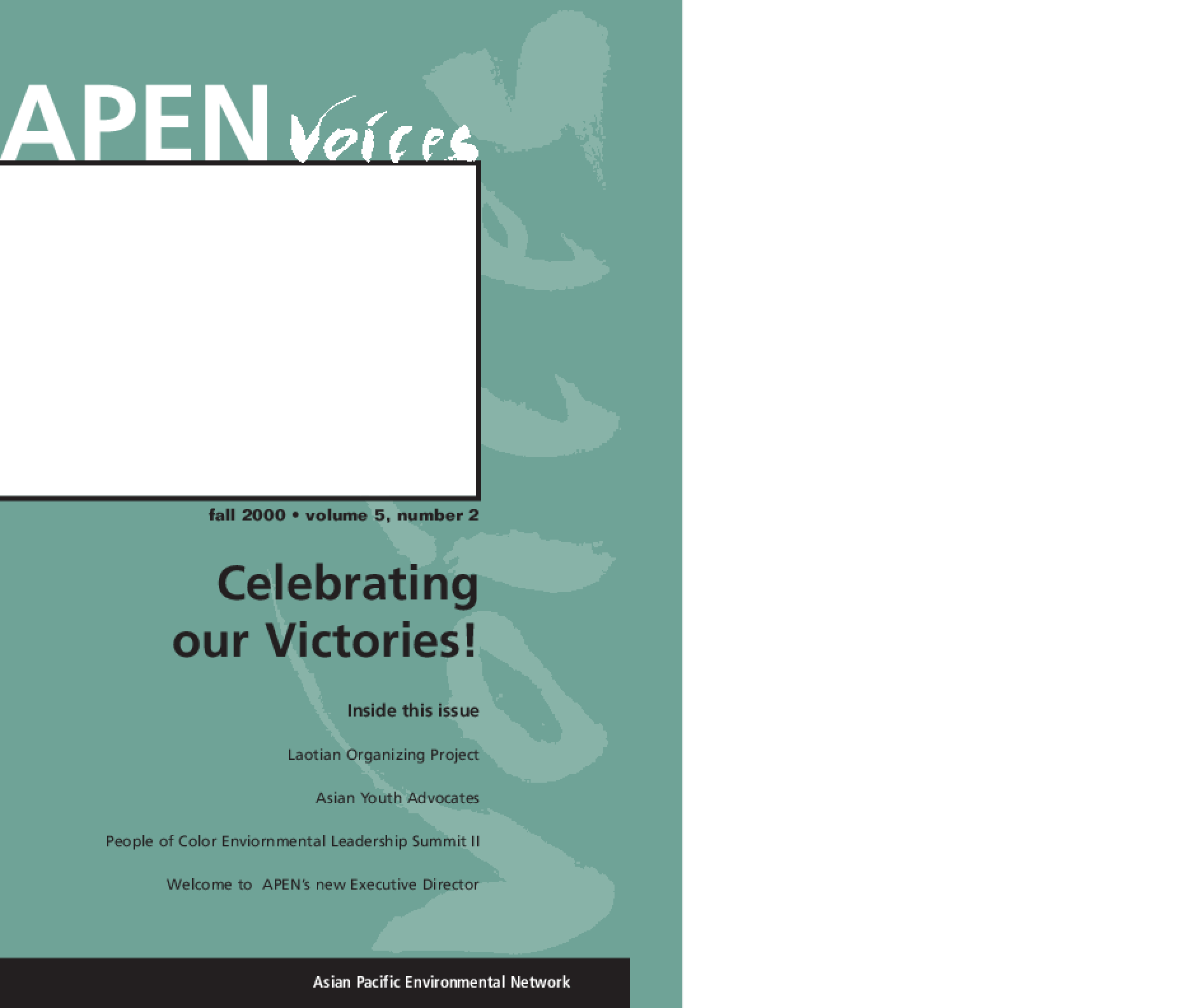