The homeless crisis in Los Angeles County has been increasing and demands an urgent, coordinated response from the County, cities, and community partners throughout the region. According to the Los Angeles Homeless Services Authority (LAHSA), the total point-in-time homeless population in Los Angeles County was 39,461 in 2013 and 44,359 in 2015, which equals a 12.4 percent  increase. The homeless population in tents, makeshift shelters, and vehicles saw an enormous increase of 85 percent from 2013 (5,335) to 2015 (9,335).

To develop the recommended strategies, the Homeless Initiative conducted 18 policy summits on nine topics from October 1 to December 3, 2015, which brought together 25 County departments, 30 cities and other public agencies, and over 100 community partners and stakeholders.

These policy summits resulted in 48 recommended strategies divided into six areas which are each key to combating homelessness: 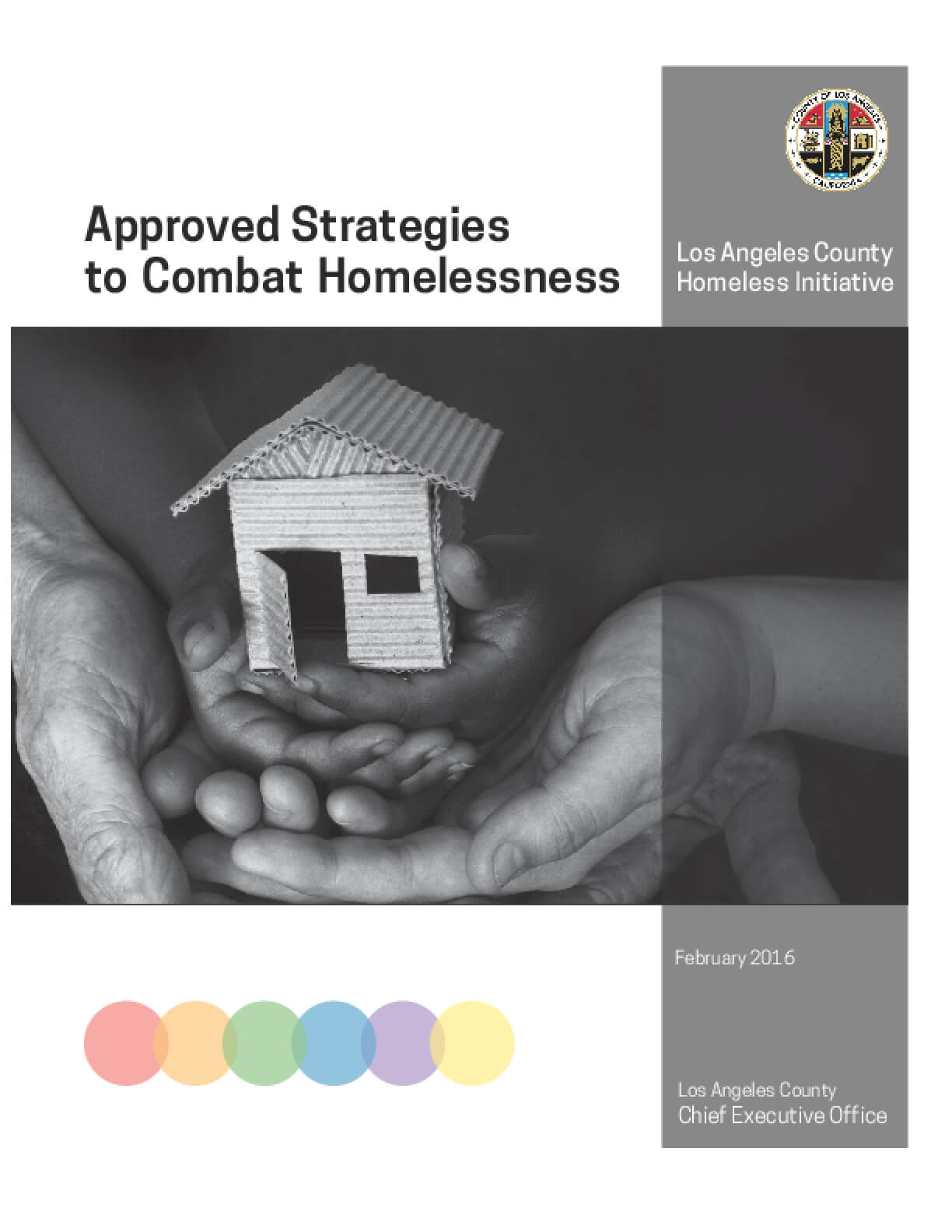