Existing evidence suggests that U.S. Government budget receipts forecasts are unbiased and efficient. Our study is an attempt to examine the veracity of these findings. The time series framework employed in this study is distinguished from previous work in three ways. First, we build a model that explicitly admits serial correlation in the residuals by allowing for autoregressive, moving-average, serial correlation. Second, we employ the nonparametric Monte-Carlo bootstrap to free ourselves from reliance on asymptotic distribution theory which is suspect given the short data series available for this study. Third, we control for errors in the macroeconomic and financial assumptions used to produce the U.S. Government's budget forecasts. We find that the U.S. Government's annual, one-year ahead, budget receipts forecasts for fiscal years 1963 through 2003 are biased and inefficient. In addition, we find that these forecasts exhibit serial correlation in their errors and thus do not efficiently exploit all available information. Finally, we find evidence that is consistent with strategic bias that may reflect the political goals of the Administration in power. Working Paper 07-22 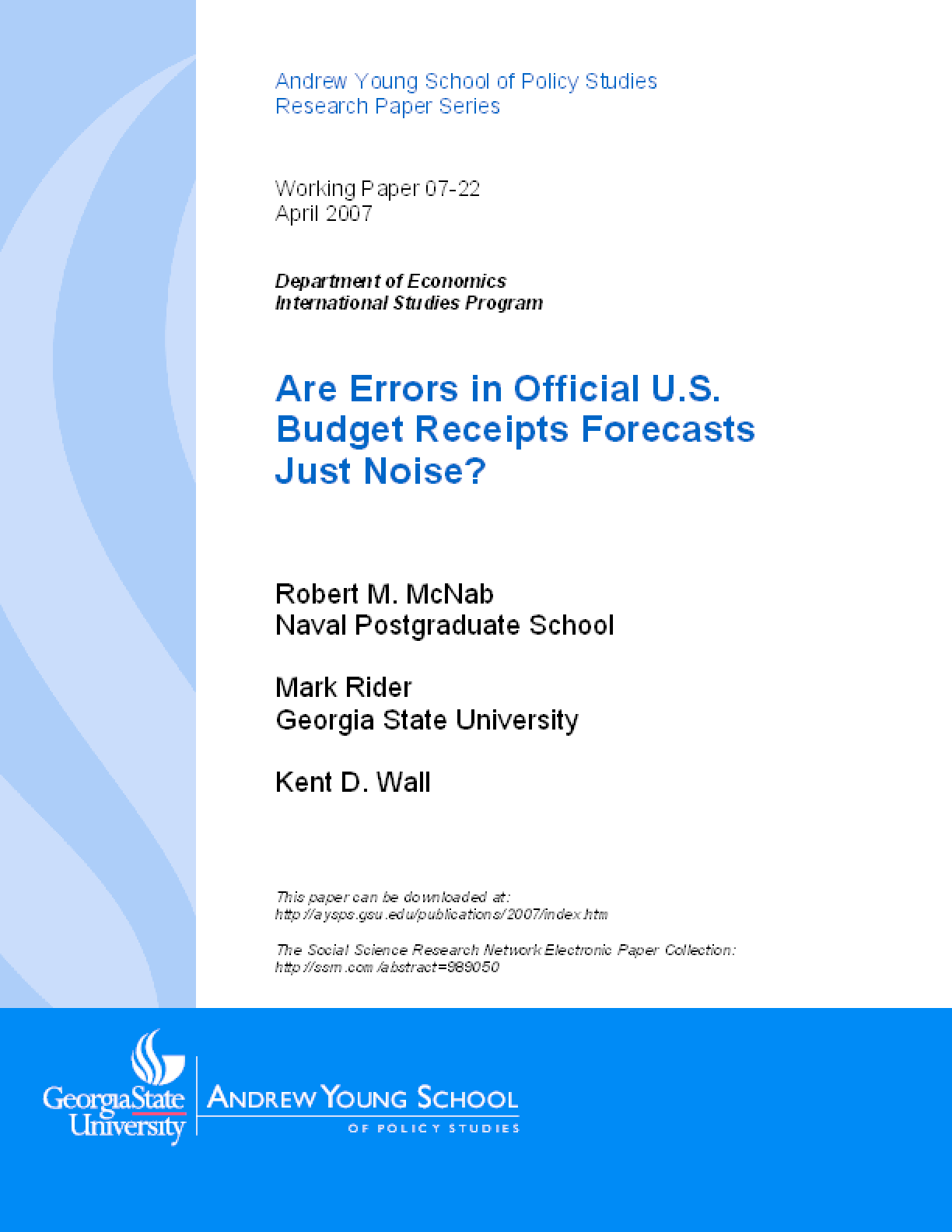