All it takes is a quick visit to Glasspockets.org to see just how fast and how far foundations have come in terms of using social media. As of August 2010, the web site had documented the Web 2.0 activities of more than 650 foundations, including 271 that are active on Facebook, 190 on Twitter, 102 with blogs, and 93 on YouTube. While such statistics provide clear evidence that foundations are actively using social media, just how engaged are the leaders of foundations themselves with these new communications tools? In July 2010, the Foundation Center surveyed members of its Grantmaker Leadership Panel in order to find out. Completed surveys were received from 73 of 228 current Panel members, for a response rate of 32 percent. 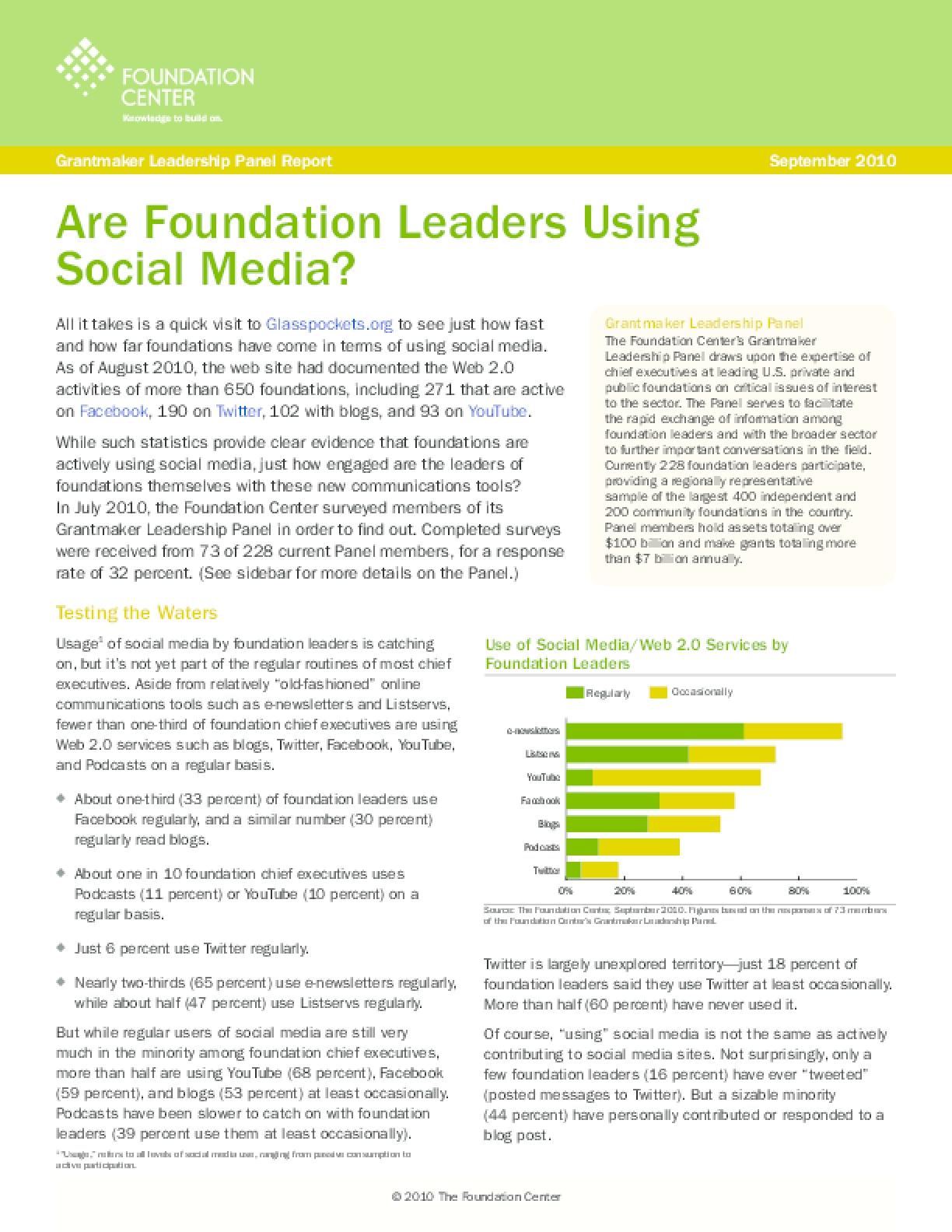