Are metropolitan areas with larger immigrant populations more sensitive to economic downturns? And, if so, how quickly are these immigrant-heavy regions able to recover?

While it is too soon to draw conclusions from the Covid-19 pandemic, the Great Recession of 2008 offers important lessons on how well local economies recover. As past research suggests, immigrant workers often have complementary labor force characteristics — meaning they possess different skills and work in different industries than U.S.-born workers — yet they are also often disproportionately affected by economic downturns. Given that immigrants make up significant shares of the workforce in key industries, such as technology, construction, accommodation, food services, and agriculture, the ability of immigrants — and, by extension, immigrant-dense local economies — to bounce back will have significant impact on the overall recovery of the U.S. economy. As such, examining how immigrant-dense metro areas fared during and after the Great Recession compared to less-immigrant-dense communities could help policymakers better anticipate and recover from a Covid-19 recession.

To this end, we first analyze data from the American Community Survey to assess how employment rates fluctuated during and after the Great Recession in the 100 largest metro areas in the United States. After factoring for differences in industry and the workforce in each, we then determine whether and how immigrant density contributes to the economic resilience of metro areas. Lastly, we divide our analysis into two periods: the recession (2008-2012), to determine how sensitive metro areas with different immigrant densities were to economic shocks; and the recovery (2012-2015), to determine how quickly employment rates rebounded in metro areas with different immigrant densities. 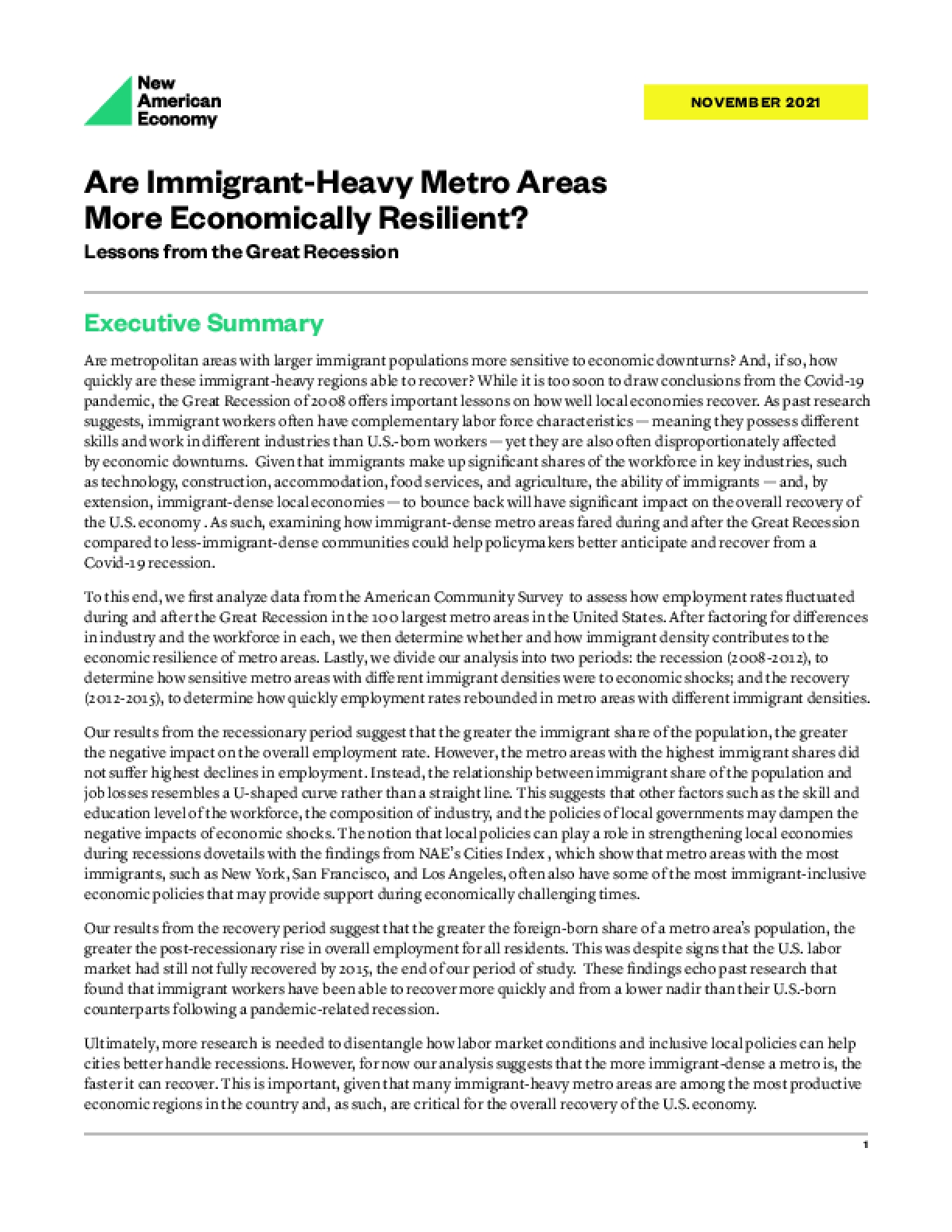