The Argsy Foundation is pleased to present our Annual Report for 2014. This year, the Foundation made grants totaling $5.3 million in support of the arts, environment, health, human services, and education organizations nationwide. As in years past, the foundation partnered with some new organizations, as well as longstanding partners whose work we have been honored to support. While most of 2014's grants were conceived in 2013, the events of 2014 offered numerous opportunities to reflect on racial and economic inequality, health care, and the impacts of climate change, among other salient issues. 2014 invited us to look deeper at the scope of our grants and whom they affected, as well as how we might proceed in 2015. Despite a drop in unemployment and strong markets, in 2014 millions of American families still struggled to make ends meet and not enough was accomplished to address climate mitigation and adaptation (despite increasing incidence of natural disasters). 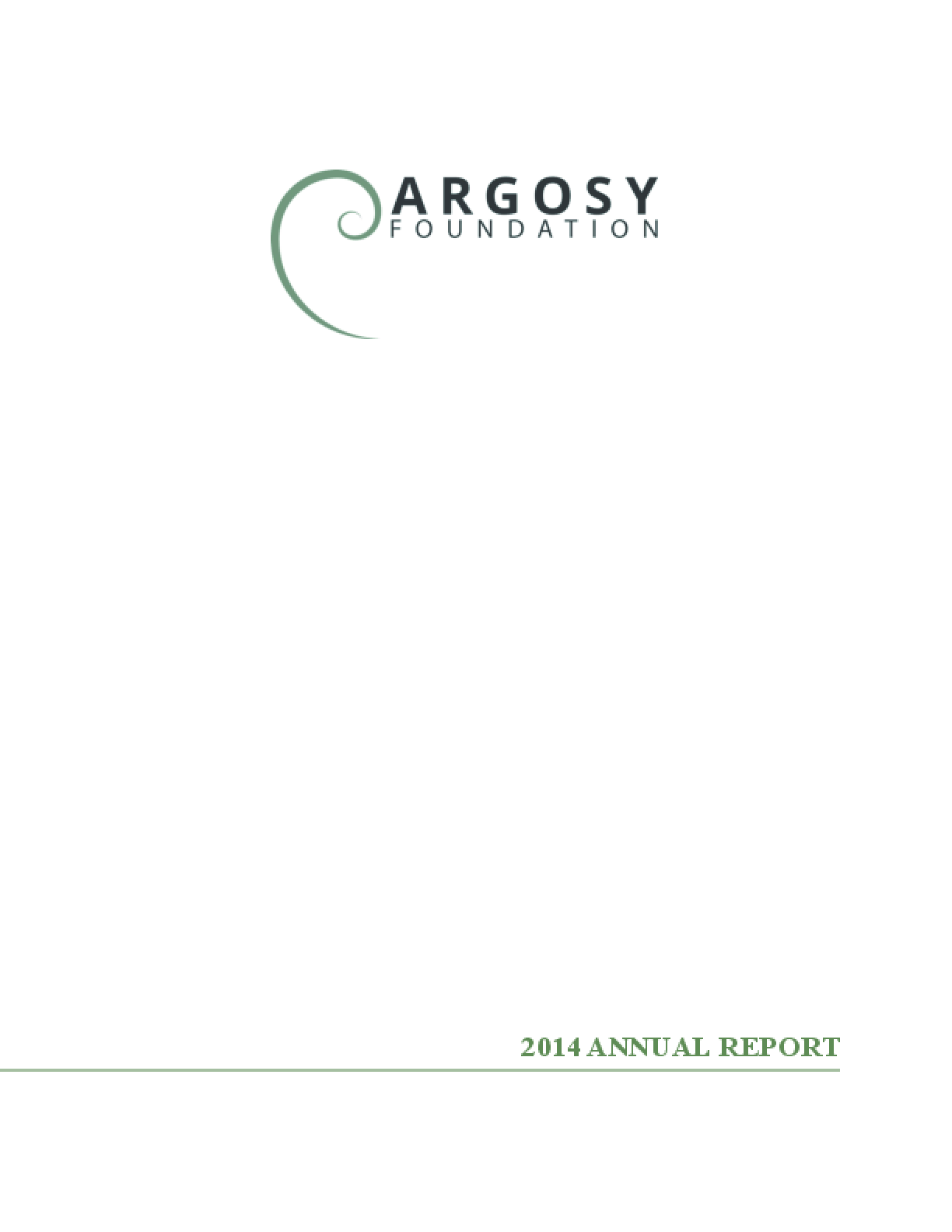