A report, released by the Rockefeller Institute of Government and the Arkansas Center for Health Improvement (ACHI), reveals significant collaboration between Arkansas's public and private sectors to expand health care coverage through the Health Care Independence Program (commonly known as the "private option") and the federally facilitated marketplace partnership. The report is the most recent in a series of state and regional studies advanced by a national network examining the rollout of the Affordable Care Act (ACA). The national network, with 40 states and 74 researchers, is an effort of the Rockefeller Institute of Government at the State University of New York, the Washington-based Brookings Institution, and the Fels Institute of Government at the University of Pennsylvania. 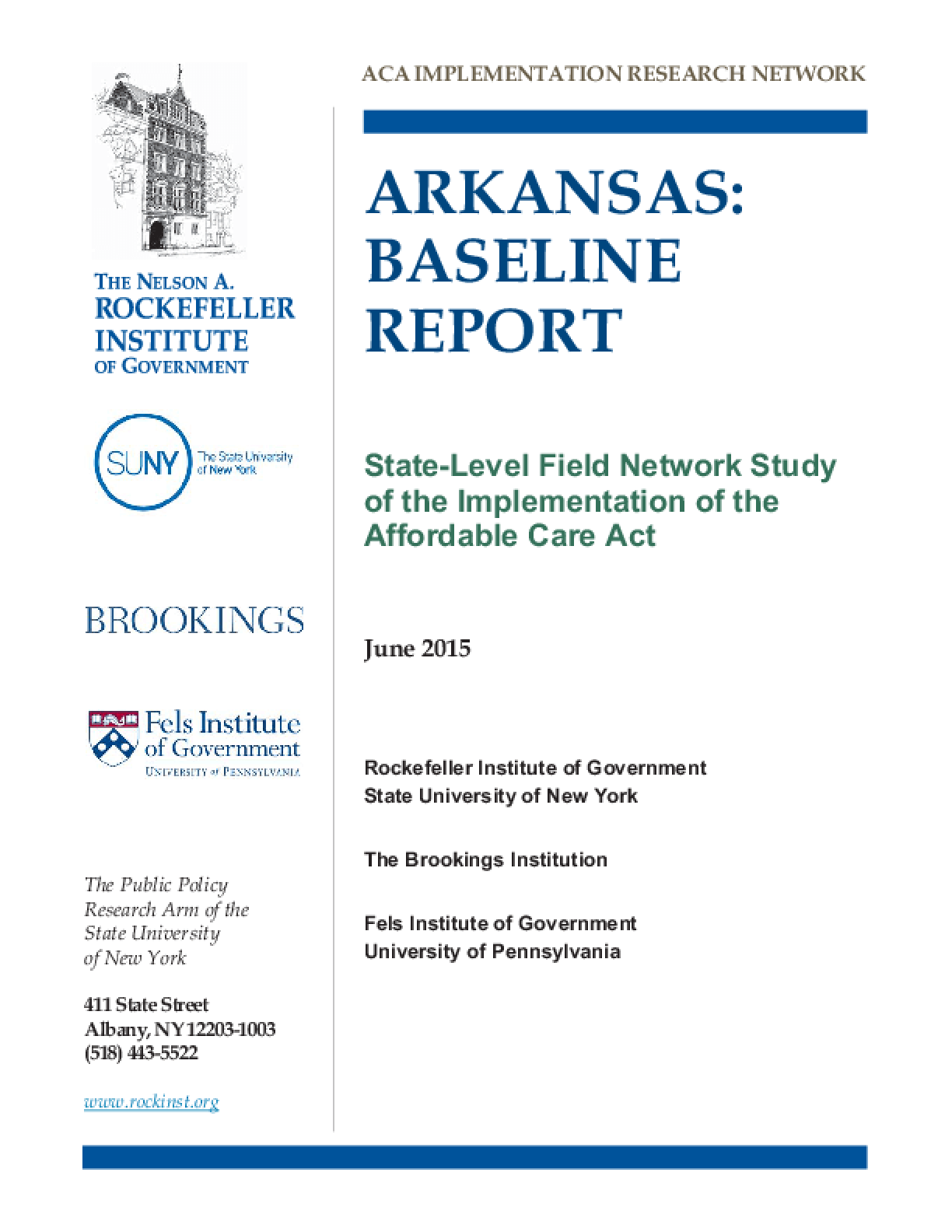