Armed and Dangerous: How the Gun Lobby Enshrines Guns as Tools of the Extreme Right

Having tracked the gun lobby, in particular the NRA, for years, Everytown for Gun Safety Support Fund (Everytown), in this report, examines the role of the gun lobby in exposing broader audiences to the potentially radicalizing messaging of the far right, fanning the flames of anger and fear in those already radicalized, and advocating for lax gun laws that enable violent extremists to arm themselves. The report further discusses what the dangerous confluence of reckless rhetoric, gun lobby influence, and armed extremism means for our democracy, in particular the prospect for extreme-right violence around the upcoming election.  Unfortunately, there are several examples of extreme-right violence in the recent past in which these conditions resulted in tragedy. 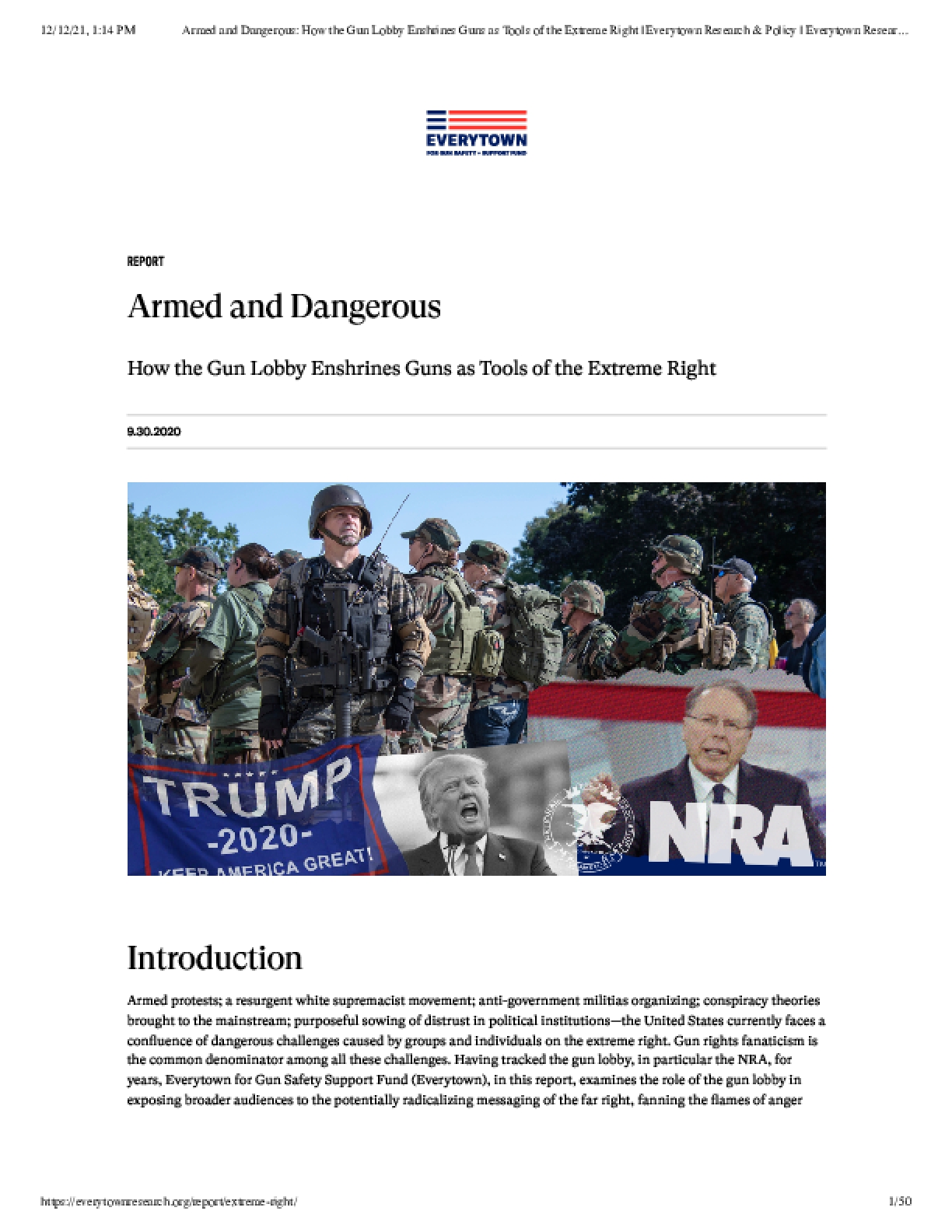