An agreement reached at the World Trade Organisation in July this year on how to move forward in the Doha Development Round of trade talks does not offer any cast iron guarantees that poor countries will get the reforms they so badly need. After months of informal negotiations failed to resolve basic disagreements, the talks - which collapsed in Cancun in September 2003 - were pulled back from the brink at the eleventh hour in Geneva. This was hailed as a great leap forward. There was - and rightly so - a palpable sense of relief that the round had not collapsed. However, beyond the avoidance of outright failure, the agreement offers few causes for celebration. While there are some small wins for poor countries, overall the July framework is a minimal agreement that keeps talks and the WTO afloat, but fails to bridge continuing stark disagreements between developing and developed countries, let alone guarantee a pro-development outcome. 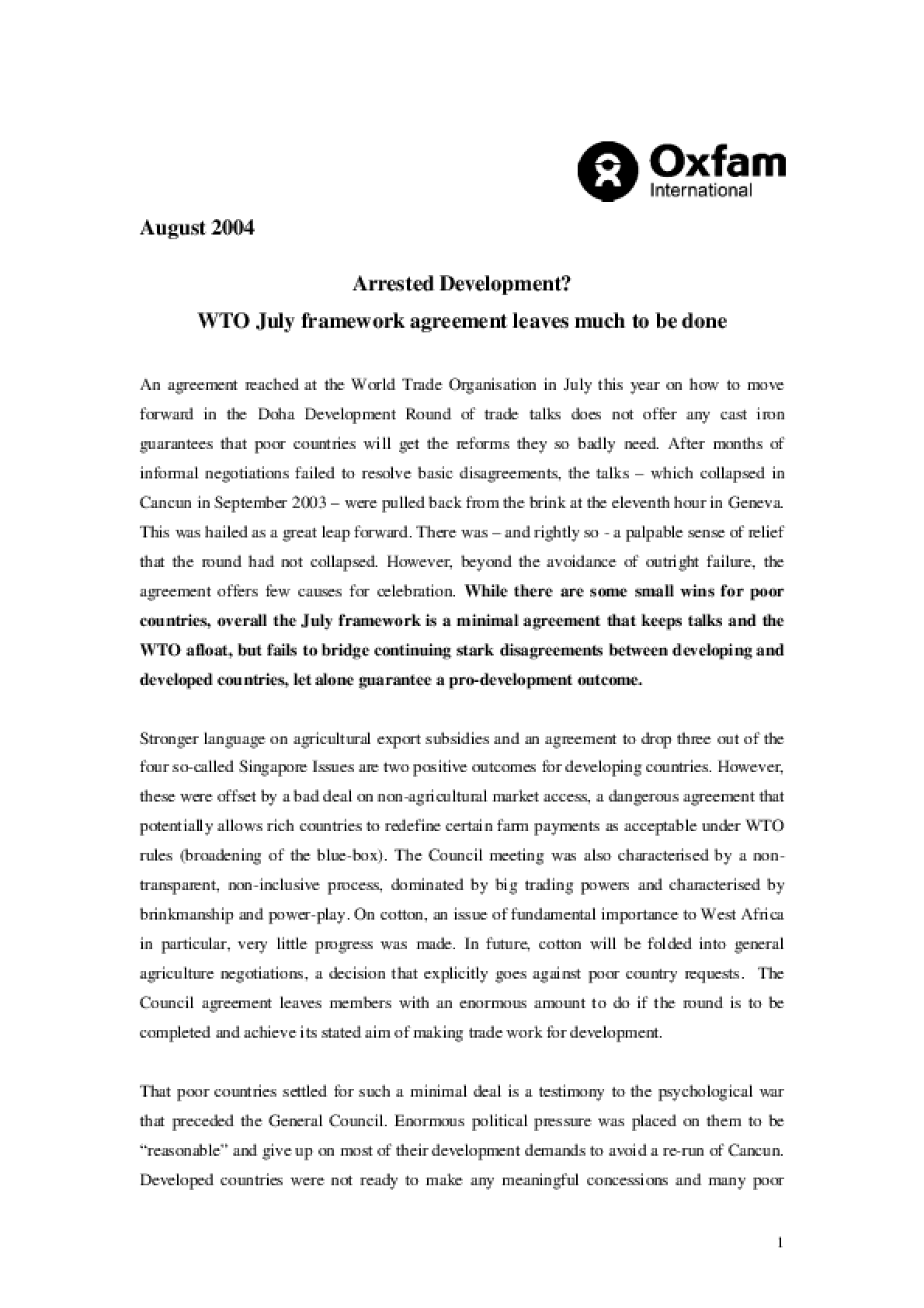