Six million Americans a year have involuntary contact with the police, excluding traffic stops (Weaver and Lerman, 2010). These encounters are often especially fraught and traumatizing for youth. Young people of color, in particular, have spoken out eloquently about the unwanted contacts with police in their communities. In Chicago, thousands of juveniles are arrested every year by law enforcement. There are six possible decision points1 in the interaction between police and young people. Police have the power to decide the following: Each of these decision points involves the police officers' use of discretion. These points of contact determine whether or not a particular young person will ultimately be referred to court and held in detention. While we know that thousands of young people in Chicago come into contact with law enforcement daily, there is no broad-based public outcry over this reality. Arresting Justice is an attempt to provide relevant, timely and accessible data about juvenile arrests to community members in Chicago in the hopes of spurring action. The sponsors of this report are First Defense Legal Aid and Project NIA. First Defense Legal Aid (FDLA) has been dedicated to issues of indigent defense, police accountability, and the protection of civil rights for over 15 years. FDLA's mission is two-pronged: to ensure equal justice to people in custody at Chicago Police stations and to educate the people of Chicago about the power of their Constitutional rights during police encounters. Project NIA's mission is to dramatically reduce the reliance on arrest, detention, and incarceration for addressing youth crime and to instead promote the use of restorative and transformative practices, a concept that relies on community-based alternatives. Through community engagement, education, participatory action research, and capacity-building, Project NIA facilitates the creation of community-focused responses to violence and crime. Both organizations believe that the first step to dramatically reducing juvenile arrests in Chicago is to mobilize our broader community to address the problem. Timely and relevant data documenting the scope of the issue is critical to such mobilization efforts. We hope that this report serves as a clarion call to those who are interested in preventing youth from getting caught up in the juvenile and criminal legal systems. 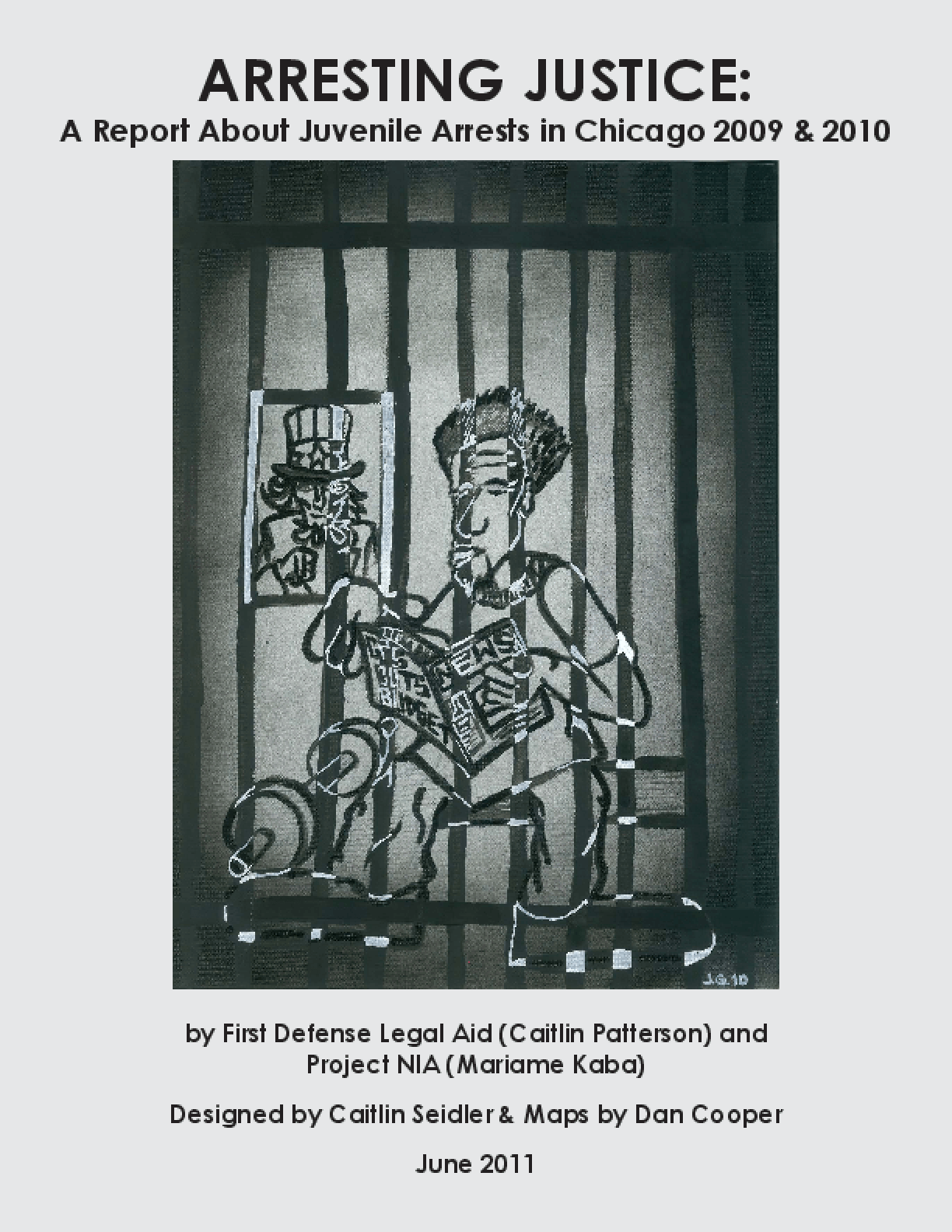