In 2014, Ithaka S+R partnered with The Andrew W. Mellon Foundation, the Association of Art Museum Directors (AAMD), and the American Alliance of Museums (AAM) to study the representational diversity within art museums through quantitative means. To collect this data, Ithaka S+R developed a survey instrument which was administered to directors of AAMD and AAM member art museums.

Four years later, we have administered a similar instrument to these museum directors in order to gauge the extent to which museum staff have changed demographically in recent years. The instrument was slightly expanded, affording new insights into the composition of art museum employees. 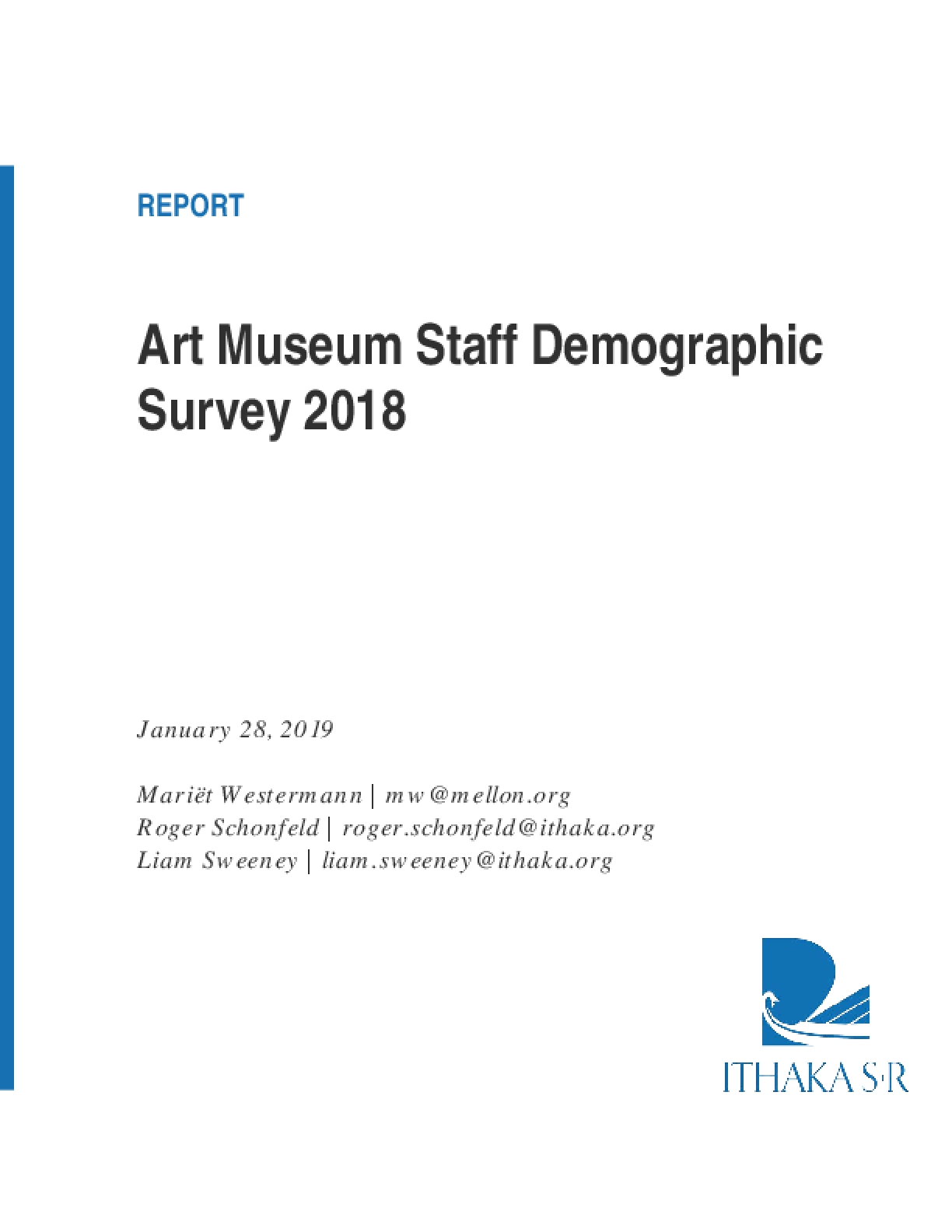