Foundation Center offers these key findings from GIA's thirteenth snapshot of foundation giving to arts and culture. The definition of arts and culture used for this snapshot is based on the National Taxonomy of Exempt Entities and encompasses funding for the performing arts, museums, visual arts, multidisciplinary arts, media and communications, humanities, and historical preservation. Most importantly, the findings tell us about the changes in foundation giving for the arts between 2011 and 2012 by a matched set of 714 funders and the distribution of 2012 arts and culture giving by the 1,000 largest US foundations by total giving.1 They are based on all arts grants of $10,000 or more reported to Foundation Center by these sets of the largest US foundations, hereafter referred to as "the sample".2 The Center has conducted annual examinations of the giving patterns of the nation's largest foundations for close to four decades. 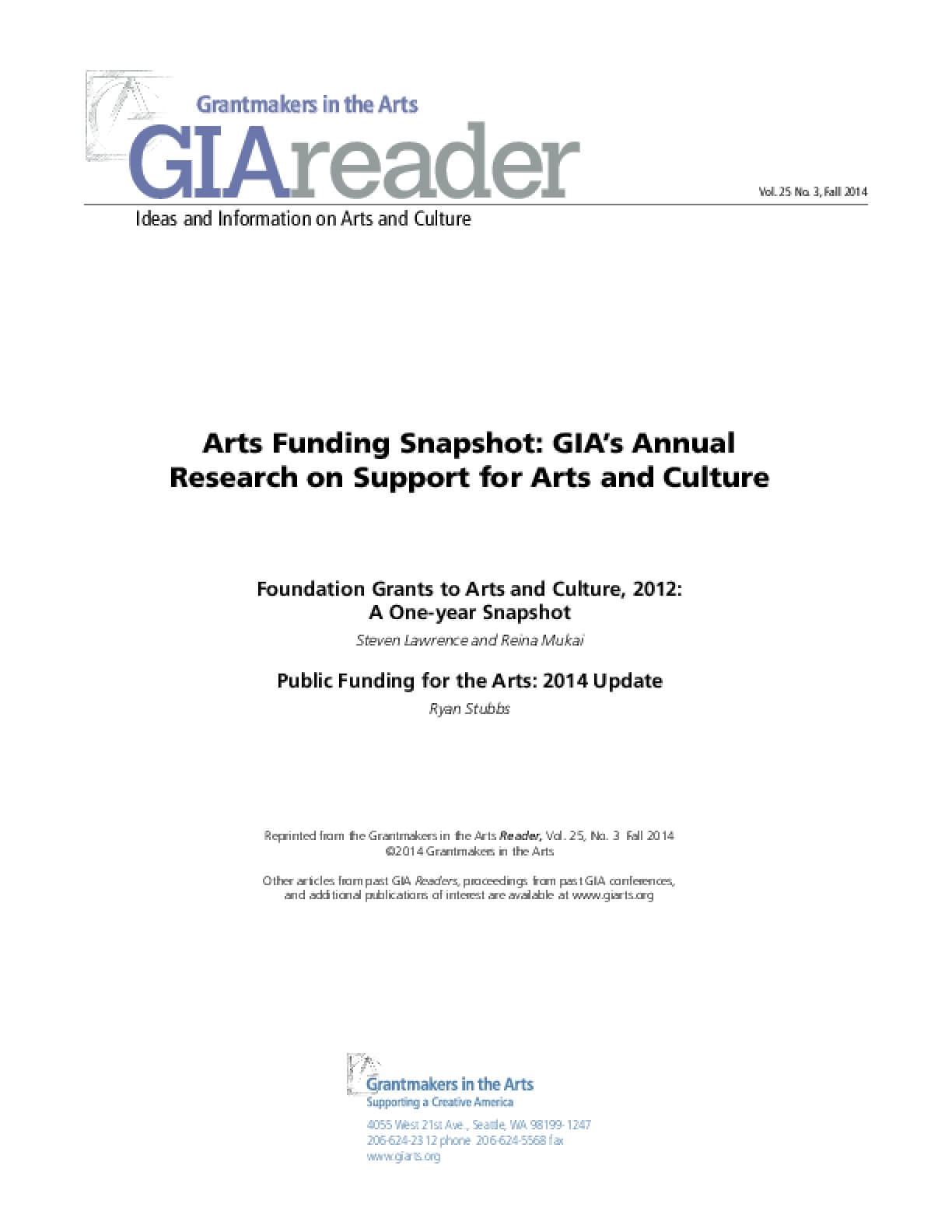